Throughout my travels, I frequently find myself fascinated with various types of railroad engineering. During my five years at Amtrak, I got the chance to observe quite a few distinctive machines devoted to the process of building railroad tracks. Particularly memorable were Portal-Krane 1, which maneuvered large pre-constructed switches into position during Penn Station Renewal, the catenary maintenance cars that lift technicians into position to service the wires on the Northeast Corridor, and the various rail grinders and welding machines used to replace Continuous Welded Rail (CWR).

Closer to home but in a similar vein, Metro-North’s rail train has recently been spotted cruising the system. Delivered via CSX about two weeks ago, the train is loaded with long strings of CWR, which it is unloading and dropping off at points along the right-of-way to be installed at a future date. Metro-North is utilizing the services of A&K Railroad Materials, Inc., whose equipment is capable of carrying 1,600 foot strings of CWR. The equipment is marked as belonging to V&S Railway, a shortline in Kansas, which A&K is affiliated with.

Sighted last weekend at Riverdale, it was captivating to watch the machine slowly pull out one of the stored pieces of rail which untethered to any ties seemed to bend like a long strand of spaghetti. The stored rails were pulled forward and then maneuvered by the machine to the side, then lowered. After the front of the rail was placed in position on the ground, the train slowly reversed to unload the entire length of the rail. Two workers ensured the deposited rail was properly positioned in between the tracks and then they too departed, returning the picturesque locale to its former quietude—at least until the next local arrived at the station some minutes later.

The rail train will be continuing its journeys after Memorial Day, and is expected to be operating on the Harlem Line shortly. 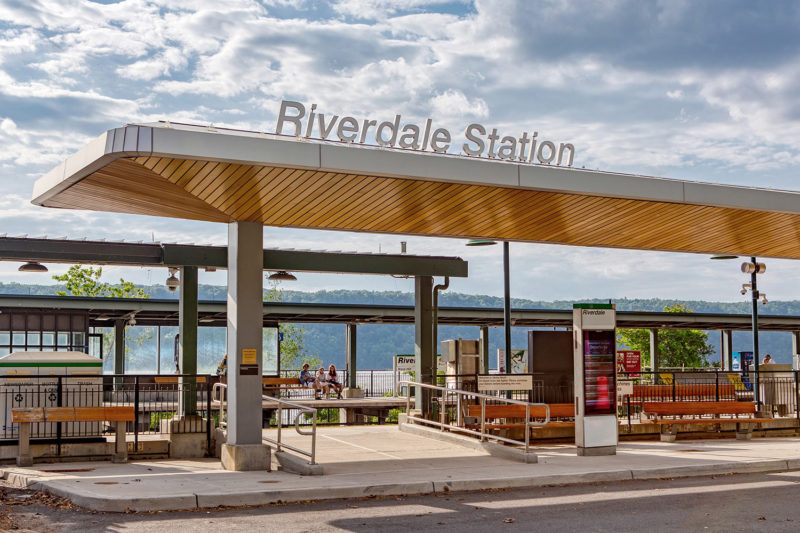 Riverdale station in the Bronx 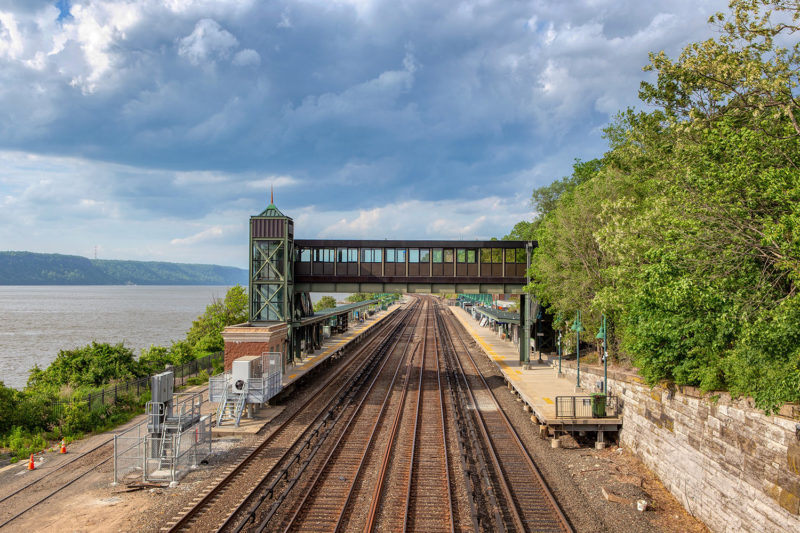 Looking north toward the overpass at Riverdale 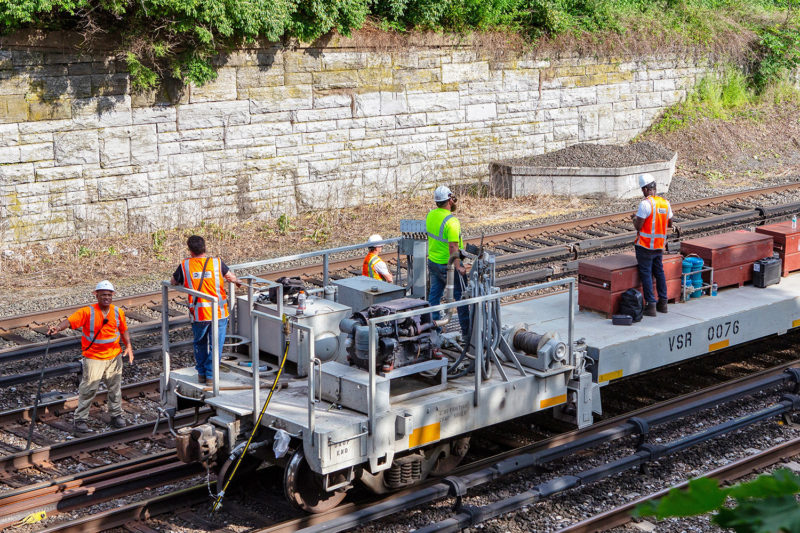 The work crew prepares to unload the rail 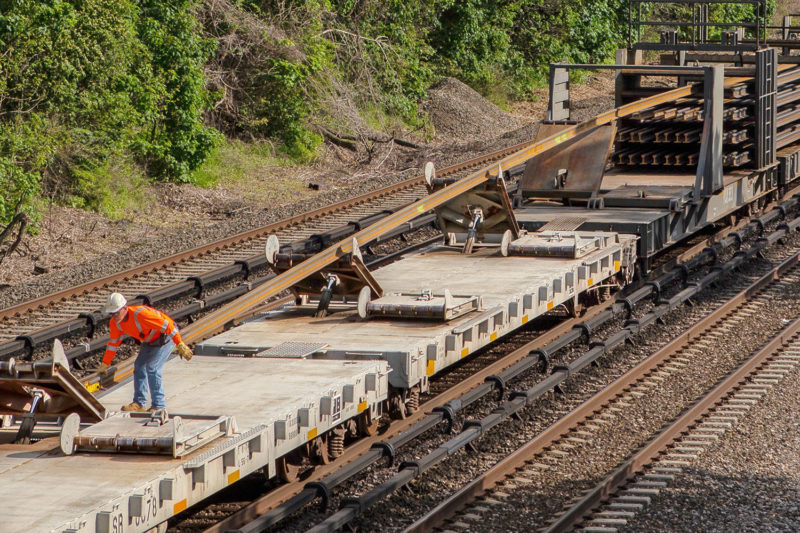 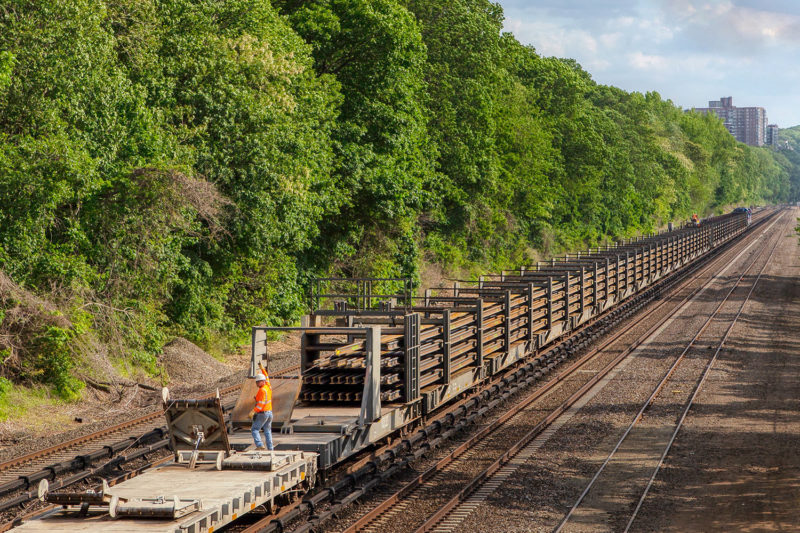 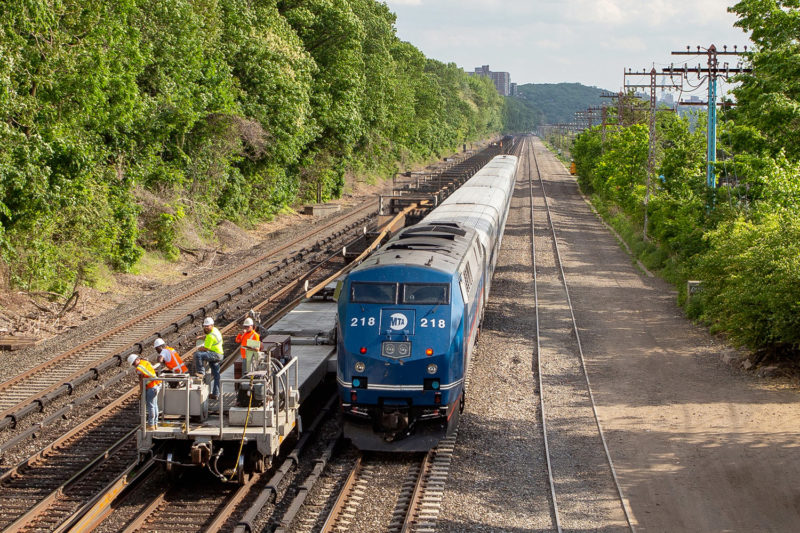 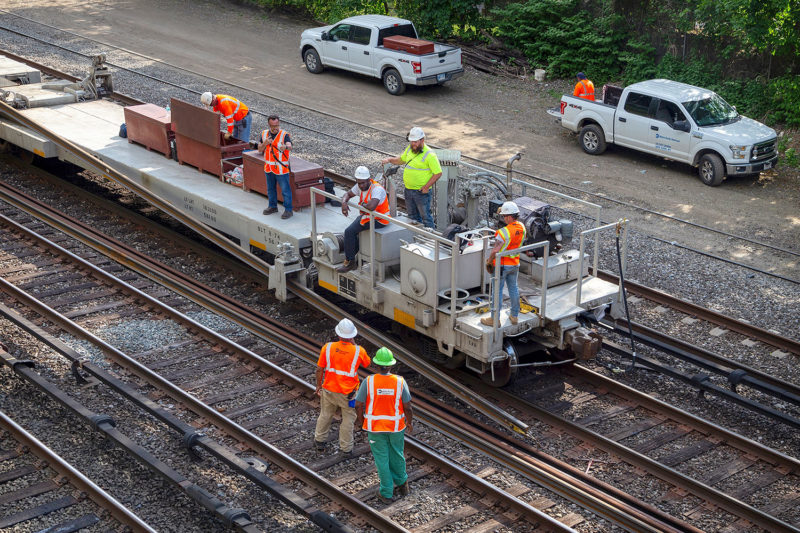 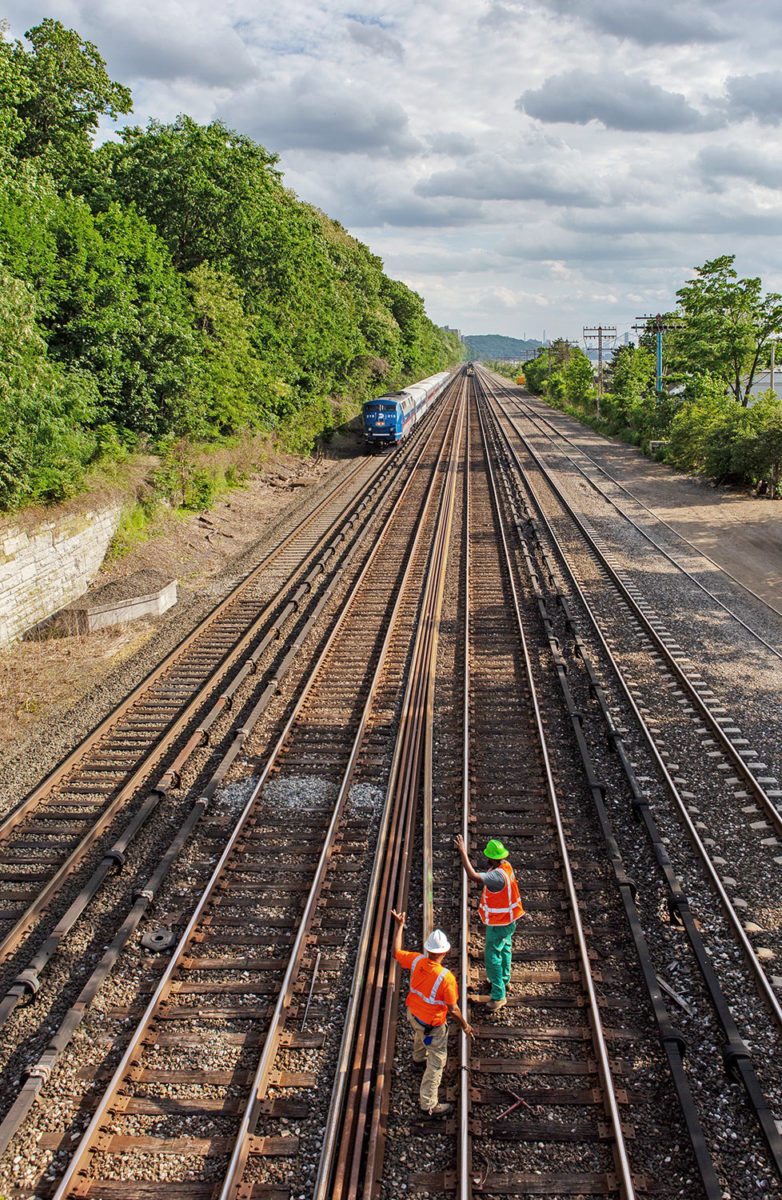 The workers wave at the engineer of an approaching train 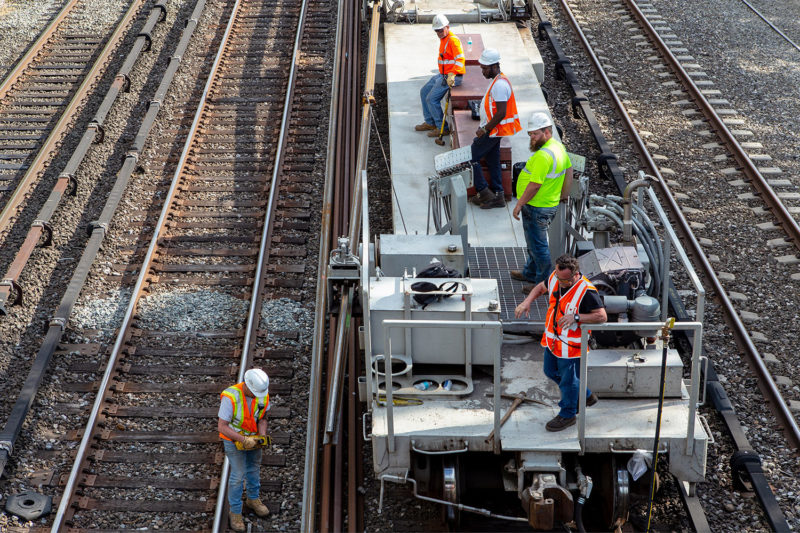 The unloading machine maneuvers the rail to be offloaded 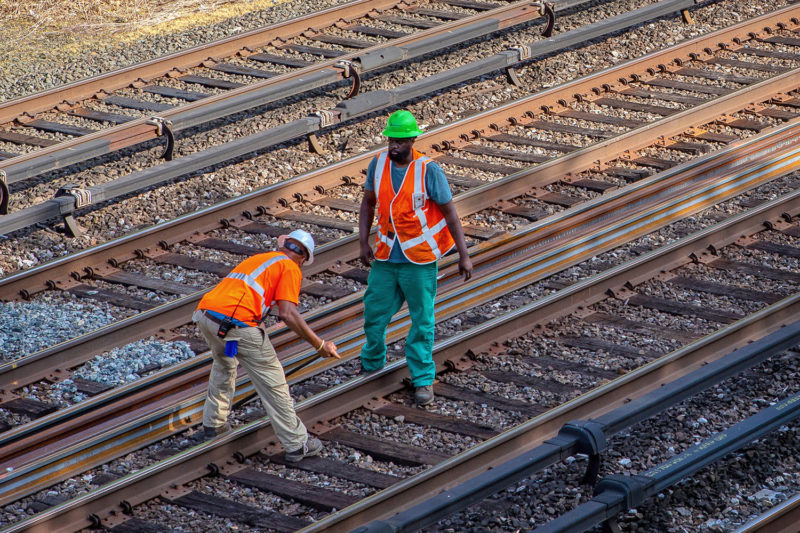 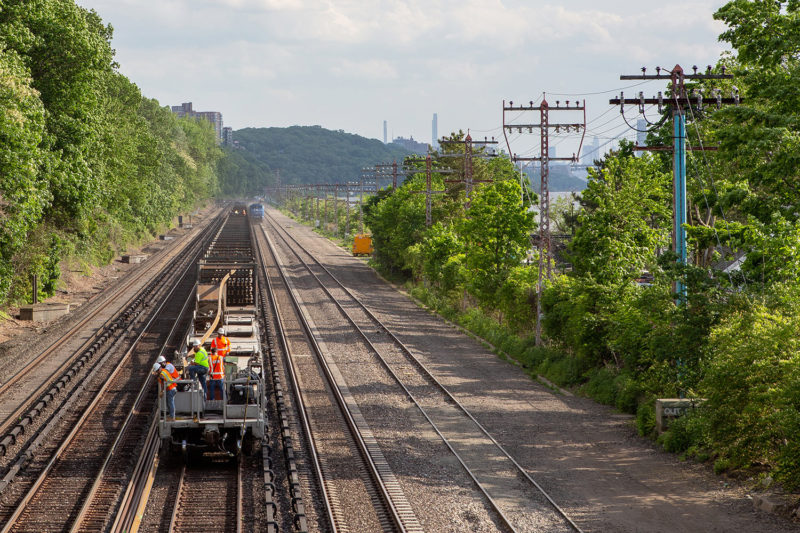 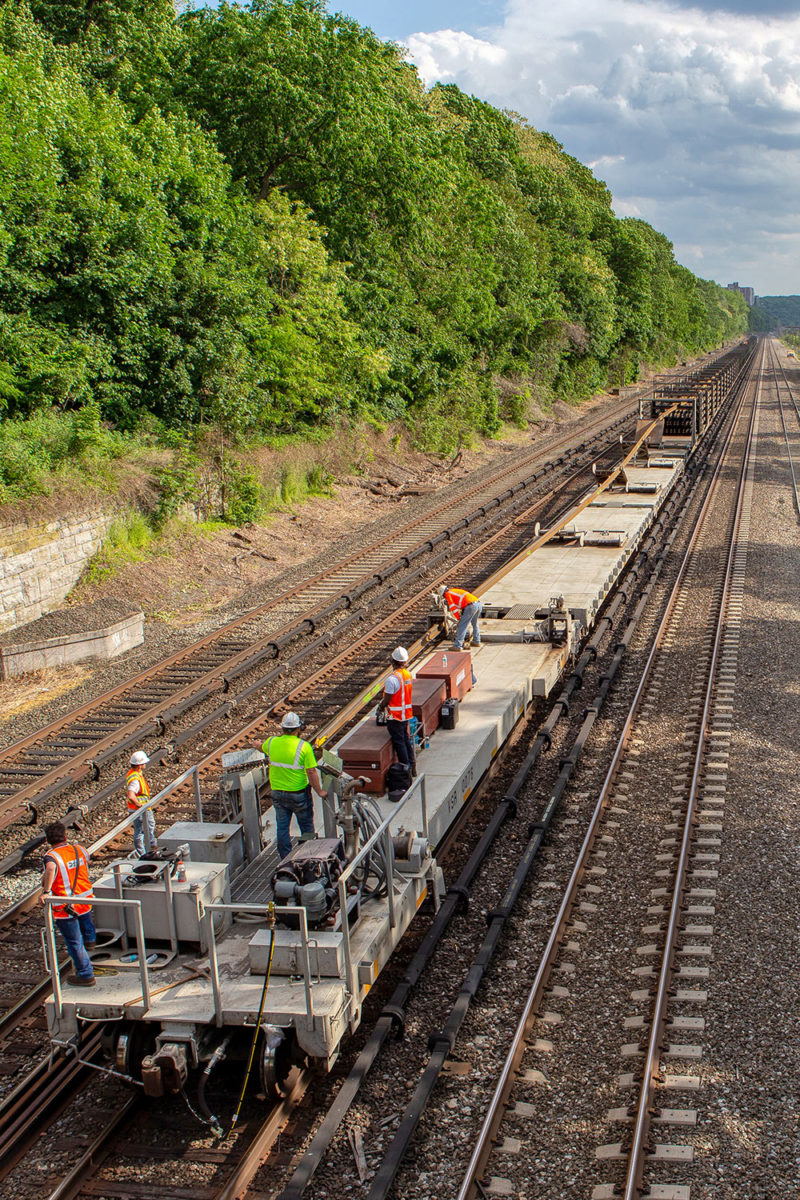 The rail is unloaded from the train 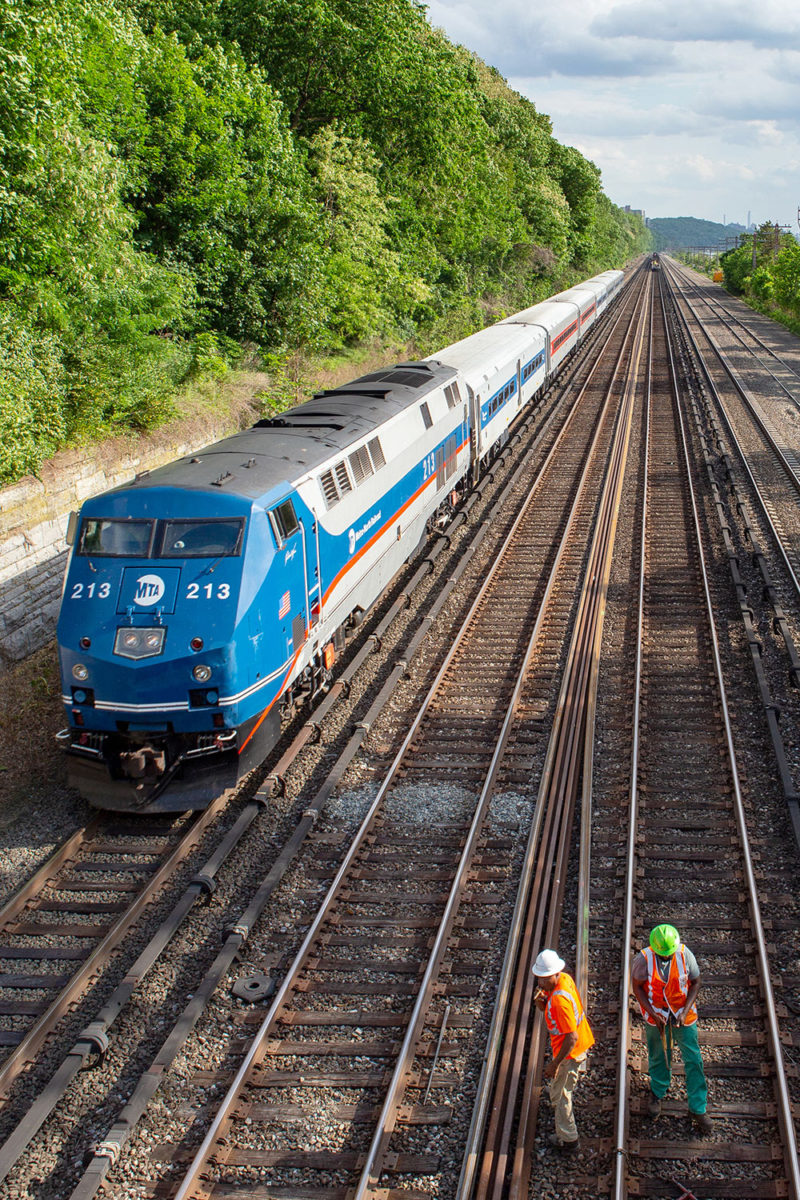 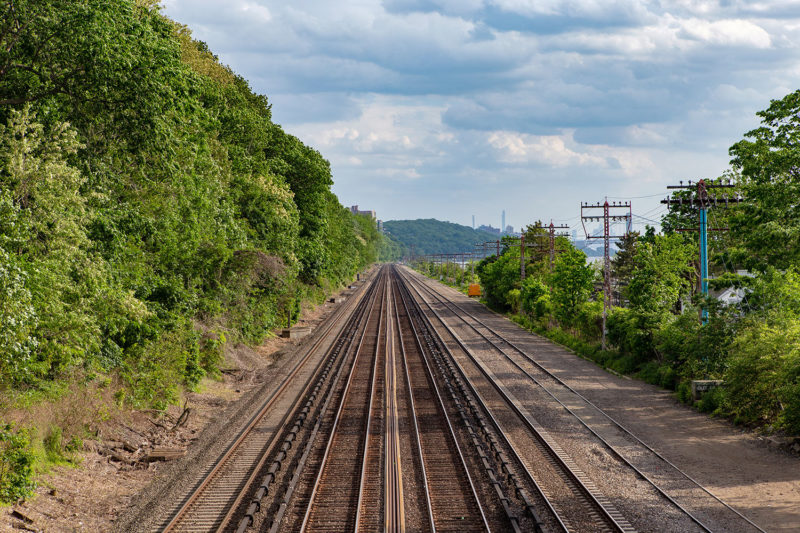 The work has been completed and the crew departs