Beyond a few short jaunts on Metro-North weekly, and an occasional Amtrak train to Philadelphia, I haven’t been on trains very frequently this year. I have, on the other hand, been to LaGuardia Airport too many times. Plenty of people seem to have little love for that airport, but I don’t really mind it. Though the newly built sections and renovations are actually quite attractive, my favorite part about the airport tends to be the views you get while in the air. 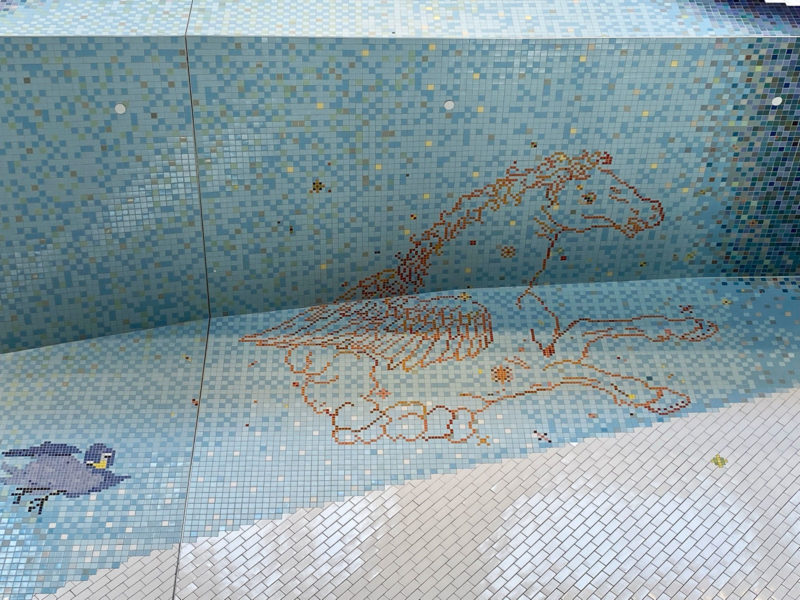 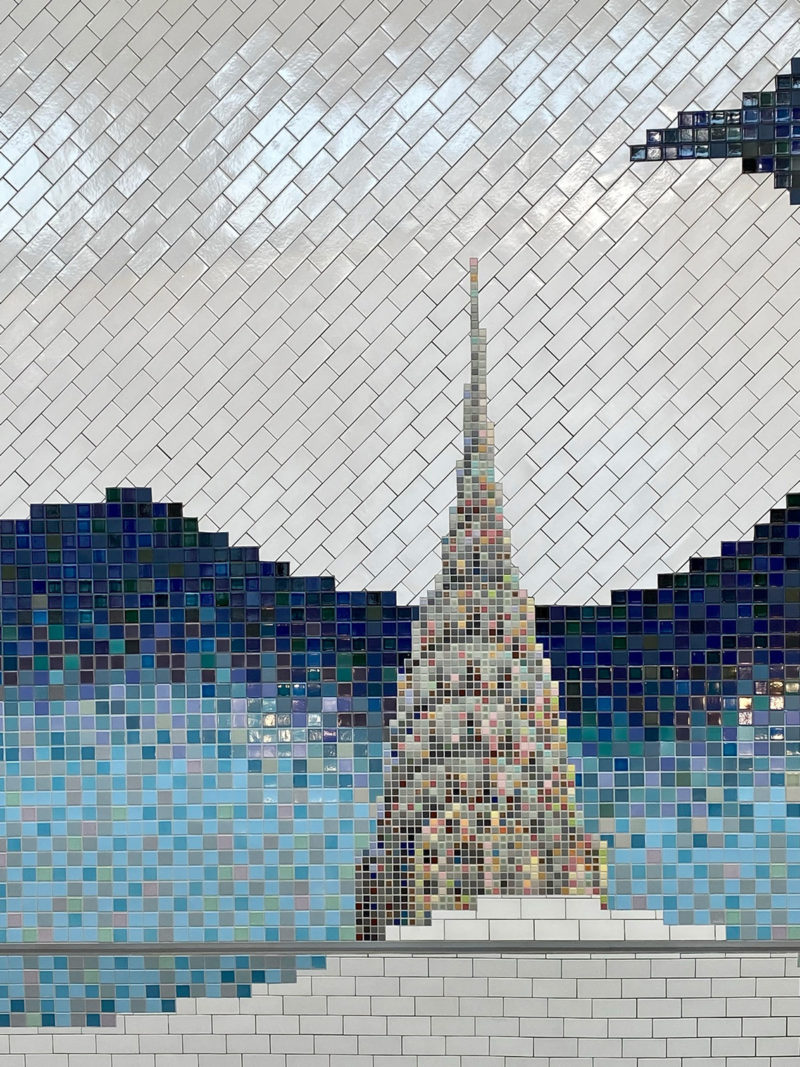 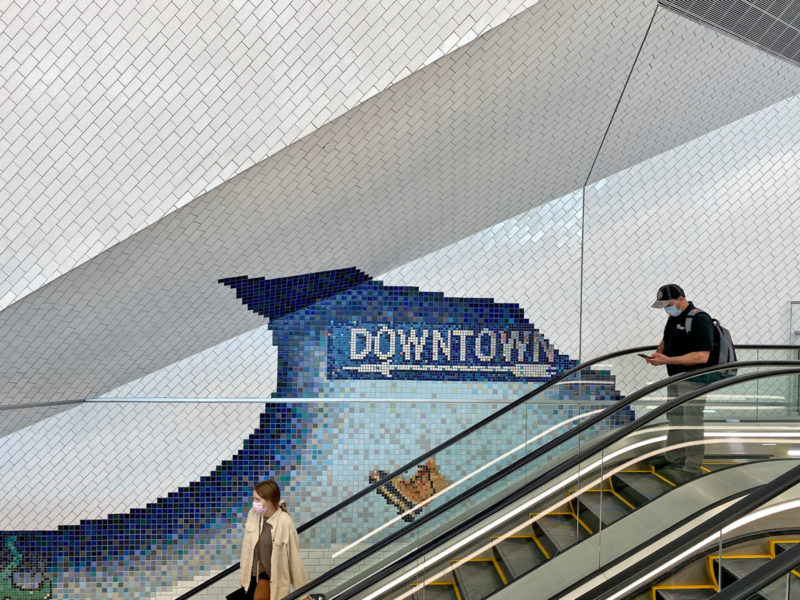 Subway tiles and mosaics at the new LaGuardia Airport. Many New York landmarks are reproduced in tile, including the Pegasus constellation from Grand Central’s ceiling.

I always try my best to snag a window seat on the left side for takeoff, and the right side for landing, with my camera nearby. When it comes to capturing photos, there’s often a bit of luck involved—from the flight pattern to the amount of gunk on the window—but I find it interesting to survey the city from above. Due to its proximity to the airport, spotting Hell Gate Bridge is always a good bet. Other times you’ll find yourself paralleling the Hudson, with views of High Bridge Yard, Yankee Stadium, Central Park, and Manhattan’s skyscrapers. Other times you’ll fly over Coney Island, and spot Long Island Rail Road trains near Woodside.

Here’s a collection of some of my favorite photos taken in-flight, spotting the trains and tracks from the air. All have been captured within the past year, from at least six different flights through LaGuardia. 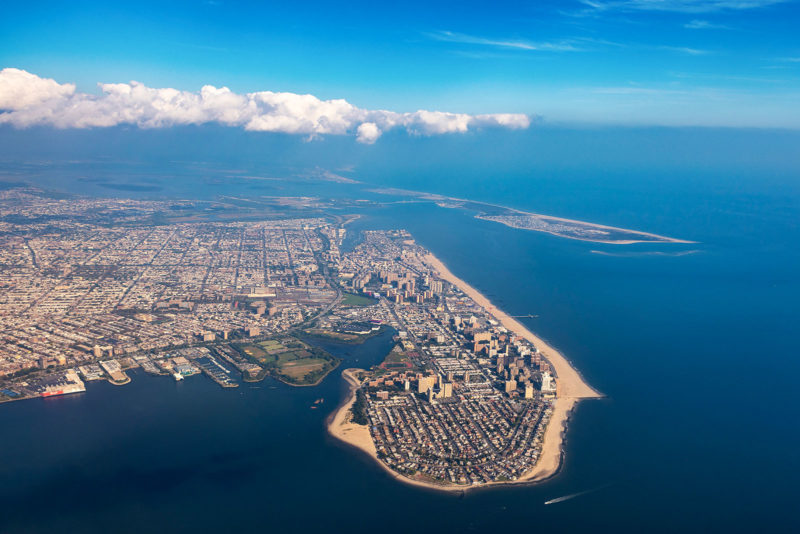 Coney Island, with Breezy Point in the far background 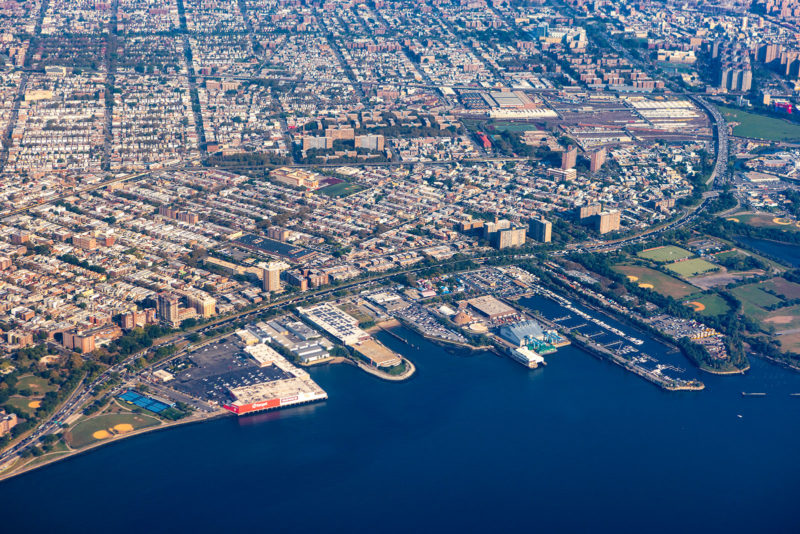 The Belt Parkway cuts a swath around Coney Island Yard 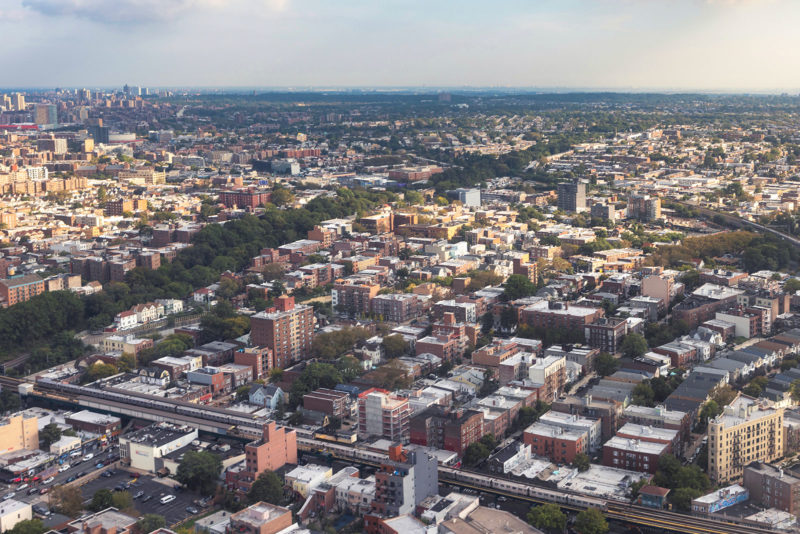 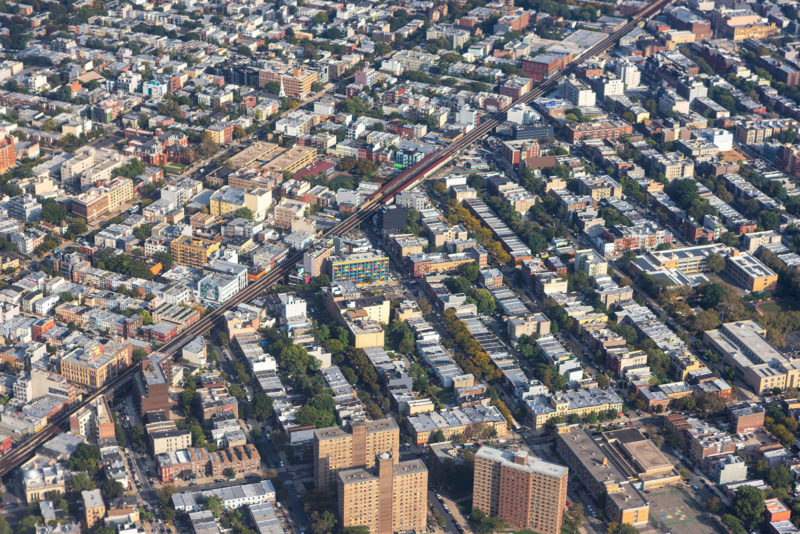 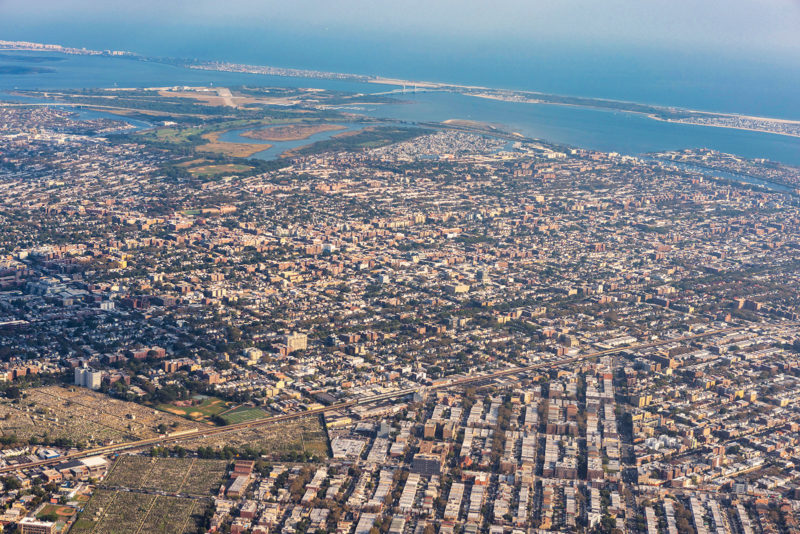 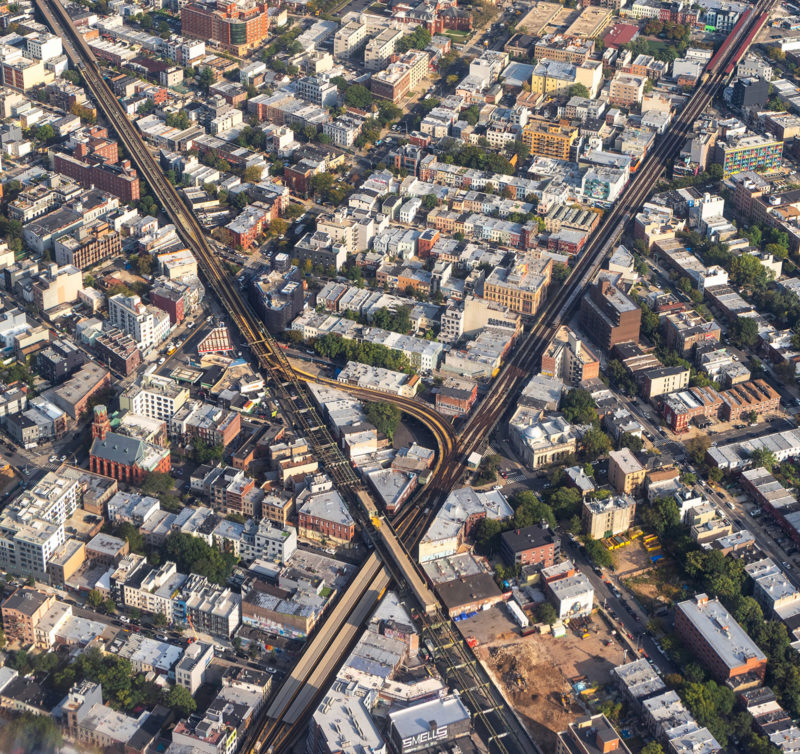 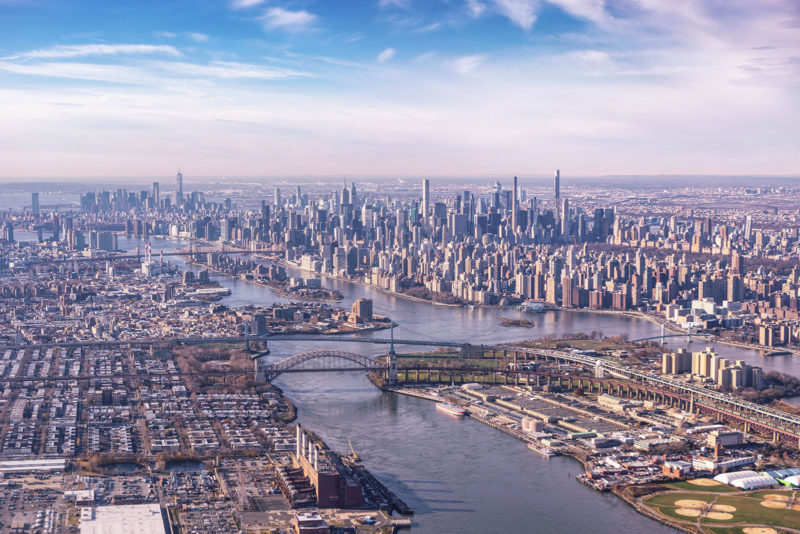 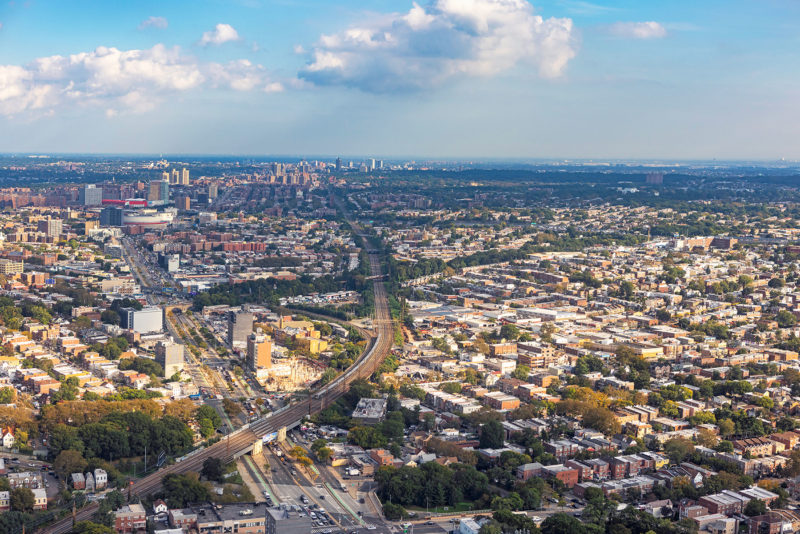 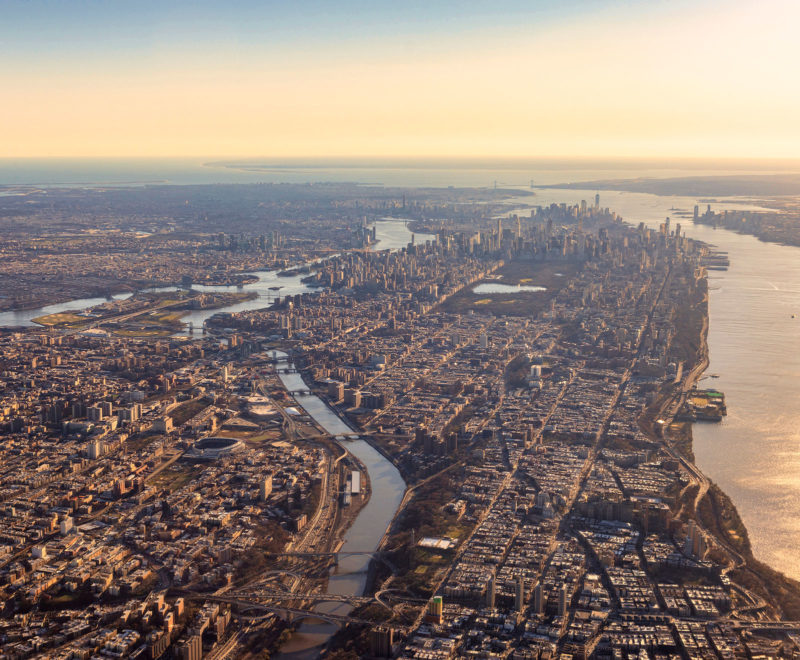 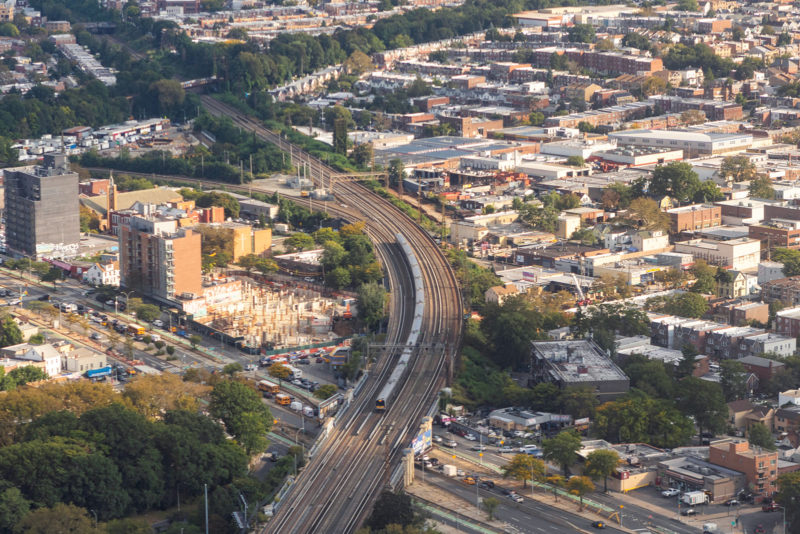 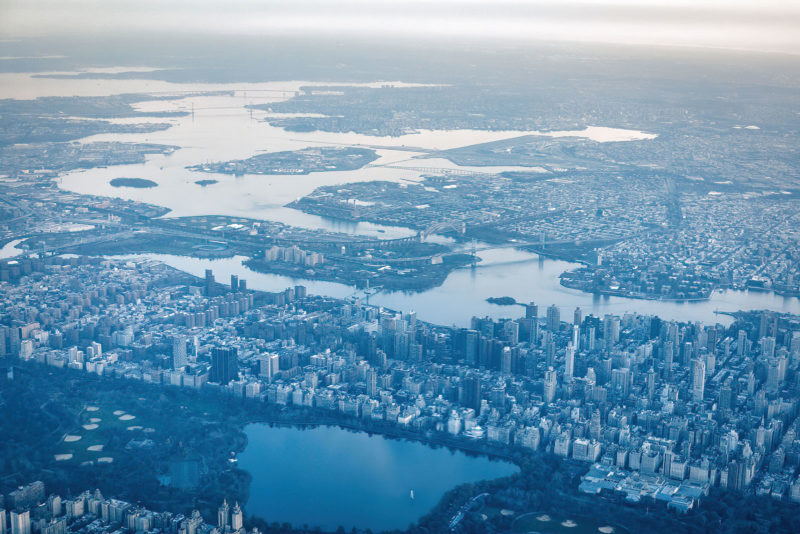 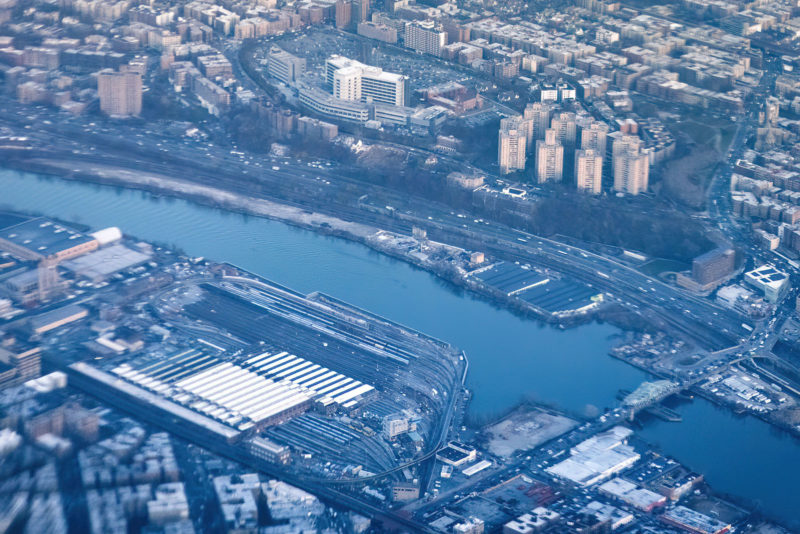 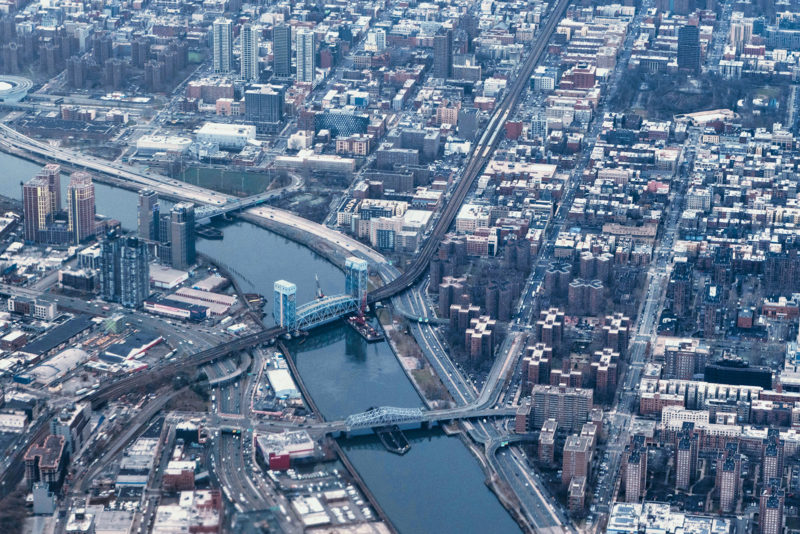 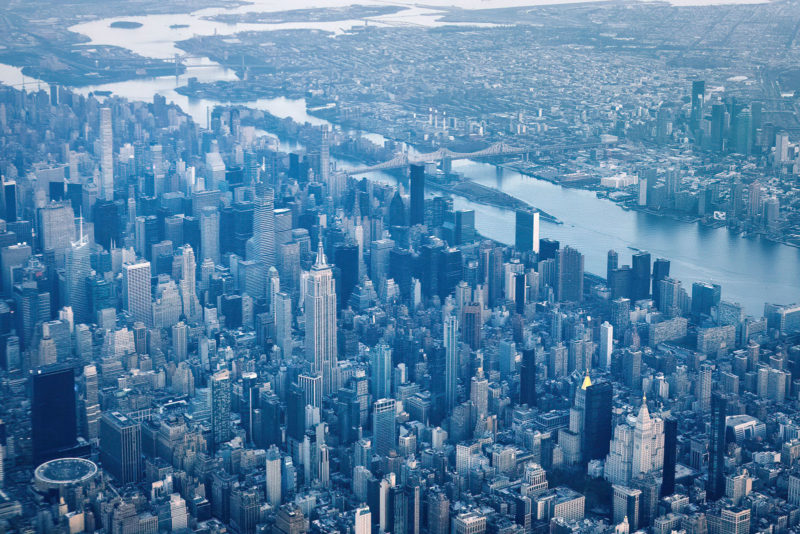 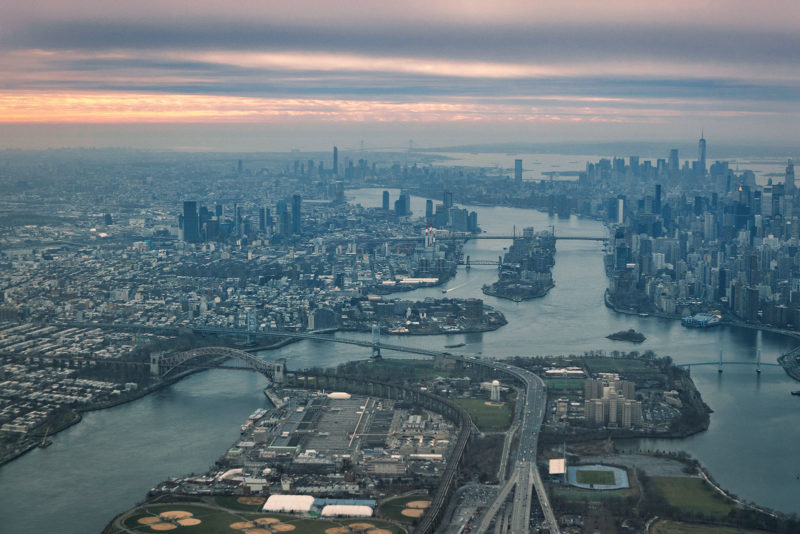 Sunlight hides behind the clouds, casting a cold shadow over Hell Gate Bridge 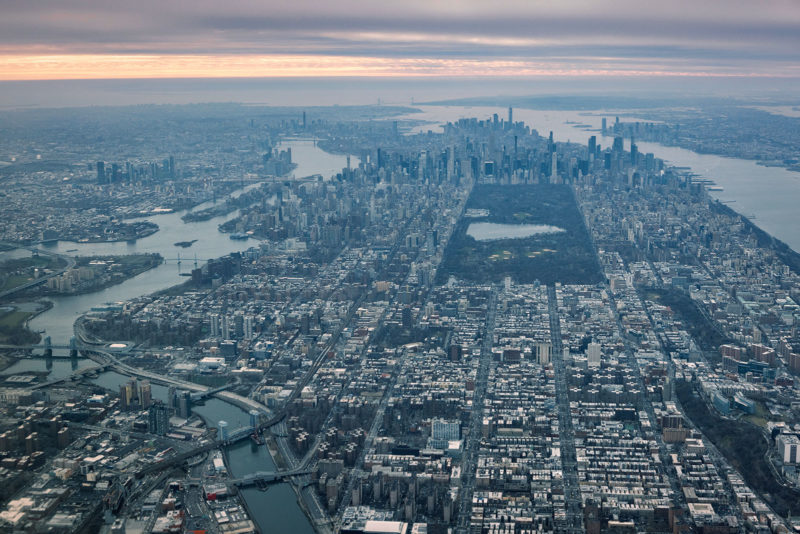 A cold day in Manhattan 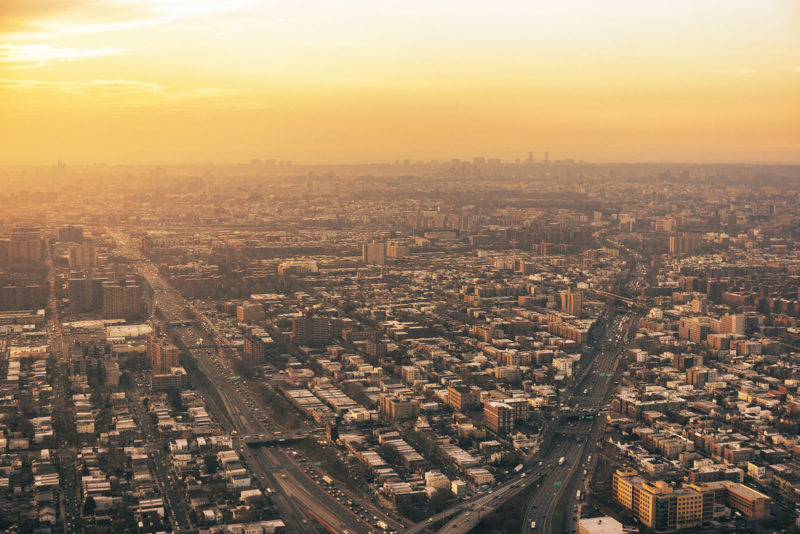 The Bruckner and the Cross Bronx separate, with Parkchester on the 6 Line visible 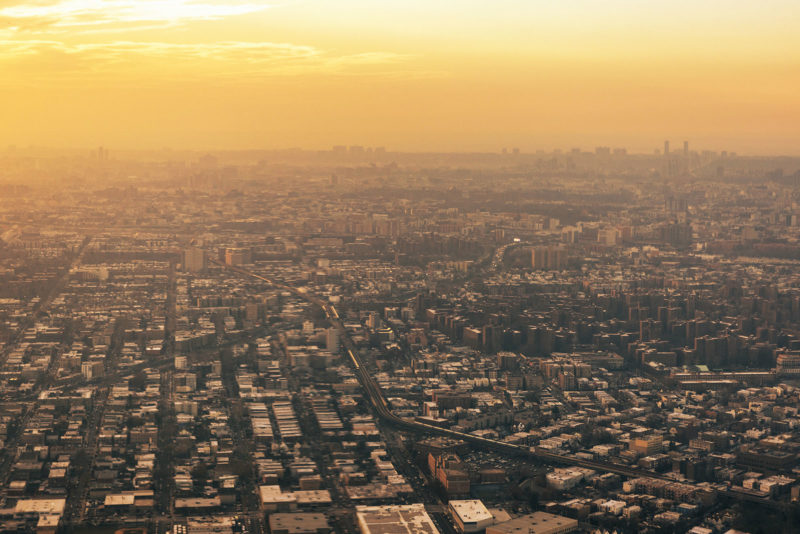 Zerega Avenue on the 6 Line, with Parkchester in the background 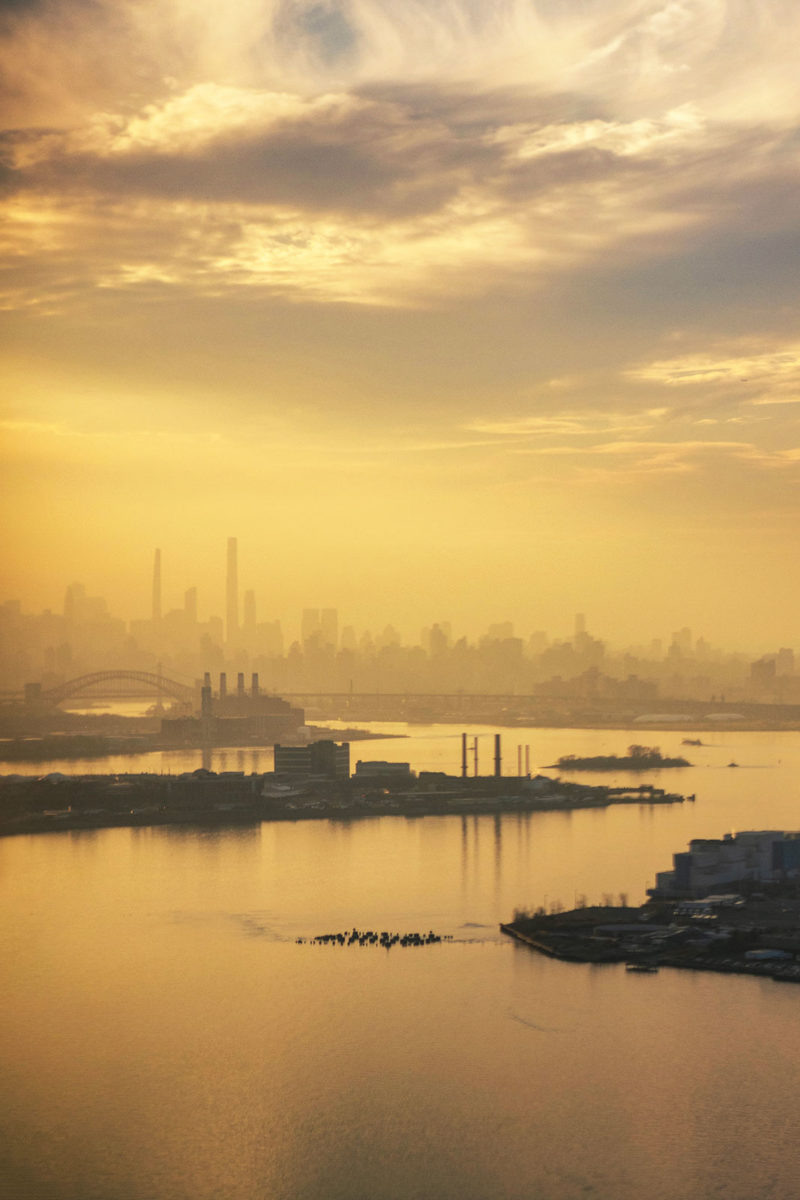 A hazy city skyline behind the Hell Gate Bridge 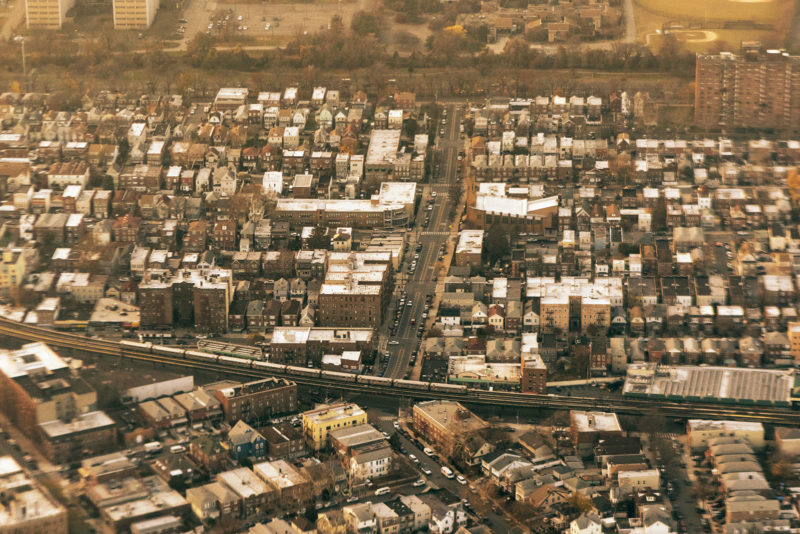 Near Buhre Avenue on the 6 Line 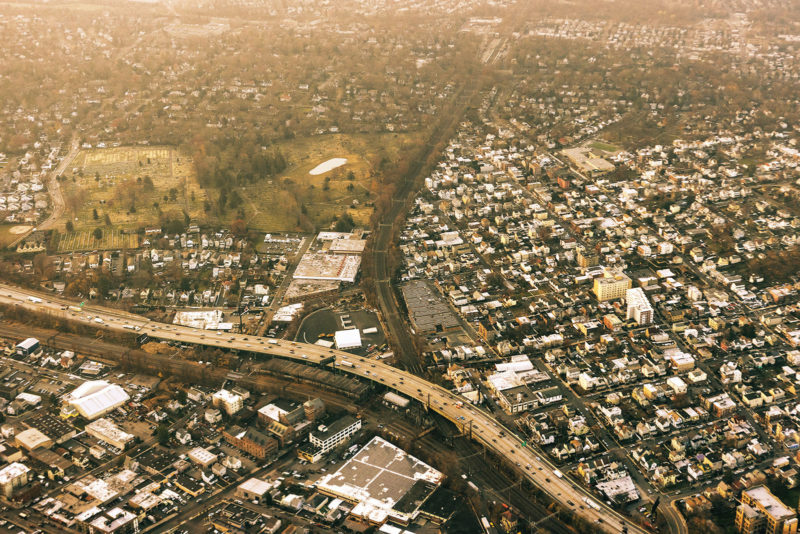