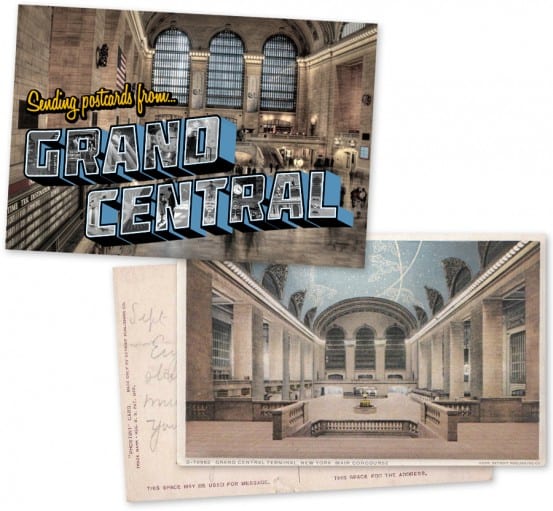 When it comes to any monument with a long history like Grand Central, there’s plenty to write home about. As those who have followed this blog for a while know, I have an affinity for railroad postcards, and especially those from Grand Central. Over the past one hundred years, countless cards featuring the Terminal have been printed and sent all over the world.

Part of the reason I find these postcards so interesting is that they are a great way to see how Grand Central has changed over the past 100 years. Many buildings sprang up around the Terminal – most notably in 1929 when the New York Central building was constructed behind, and in 1958 when construction commenced on the Pan Am building. But perhaps most notable are the cards that show what everyone thought Grand Central would look like. Several of the postcards were printed before Grand Central was ever completed – and one even imagined the inside of the Terminal with a glass ceiling, not the painted sky ceiling we are all familiar with (which did appear in an early Warren & Wetmore sketch).

As Grand Central’s centennial is fast approaching, I thought this would be a perfect time to share a collection of Grand Central postcards. Special thanks to Steve Swirsky, as probably about half of these cards are from his collection. Enjoy! 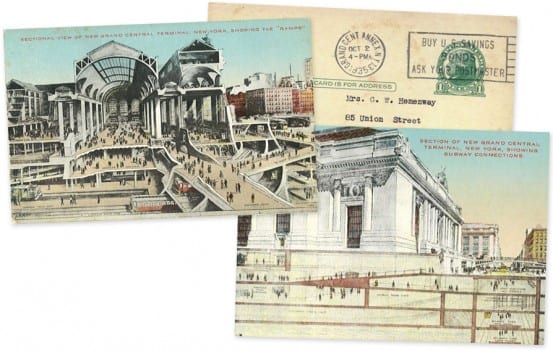 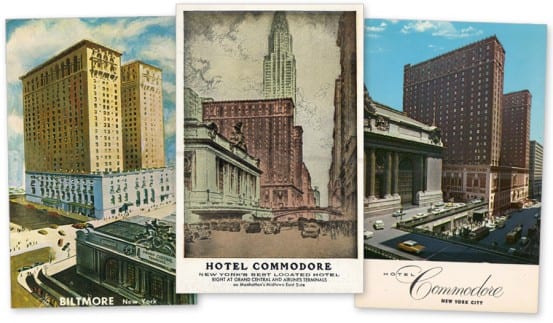 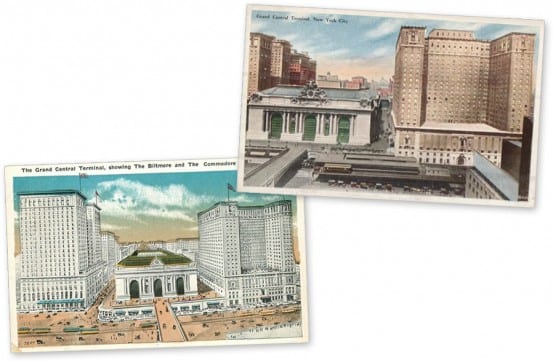 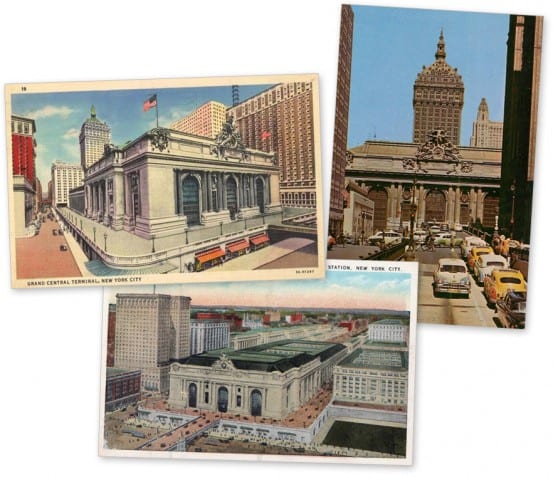 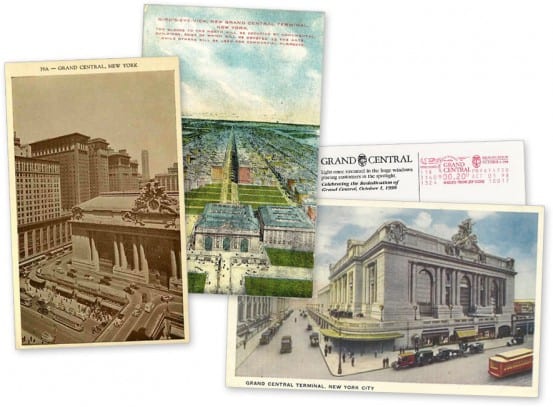 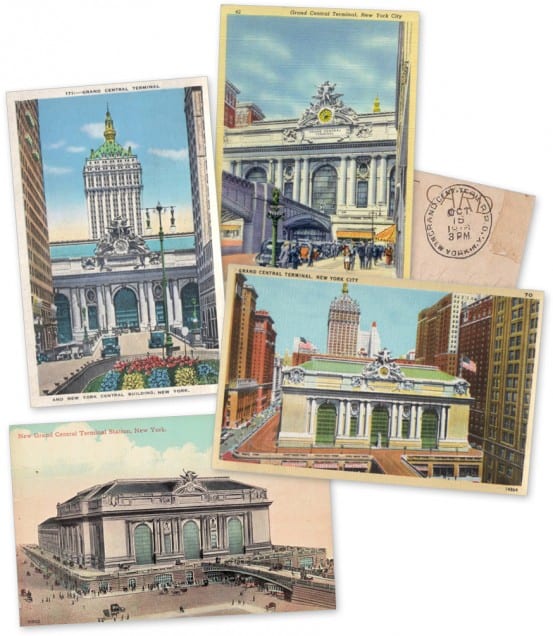 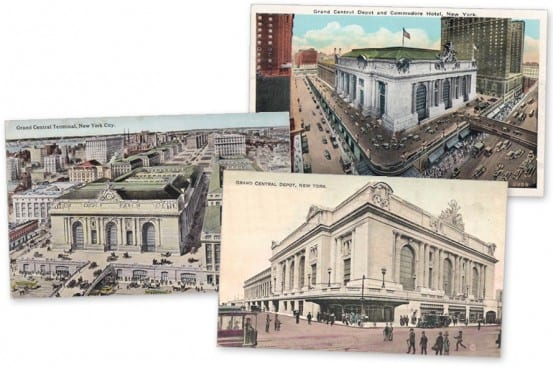 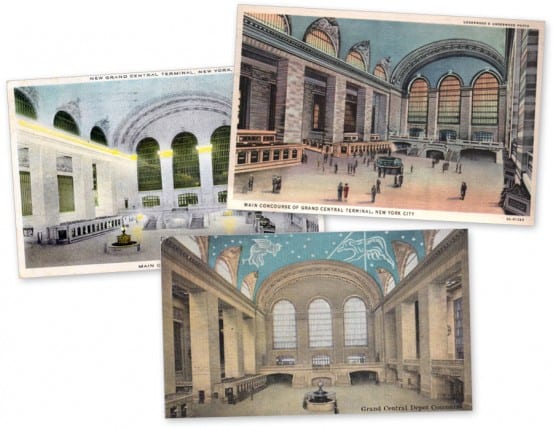 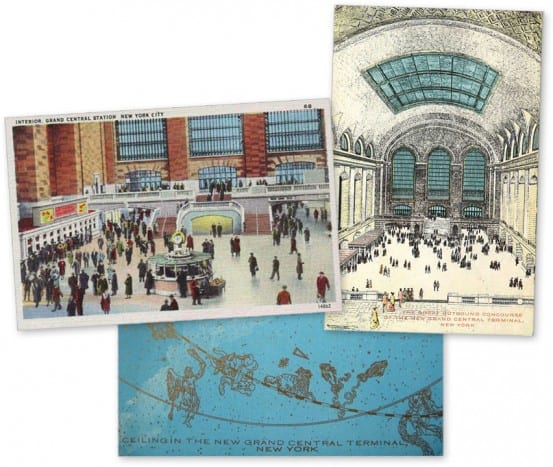 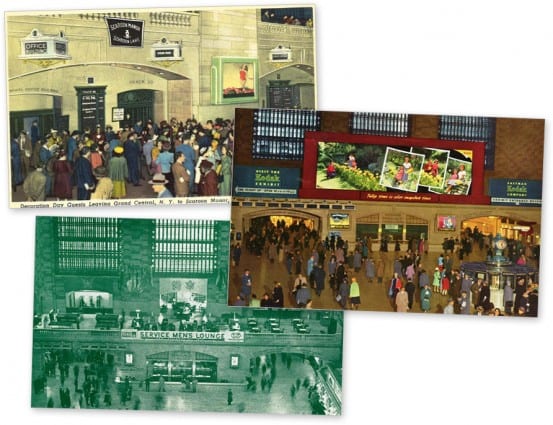 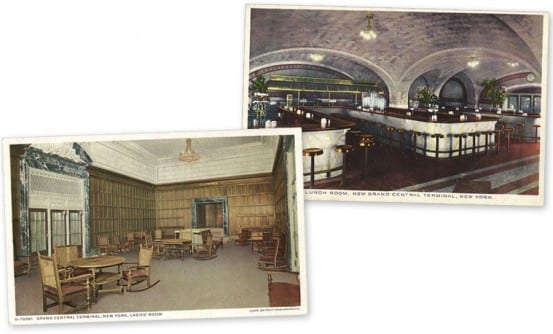 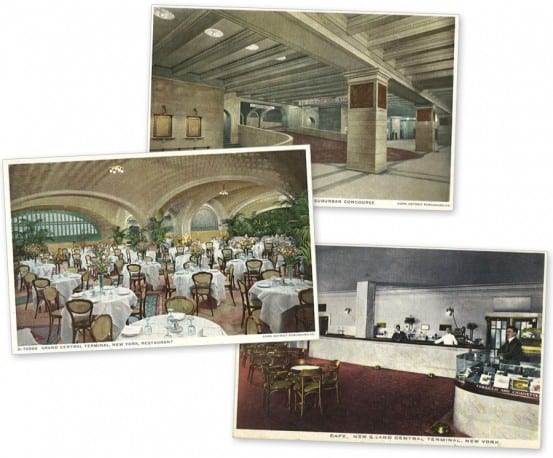