A Rotary Converter and the Power Historian

One of the joys of running this site is getting the chance to meet interesting people. When researching the supposed Nazi sabotage of Grand Central’s sub basement known as M42, I encountered a video on YouTube showing one Robert Lobenstein—identified as the retired General Superintendent of Power Operations at New York City Transit—starting up an old rotary converter. I had seen rotary converters before, the very ones in Grand Central’s M42, in fact. Yet I had never seen one in operation, and the video fascinated me. It was clear that the modern static frequency converters I had encountered on filming projects for Amtrak were hardly as mesmerizing as these rapidly spinning behemoths.

On a whim, I sent Mr. Lobenstein a note with a few questions regarding rotary converters related to the article I was writing. Although I had a pretty good idea that throwing a bucket of sand into one would hardly paralyze an entire transit system, my unsated curiosity insisted on knowing what might actually happen. In all honesty, I wasn’t expecting an answer. Yet the next morning Loby, as he is known among friends, surprised me with a response. Through various email correspondences he humored my eccentric inquisitiveness, though there were times I was certain his mind was torn between whether I was either some garden variety terrorist, a time traveler plotting nefarious deeds for the past, or a third rate fiction writer penning a dreadful period piece where the saboteur antagonist would at least be historically accurate.

Loby’s wisdom on the subject of rotary converters comes from a combination of both practical application and historical knowledge. He started his 40 year long career with the subways at the Essex substation in Brooklyn. While working he uncovered a treasure trove of artifacts that piqued his interest and inspired his secondary career—Power Historian. Not only were there stories, blueprints, and photographs to collect at Essex, there were also rotary converters. While hardly feasible to take one of these imposing machines home after a long day of work, Loby may have done the next best thing—making sure a few of them are preserved and restored for the benefit of future generations.

Perhaps it is just my delusions of grandeur speaking, but I feel like I understand the desire to preserve the past and the calling to be a torch bearer of sorts, carrying the knowledge of yesterday forward. There is a certain exhilaration in rediscovering a bit of long lost lore, yet I can only imagine the immense sense of pride that would derive from such a noteworthy undertaking as saving a rotary converter or dynamo and restoring it to working condition.

After using his insight to publish the aforementioned article about rotary converters and saboteurs, Loby was generous enough to offer me the chance to see a real one up close and personal—or as close as you’d want to be to one without injuring yourself. I met Loby one chilly afternoon at old Substation #13 to get a glimpse of Rotary #1, which operated from 1904 to 1999. Manufactured by Westinghouse, #1 was a 1,500kW unit that first powered the third rail for the IRT, the city’s original underground subway, and later its successors. While many rotaries converted AC to DC power inside nearly 75 substations scattered throughout the city for the subways, the obsolete machines were gradually being replaced with more modern equipment. But thanks to the efforts of various people who felt preservation imperative—including Loby—not all of these dignified dinosaurs were destined for the scrap heap. #1 proved an optimal candidate for restoration as its control circuits were basically intact, and the rest of the unit was largely in good condition—a testament to the stately old machine’s fortitude, and to the decades of skilled maintainers that Loby likened to magicians.

Today Substation #13 provides two different glimpses into the power history of New York City’s subways—the magnificent rotaries of yesteryear, and the decidedly less spellbinding solid state rectifiers that have replaced them. Most notably, #1 can be fired up as a DC motor, spinning at 250 revolutions per minute and enthralling visitors such as myself. I endeavored to capture the mechanical beauty of the rotary and some of the panels, dials, levers, and switches found within Substation #13, which is truly a magical place—I hope I’ve done them justice. 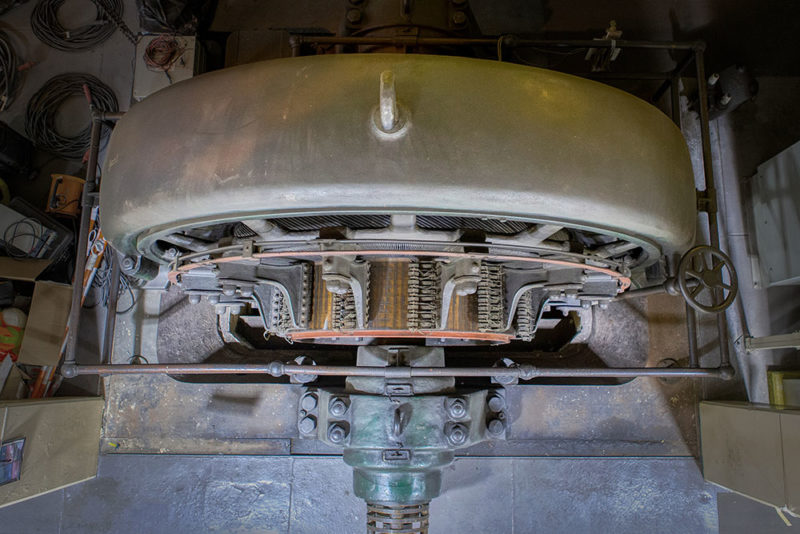 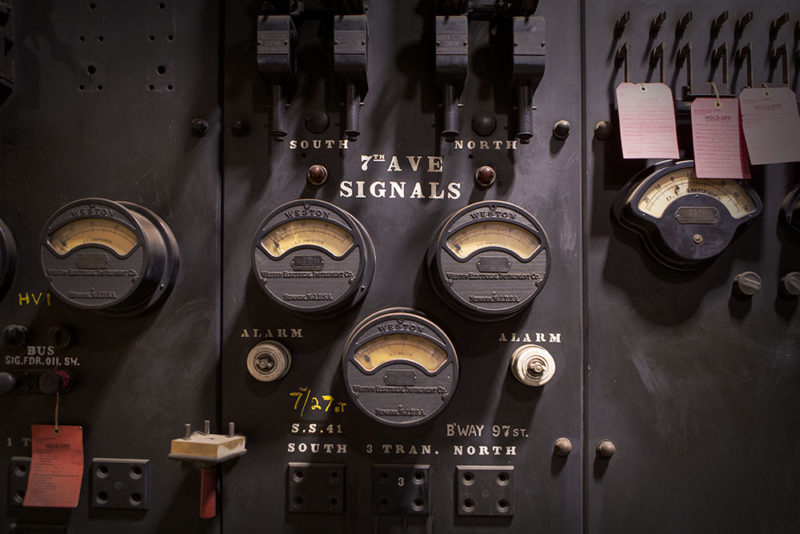 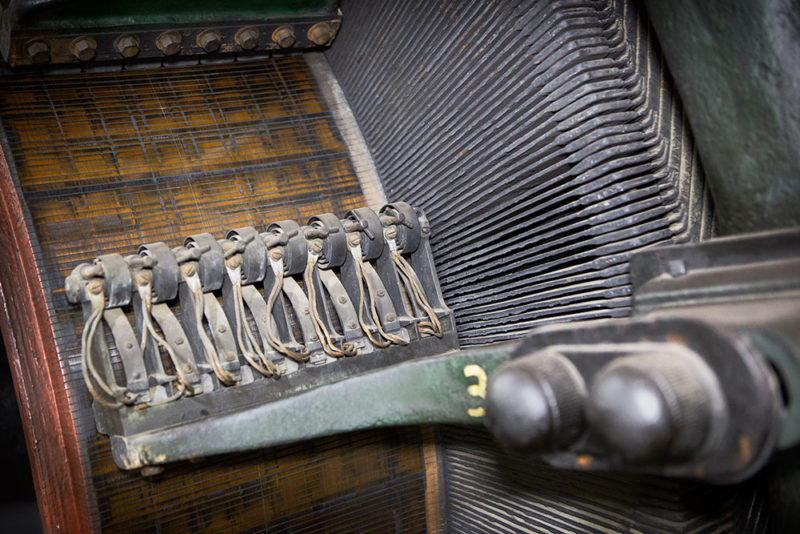 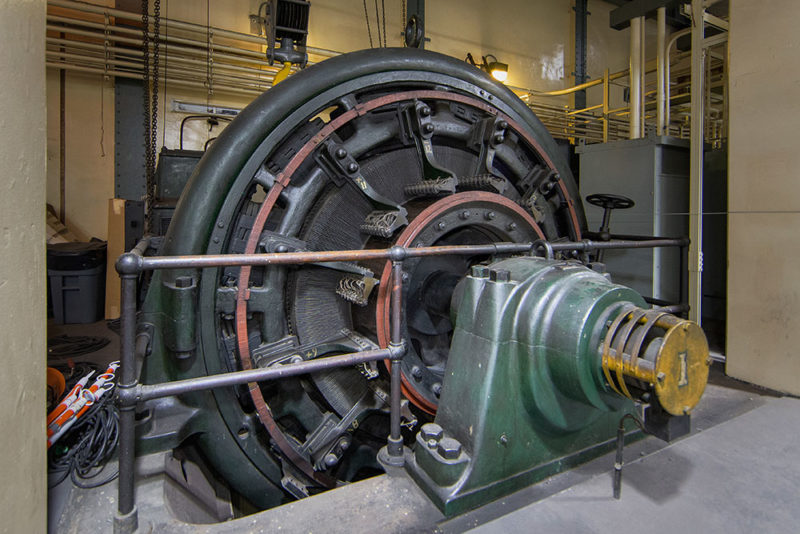 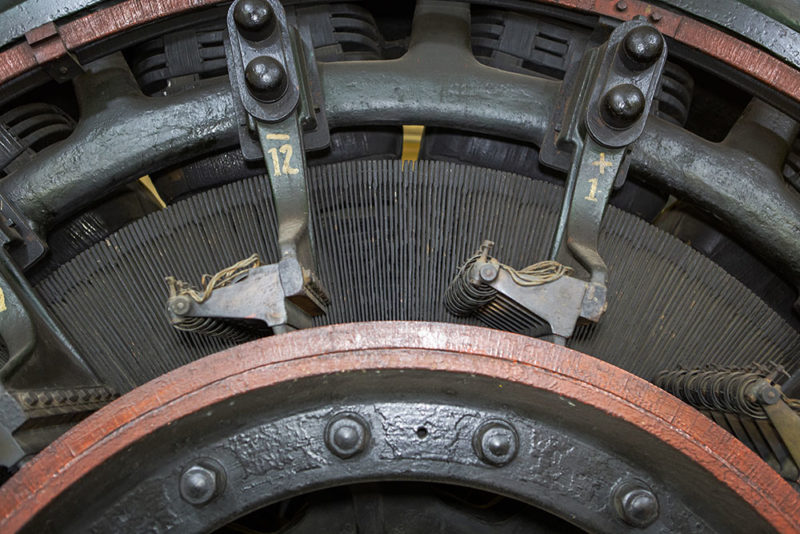 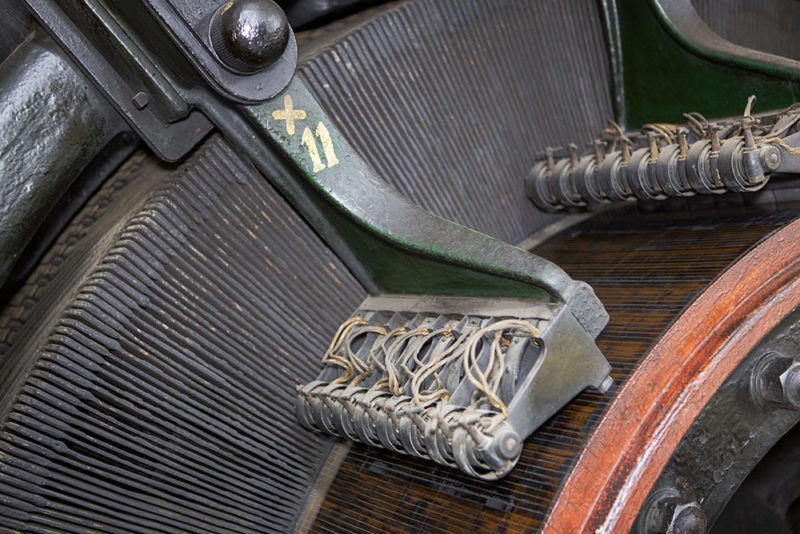 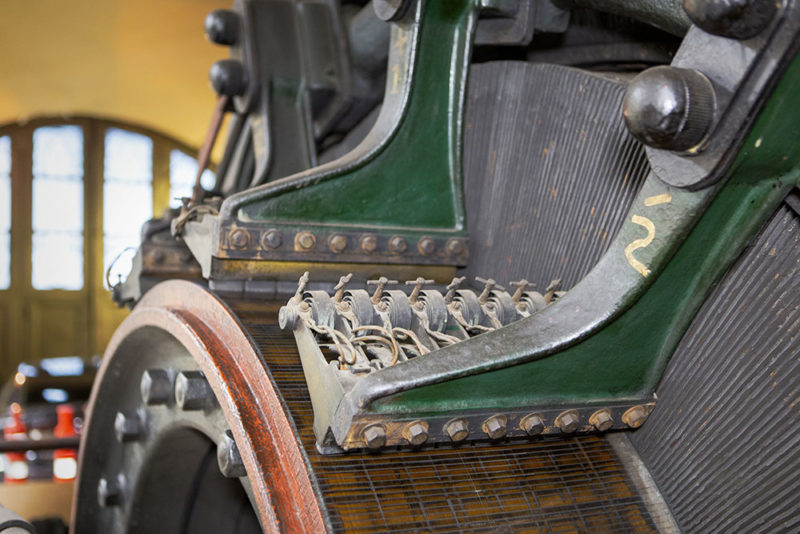 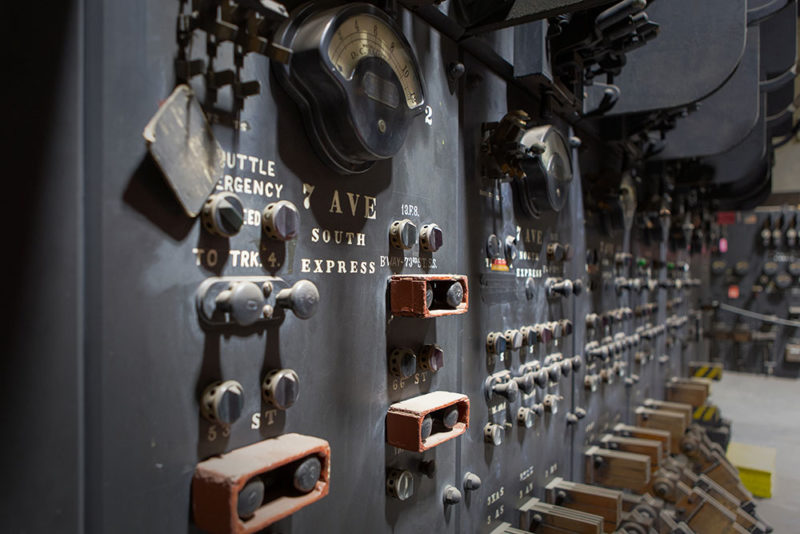 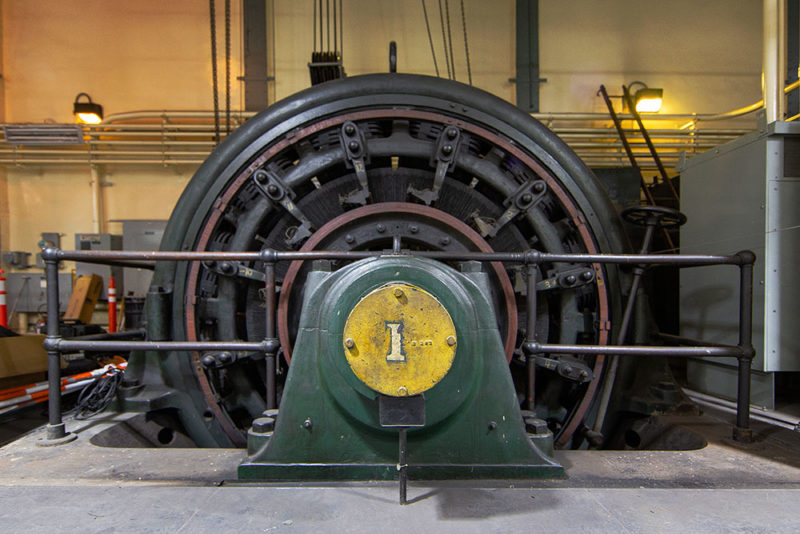 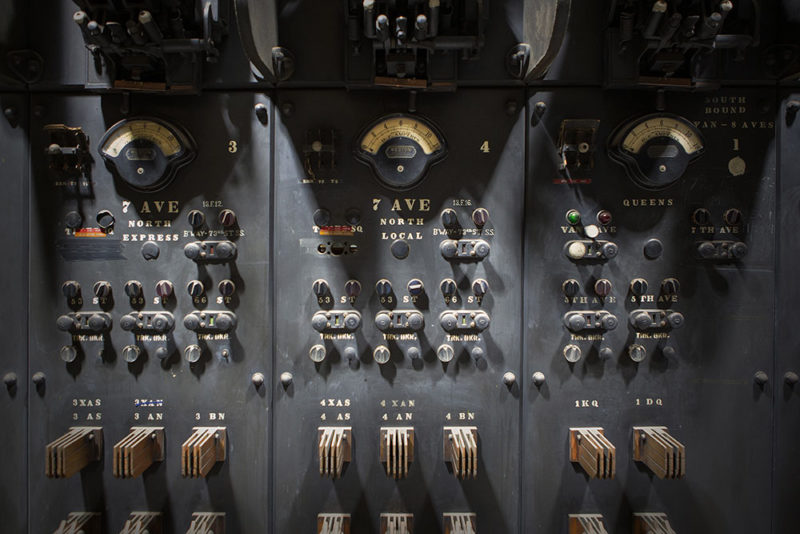 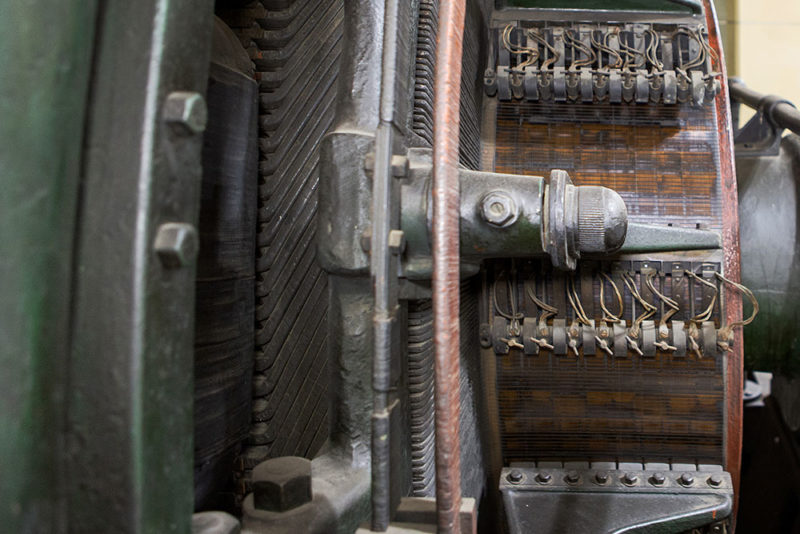 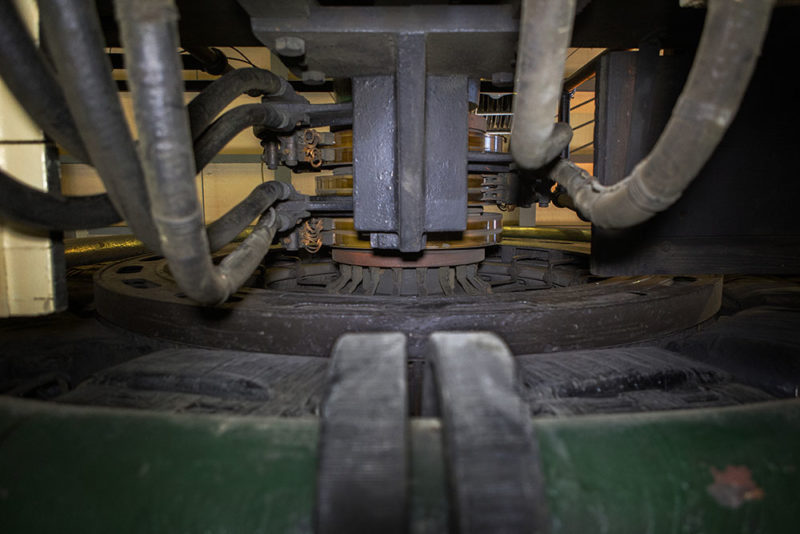 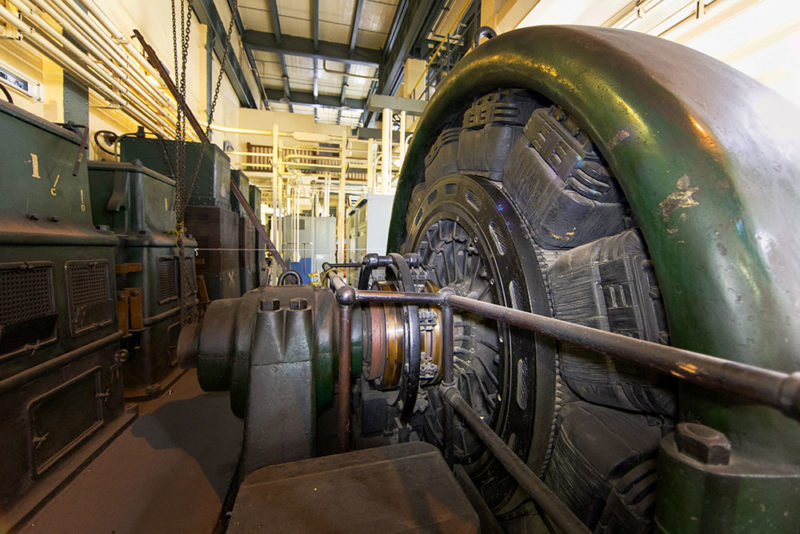 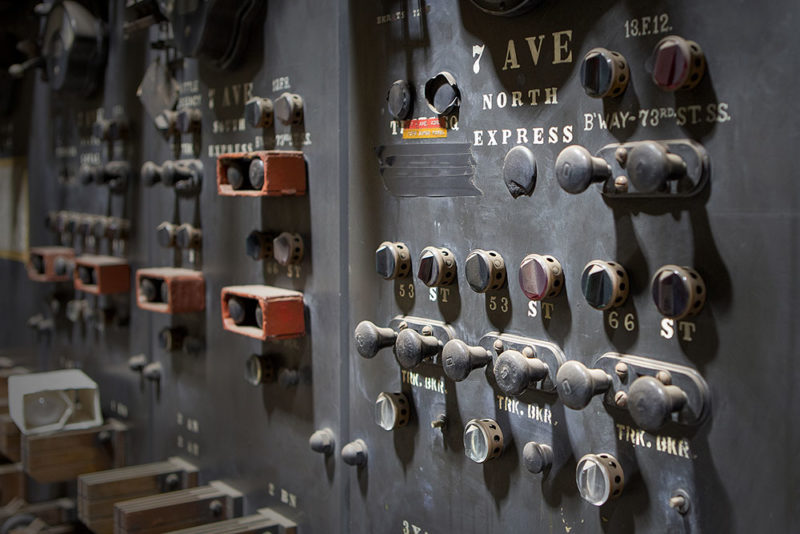 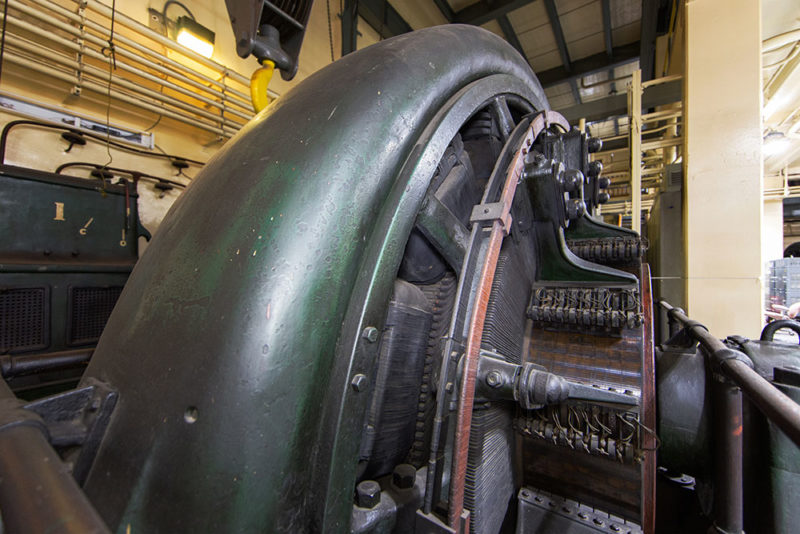 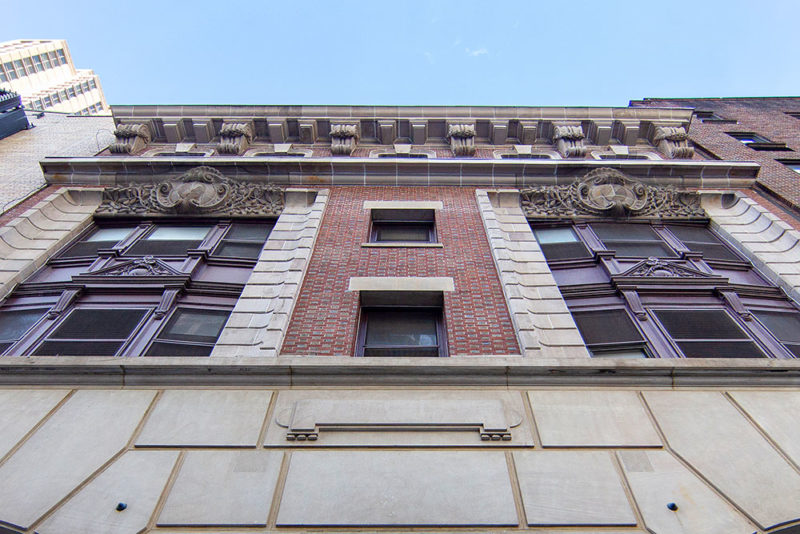 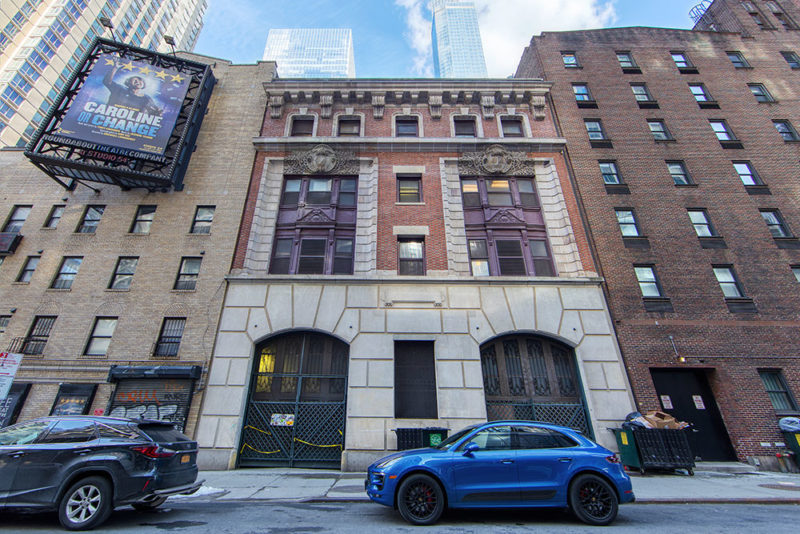 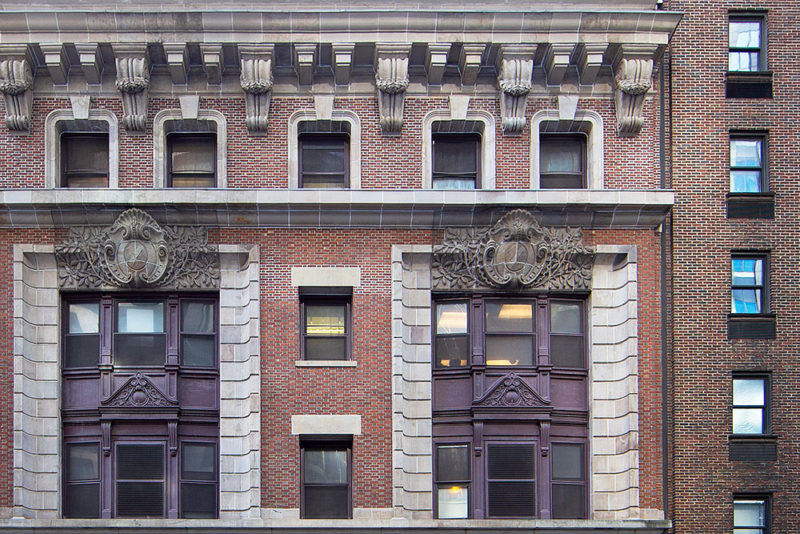 Later on I learned that Loby appeared on the first season of Mythbusters—and yes, it was the episode where they tested whether one would be electrocuted if they were to relieve themself on the third rail. I suppose my inquiries were not quite the craziest he’s ever heard after all…