When I started researching for the story I posted a few weeks back about how the Nazis didn’t actually plan on attacking a substation at Grand Central during World War II, I amassed quite a lot of information about the railroads during the war. There are many facets to the story – from the gigantic posters that were installed in Grand Central to raise money with war bonds, to the movement of troops and materiel during the war—with railroads carrying 90% of the military’s freight, and 98% of its personnel, trains were an integral operation on the home front.

As a graphic designer, advertisements have always captured my interest. Wartime advertisements are something that have appeared on the blog before, with this post about the New York Central’s war ads. Although almost, if not all, of the American railroads published ads depicting their contributions to the war effort, there is a particular rail-related company that has a massive body of work when it comes to wartime ads which is rather impressive.

The Pullman Company, most notably known for their sleeping cars and porters, was extremely active during World War II. Despite being broken up in 1944 due to an antitrust case, Pullman advertised throughout the entirety of the war, often promoting the fact that their cars were one of the primary means of transportation for soldiers to get to their ship-out points, and later for their returns home.

Other advertisements asked the public to either refrain from riding trains or in sleeper cars unless absolutely necessary (at one point sleepers were restricted from operating over routes under 450 miles, yet public ridership was also up due to the rationing of gasoline), or to make sure that if unable to make their reservation they don’t just no-show, but cancel in advance so no space is left unfilled. In one case, an ad shows a furloughed soldier stuck in a station unable to return home to see the birth of his child as the train was sold out. Thankfully, someone cancelled their reservation last minute, allowing the soldier to return home. Another ad asks whether a soldier will make it to his own wedding, complete with a picture of an exasperated bride. This soldier likewise waits for a last minute cancellation on a sold-out train. My favorites, however, may be the ads containing the corny catchphrase, “Sleep Going to Keep Going.”

At the outset of the war troops moved in the standard Pullman sleepers that had been serving the general public prior. Eventually new sleepers were produced, devoted solely to troop transport. Riding the train as a soldier could be quite a claustrophobic experience—the New York Central operated cars with three-tiered foldable bunks, accommodating a total of 39 men. Besides the soldiers, additional riders may have included a higher-ranking military man designated as the “Train Commander,” a Pullman porter, or a railroad employee operating as an escort and liaison to the Commander. Another car operating as a field kitchen served three or four troop transport cars—initially out of baggage cars converted for that purpose, and later in specially designed troop kitchen cars. 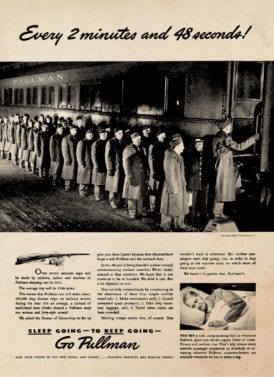 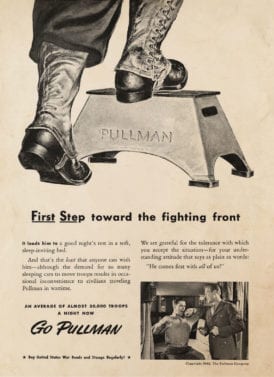 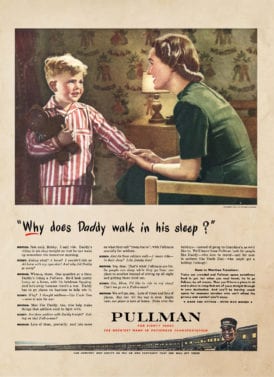 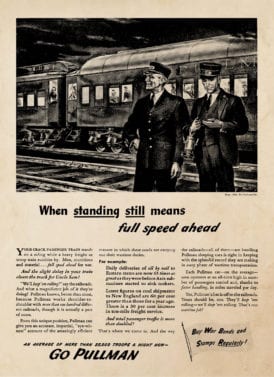 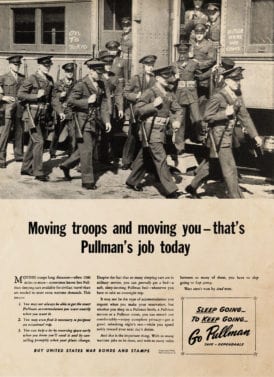 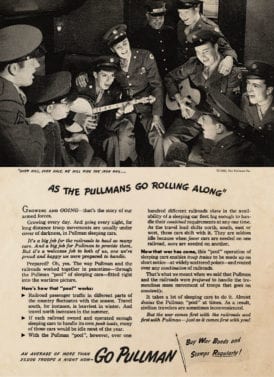 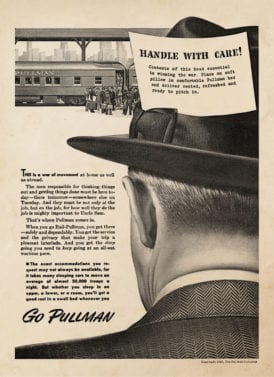 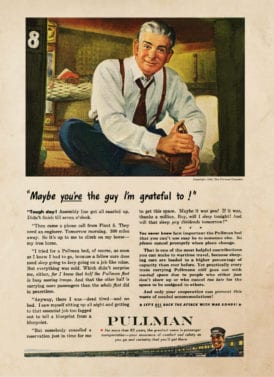 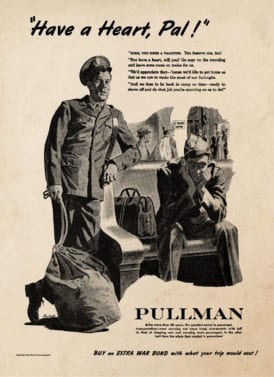 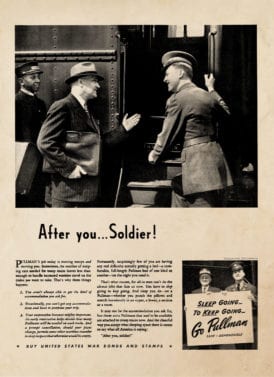 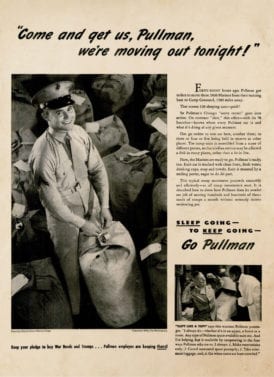 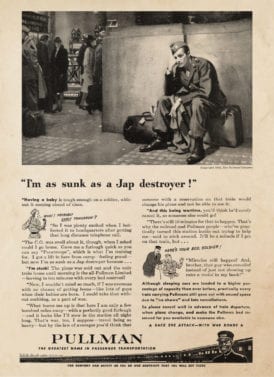 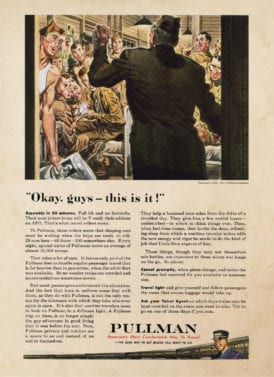 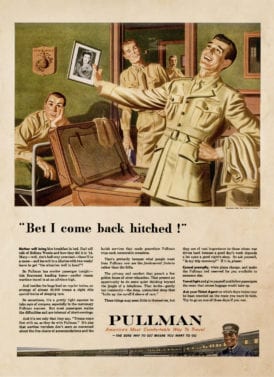 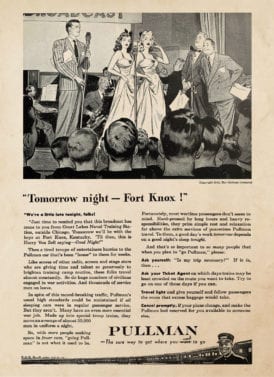 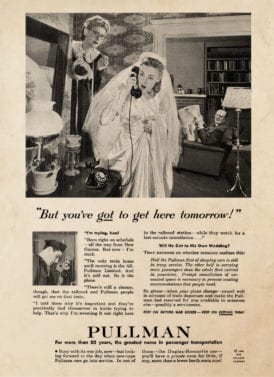 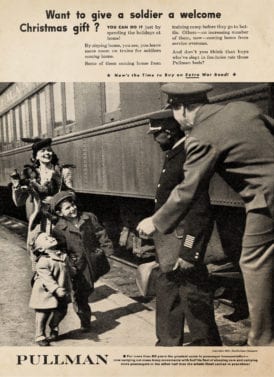 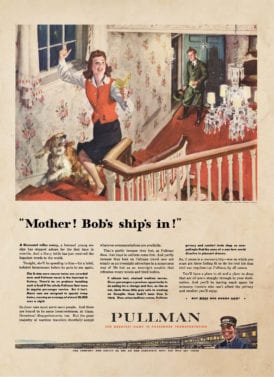 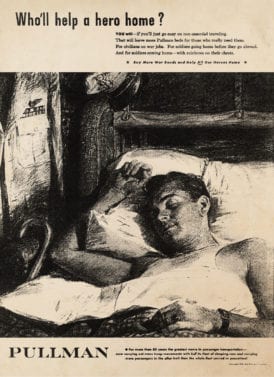