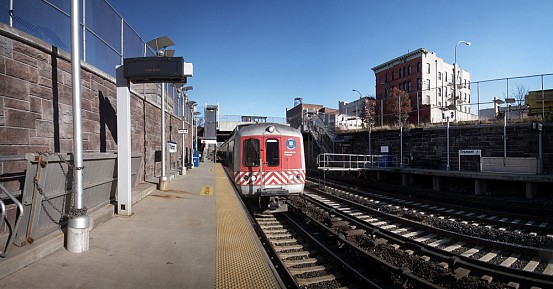 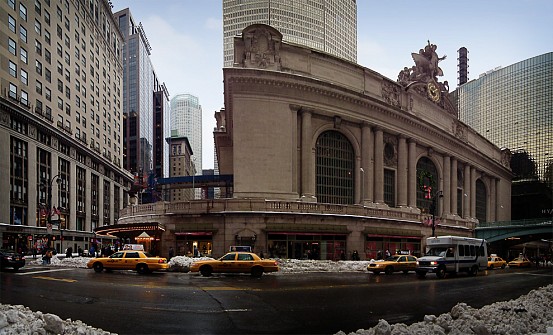 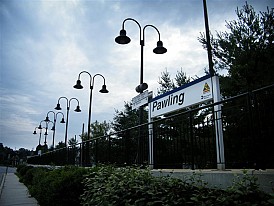 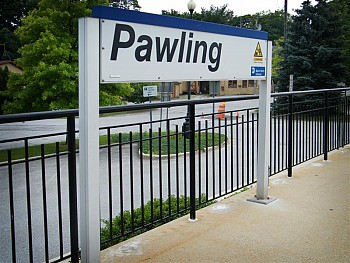 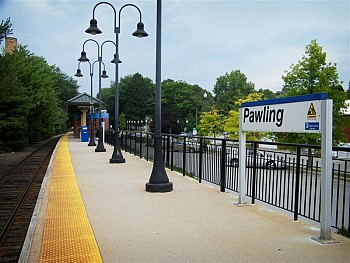 The next time you’re riding a train out of Grand Central, give a little wave goodbye when you pass Tremont station, at mile post 7.9. For Tremont is a lonely station – it may have four tracks, and it may see every Harlem and New Haven line train pass by, but only a handful of them stop. Like Melrose, Tremont is a Bronx station with somewhat more limited service than most other Harlem Line stations. During non-rush hours, that means a train about every two hours. Tremont is also small – the platform can accommodate only two train cars.

Enjoy this quick look at Tremont station through various panoramas… This pretty much wraps up our tour to the Harlem Line’s more limited service stations. Melrose and Tremont are like the big brothers of the bunch, as their limited service is much more often than the once or twice per day Mount Pleasant and weekend-only Appalachian Trail. These are the final weeks of my Tour of the Harlem Line, as I’ve featured most of the stations so far. Next week we’ll go and visit Crestwood, the last station to be featured that was part of the Mid-Harlem Station Improvement project (all of which have photos preserved in the archives of the Library of Congress). 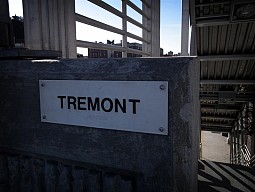