An amalgamation of several different aesthetic eras, Denver Union Station stands as an intriguing monument to railroading history. When gazing upon the building, it almost feels as if you could close your eyes and let yourself be transported to an array of different points in time. Focus on the rusticated red rhyolite exterior of the wings and you’ll fly to the 1880s when the majestic Romanesque revival depot was initially constructed. The granite beaux-arts stonework will whisk you to the 1910s when countless stations nationwide were being constructed in similar style, including this section of the station rebuilt. The neon sign crowning the top of the structure evokes the 1950s, as the heyday of railroading comes to a close and passengers eschew this place in favor of Stapleton International Airport. And perhaps the most intriguing of all is the thoroughly modern, white structural steel and fabric canopies that cover the tracks, which provide a contemporary reimagination of the iron and glass train sheds of yesteryear.

No matter which of those historical eras you find yourself most enamored with, every inch of the station provides a visually interesting viewpoint to appreciate. While a visitor’s camera lens could focus on something old, or something new, the (somewhat cliché) shot to get is from the platform stairs, capturing the steel arch of the new train hall framing the historic structure—a blend of 1914, 1952, 2014 all in one image. 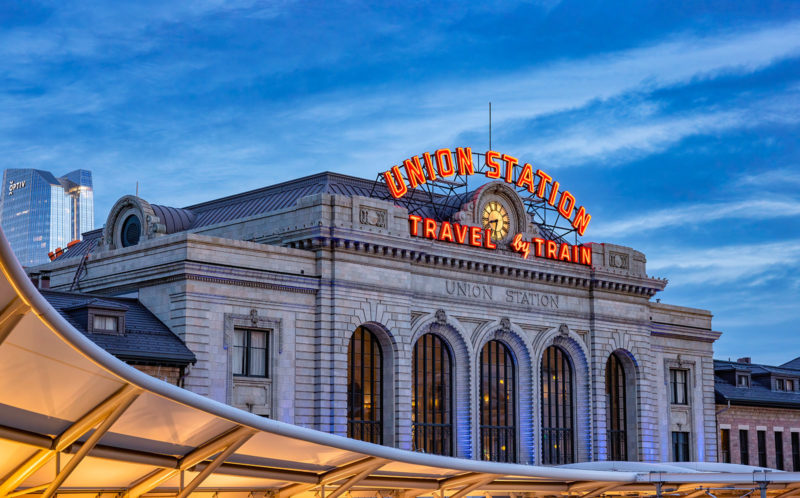 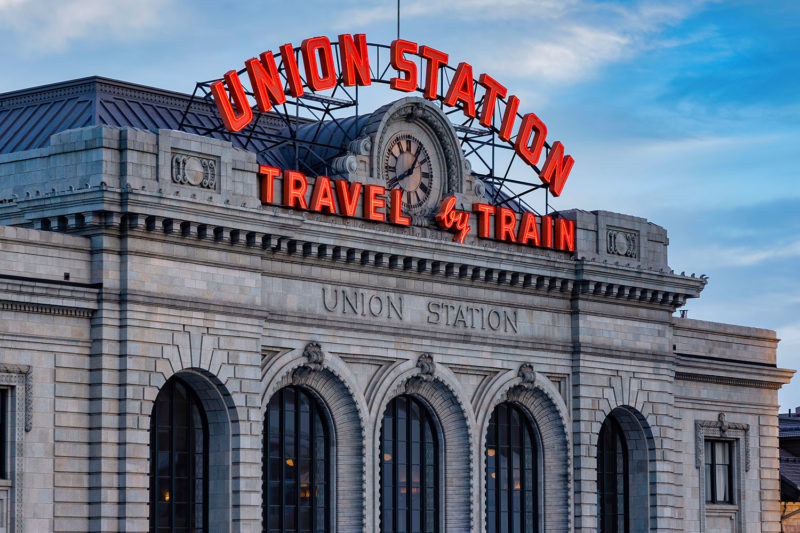 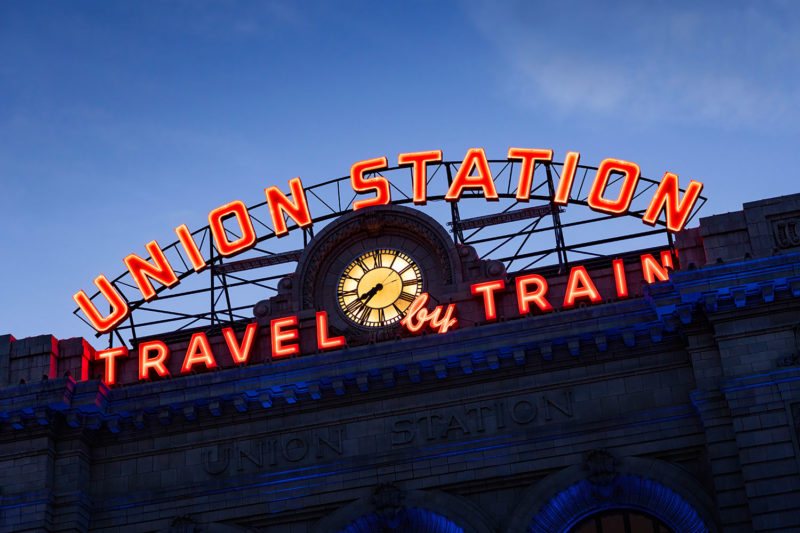 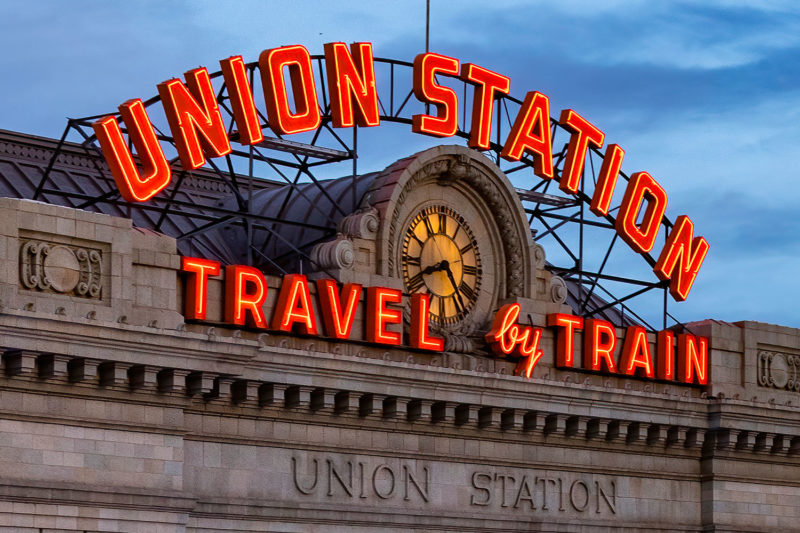 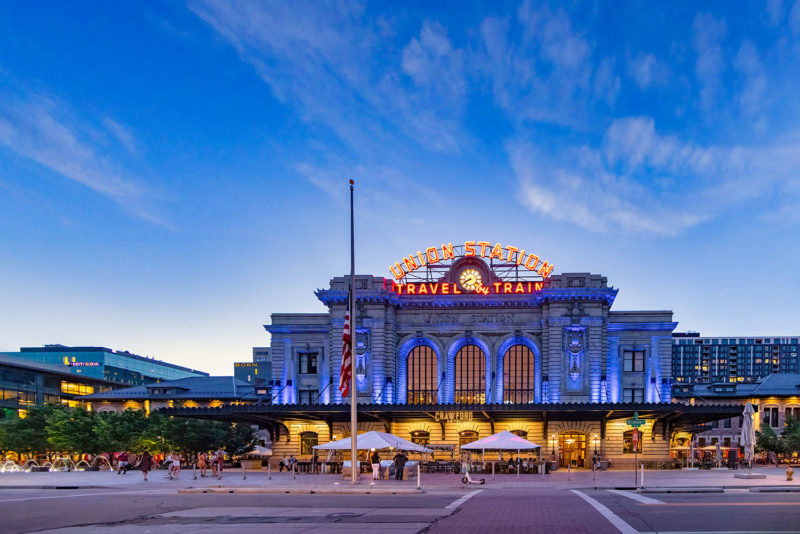 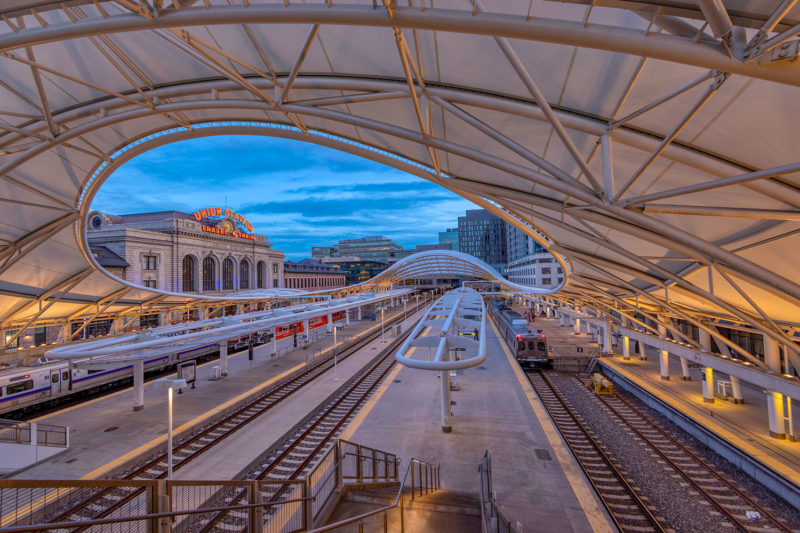 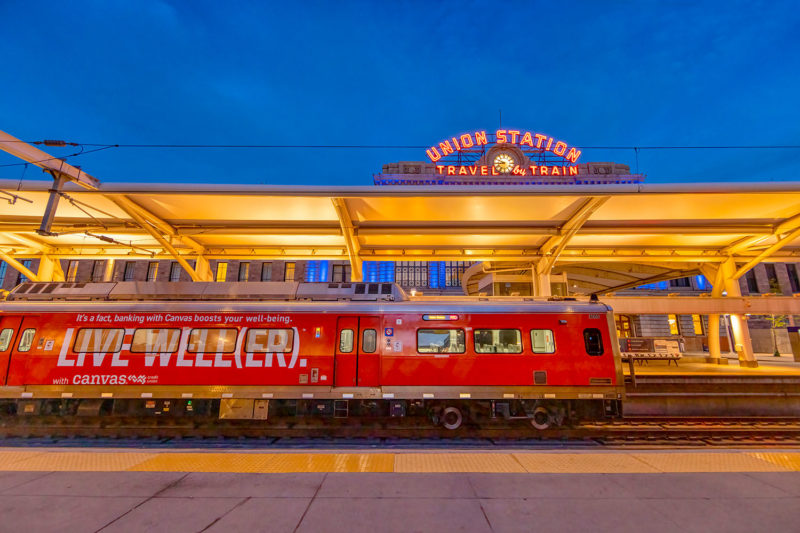 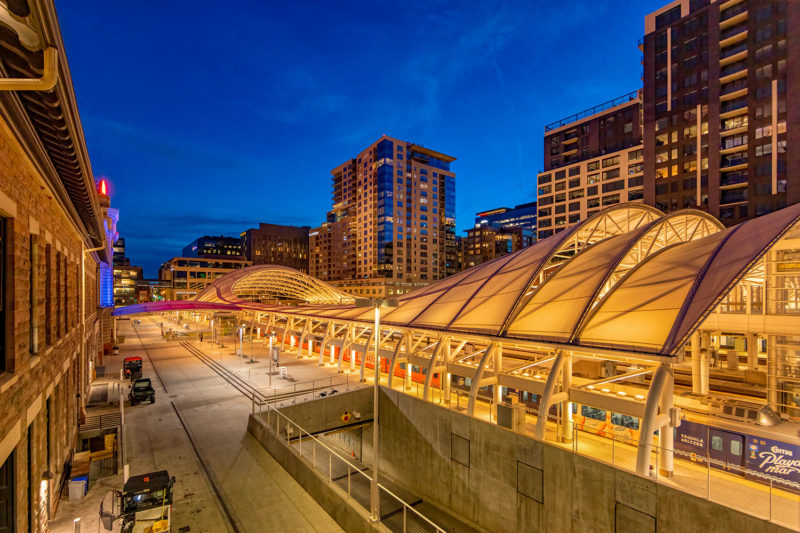 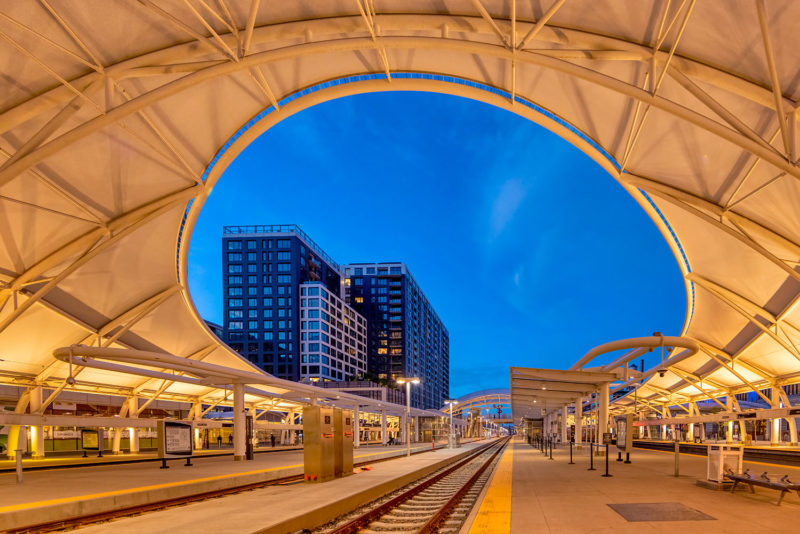 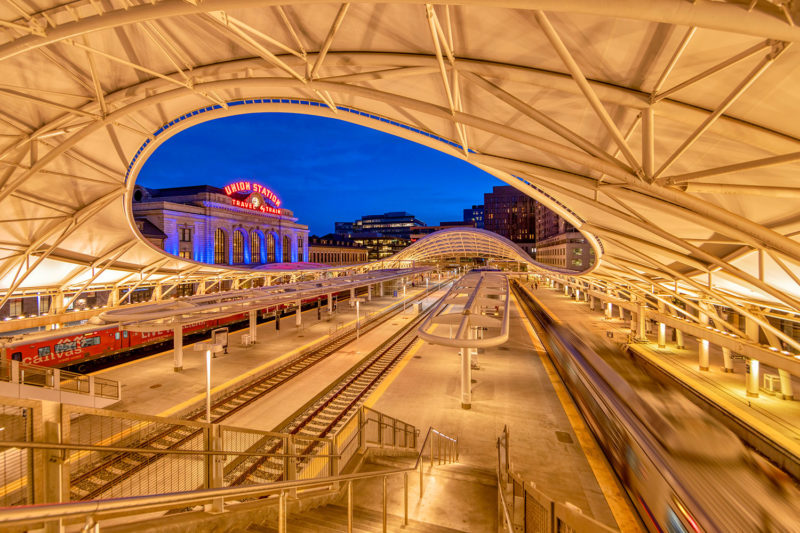 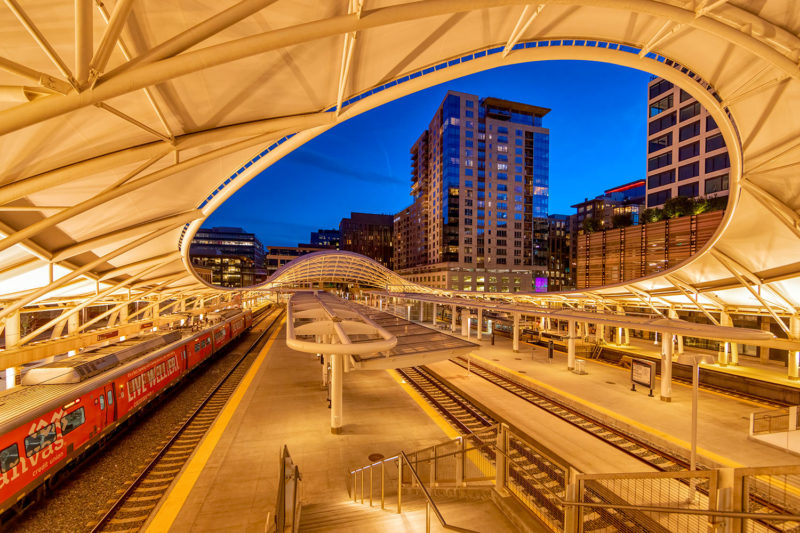 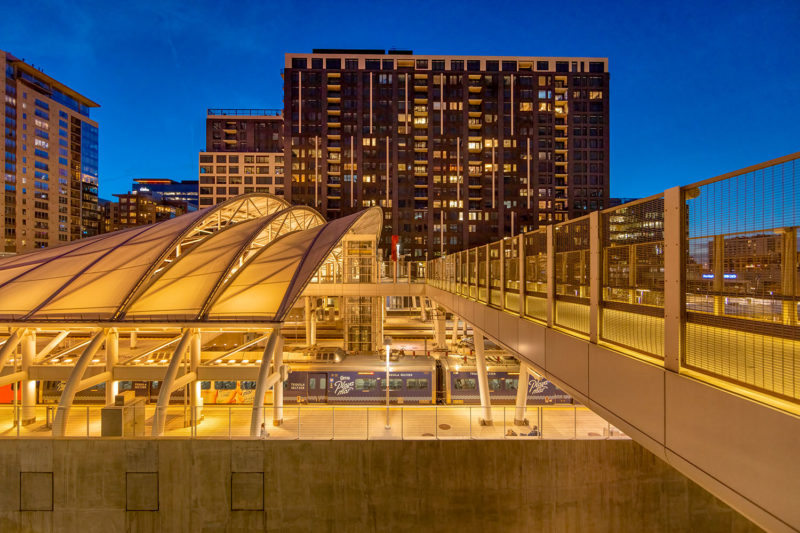