For the past eight months I’ve been working for an engineering firm in the telecommunications industry, which has been an engaging new journey for me. It is interesting to note that today’s topic stands at a crossroads of both railways and communications, and of course involves another love of mine, travel. Due to the pandemic I haven’t had much chance to get away for fun in the past two years, but earlier this month I finally got to visit somewhere that’s always been on my list—Hawaii.

Today’s wanderings take place about fifteen miles southeast of Hawaii’s capital Honolulu, on the island of O’ahu. “Recent” volcanic eruptions from several thousands years ago have sculpted the island and its coasts, and tuff cone Koko Crater is a notable byproduct. The crater, originally owned by the Hawaiian royal family, was selected by Marconi’s Wireless Telegraph Company as a trans-Pacific relay point for wireless communications in 1912. The site was built as a link in a chain that was expected to circle the globe, relaying messages to other stations in Japan and San Francisco, which in turn would relay those messages further along, connecting the globe. Intended to work jointly with the nearby Kahuku station—with Koko Head receiving and Kahuku transmitting—Kahuku ended up being able to handle both jobs, rendering Koko Head superfluous early on.

With the onset of World War I, all radio communications sites were taken over by the government, and Koko Head was operated by the Navy, who used it for a short time as a receiving station. Eventually the equipment at both Kahuku and Koko Head was replaced by better technology elsewhere, and both fell out of favor. Nonetheless, Koko Crater’s strategic position atop the Hawaiian horizon would bring further opportunities. In 1942 the US Army began constructing a military installation at Koko Head, with a base camp for stationed soldiers to live at the bottom, and a radar station at the summit of the crater. To facilitate the movement of supplies and personnel to the top, a tramway was constructed and completed in 1943.

After the war the site was turned over to the Hawaii Air National Guard and continued to serve as a radar station. The site also contained a microwave link facility for the Federal Aviation Administration. With the advent of more advanced technology, yet again the site was retired and the land (and tramway) turned over to the city of Honolulu in 1966. The city had little use for the tramway, and the infrastructure steadily deteriorated over the years. 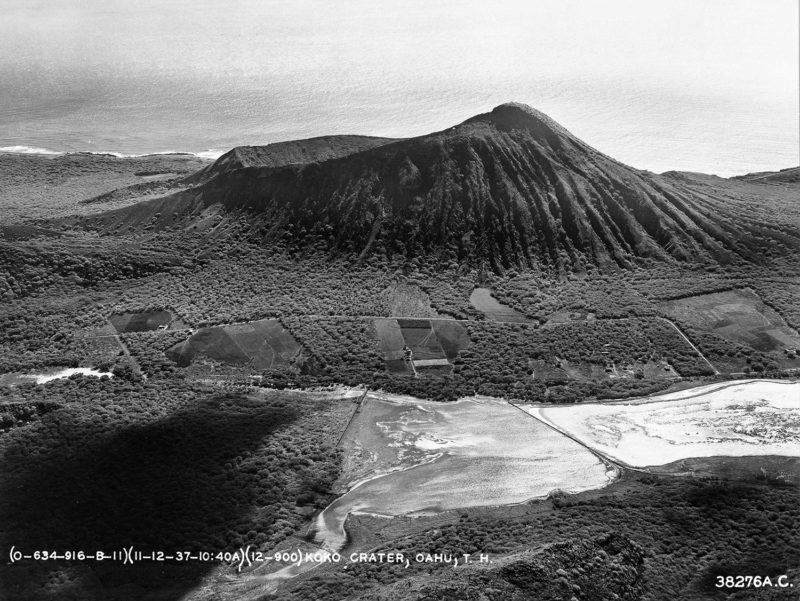 Koko Crater in 1937, from the National Archives 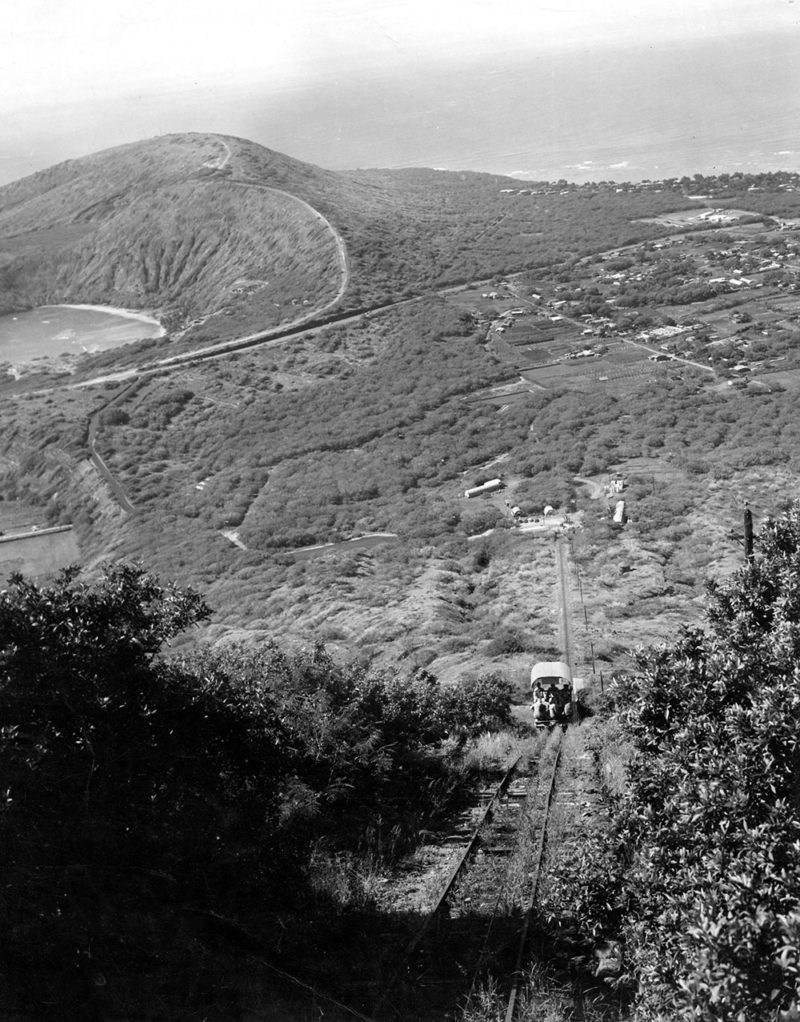 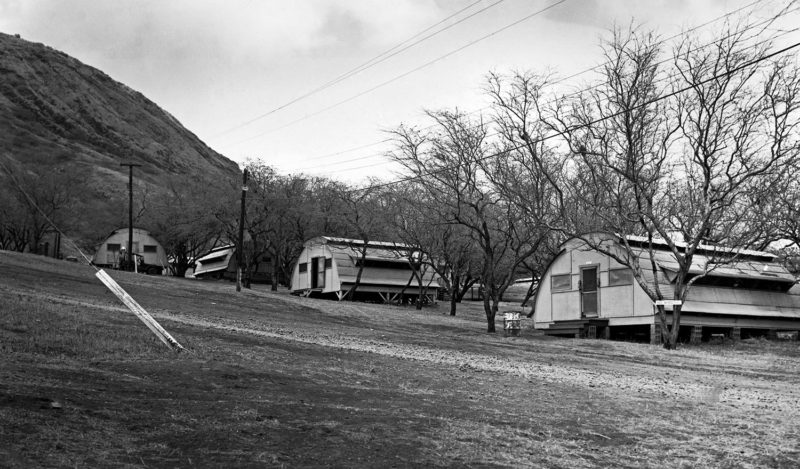 Base camp at Koko Head 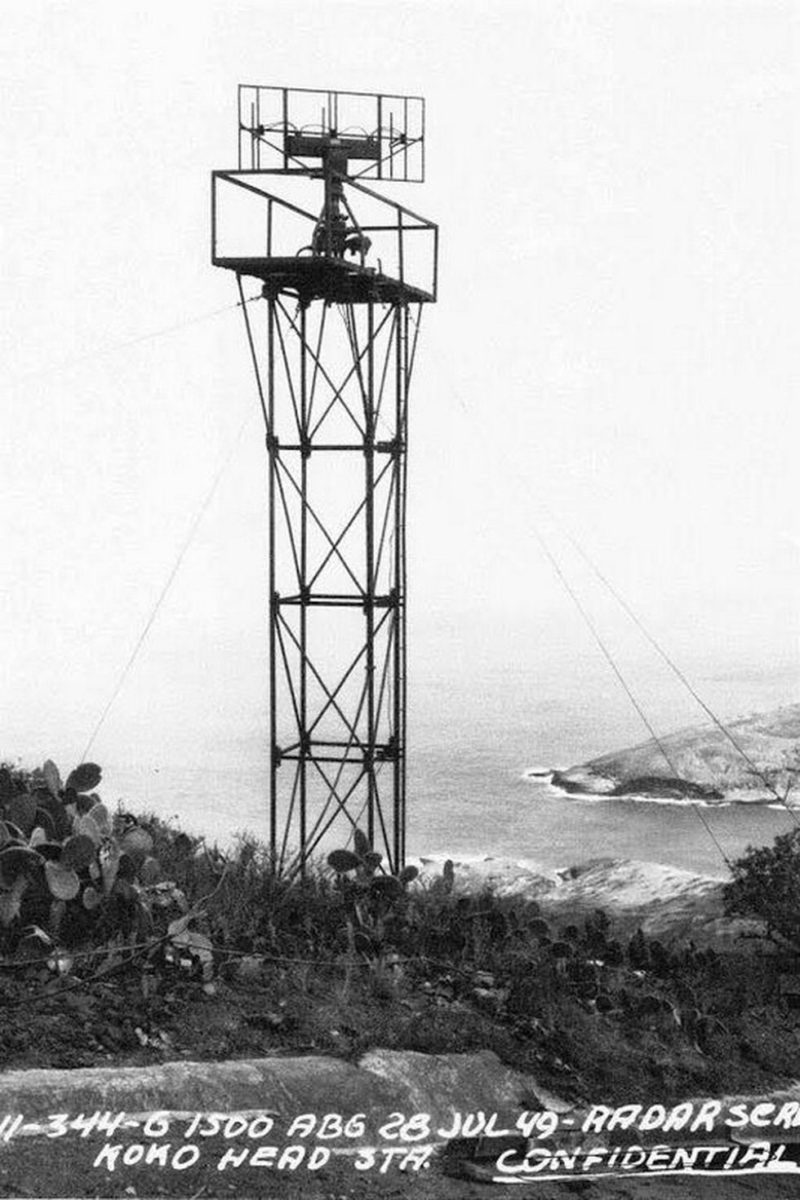 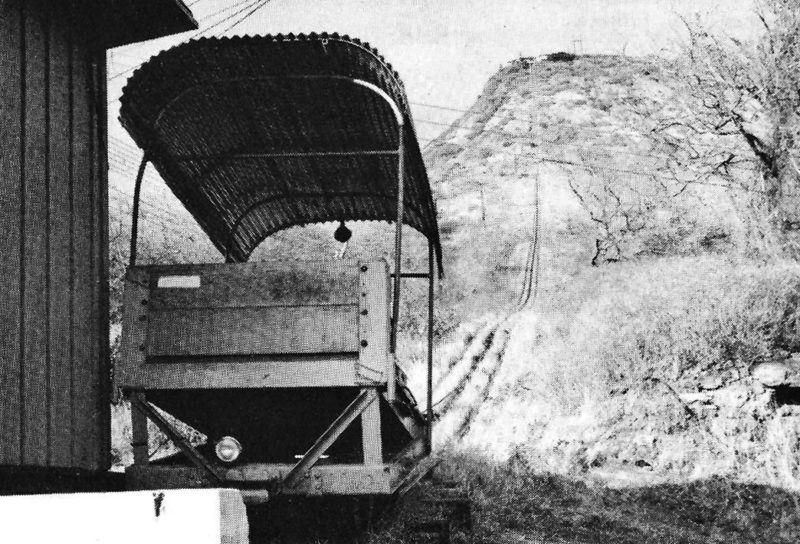 Tram car, from the Hawaii Guardsman

Thank you to the Hawaii National Guard Retiree News website, which has posted several photos of the original Koko Crater tramway

At some point, however, locals became intrigued with the former tramway, using it as an athletic challenge. The railway ties had in effect become a stairs, albeit a more strenuous climb than any typical stairway. The city never encouraged the practice, yet never quite turned away anyone until 2008, when no trespassing signs were posted in response to injuries along the stairs. After an intense backlash from the locals that frequent the trail for exercise (according to a 2019 survey, more than half of the trail’s users live on O’ahu), the decision was soon reversed.

Despite the reopening, the trail had in fact degraded to the point of dangerousness. The ties were heavily worn and the land underneath eroded. In 2018, a local group of volunteers formed, calling themselves the Kokonut Koalition, and have worked tirelessly to repair what I will dub the “rail trail on steroids.” Engineer Don Jacobs, who had worked on the Manitou Incline—a similar conversion from rail to steep trail in Colorado, was consulted on the project, and came up with a plan for repairing the tramway to make it safe again. On October 23, 2021 the group completed the final stair, and held a celebration ceremony on the 28th. Though complete for now, the Kokonut Koalition will continue to maintain the trail, and you can donate to their efforts to do so here. 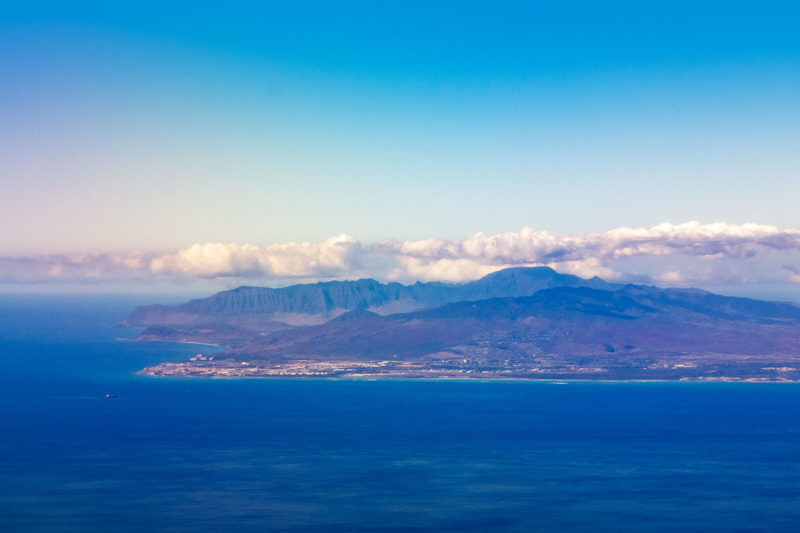 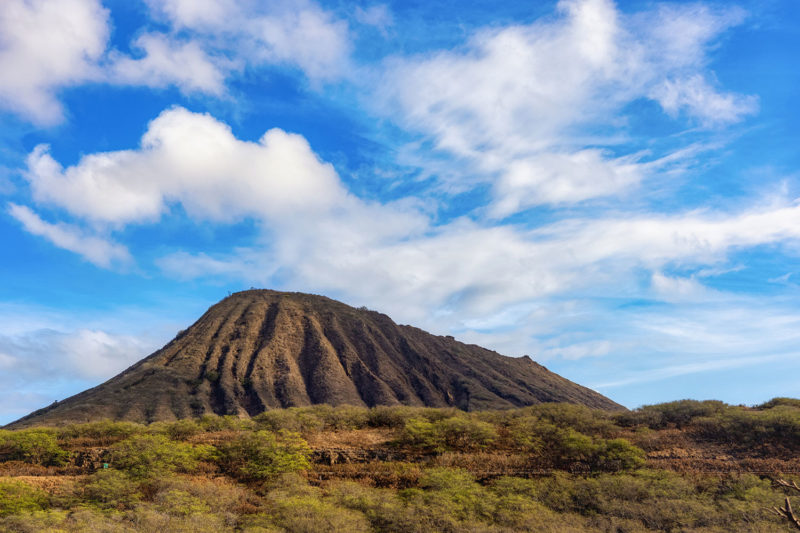 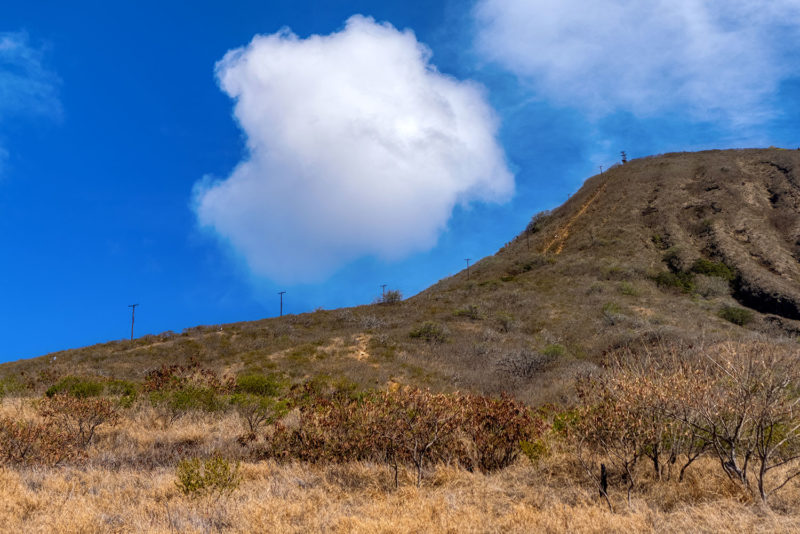 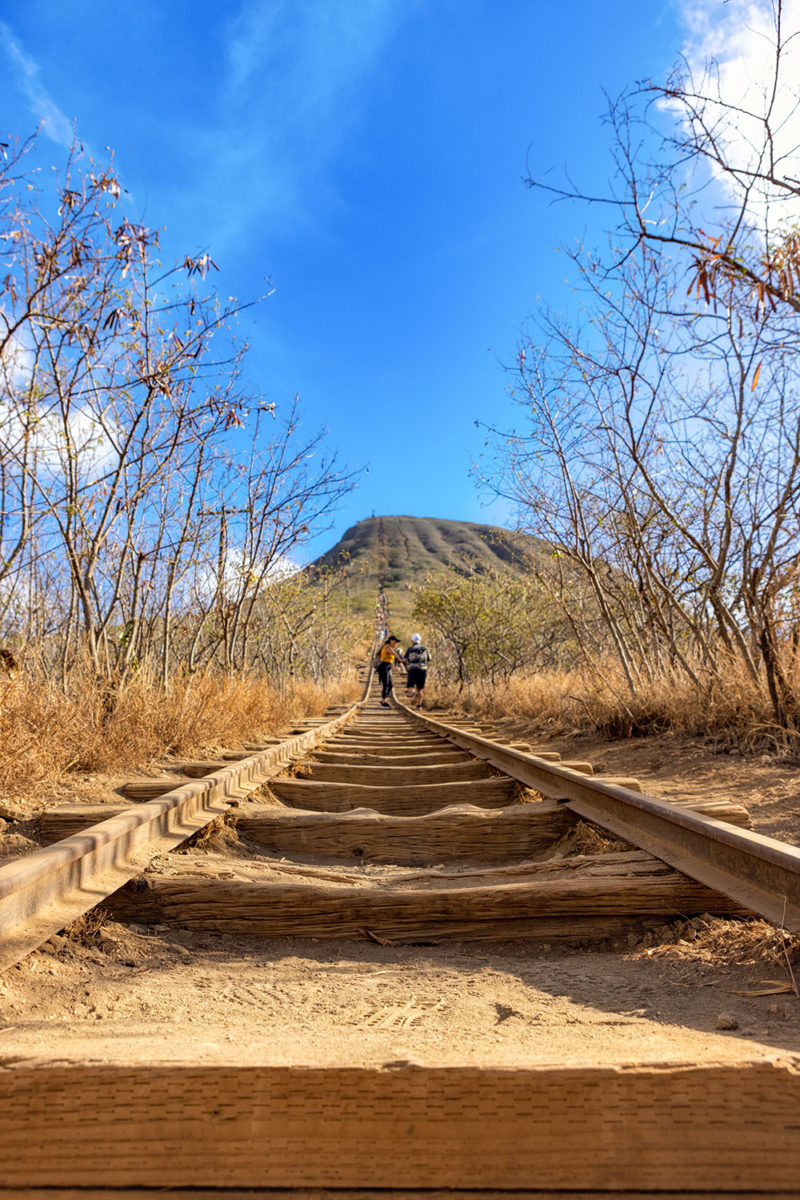 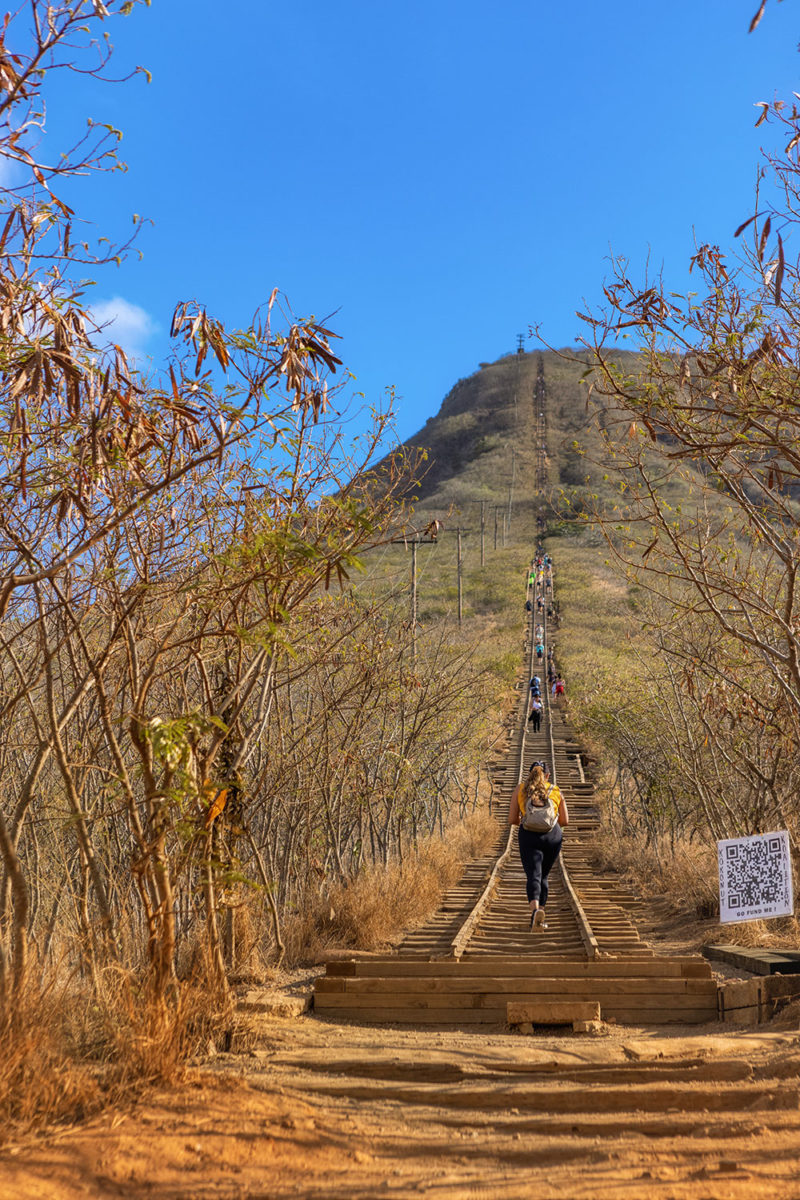 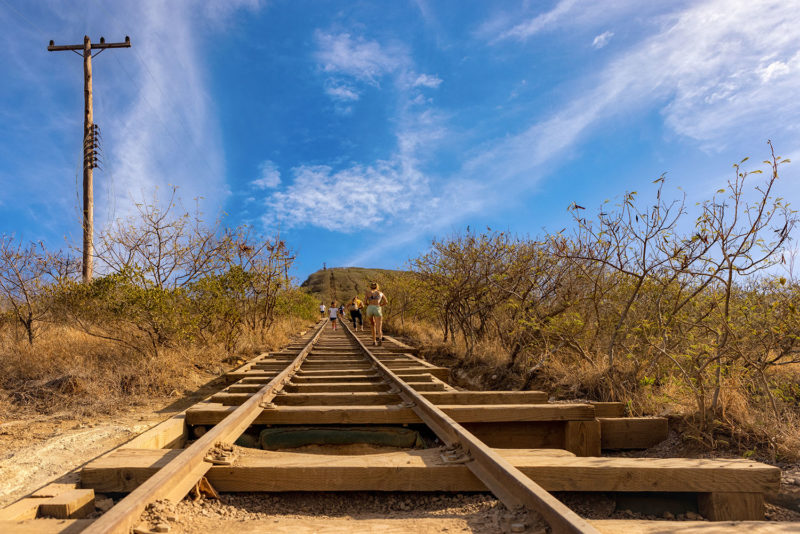 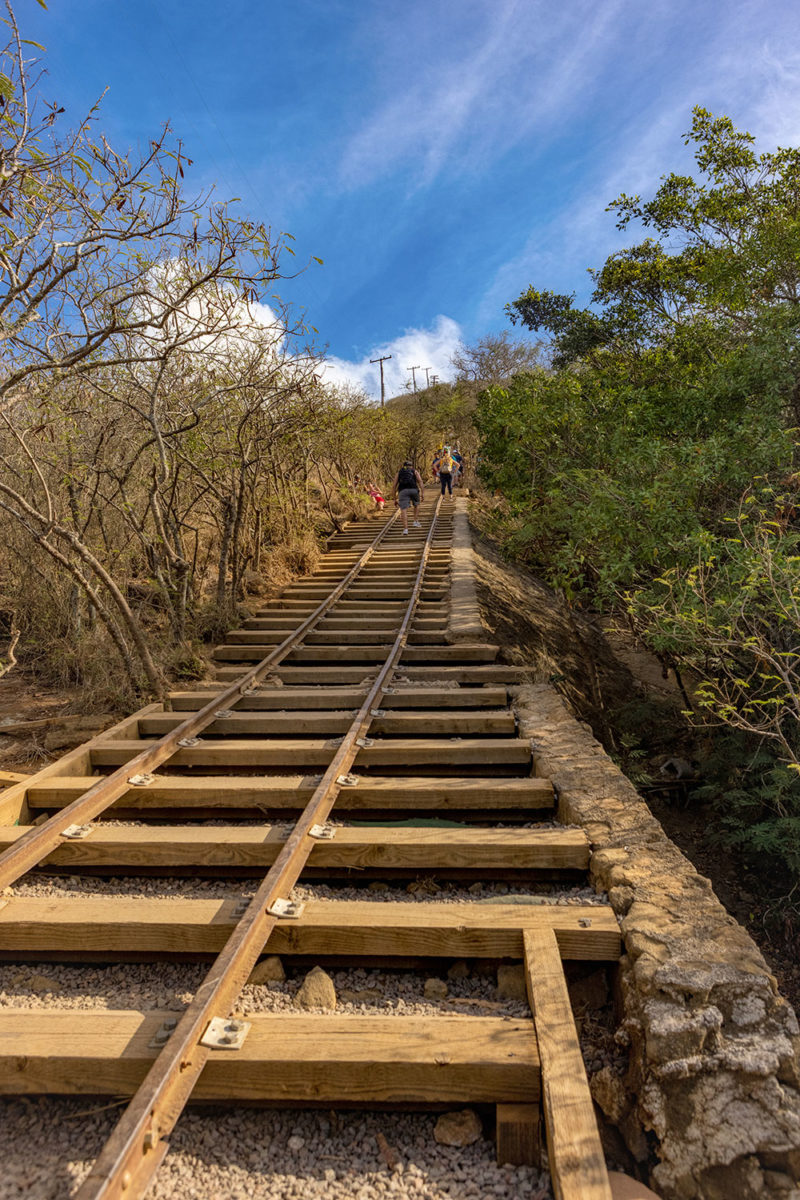 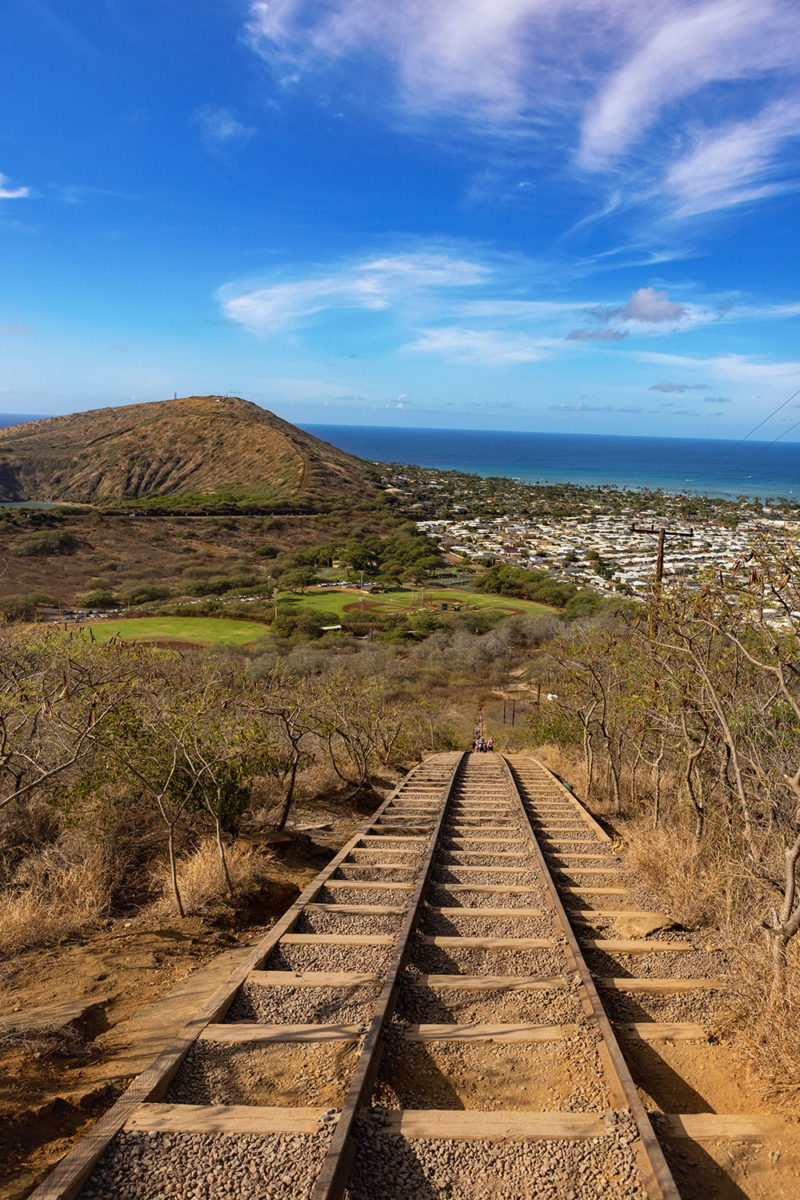 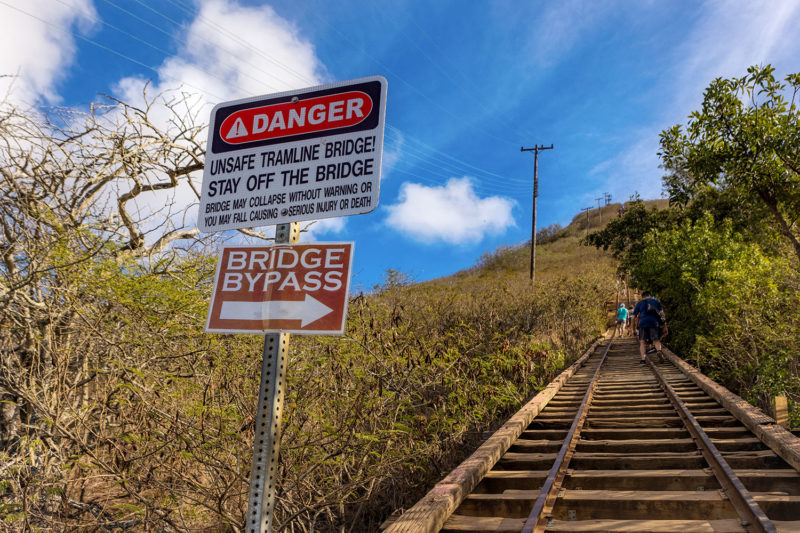 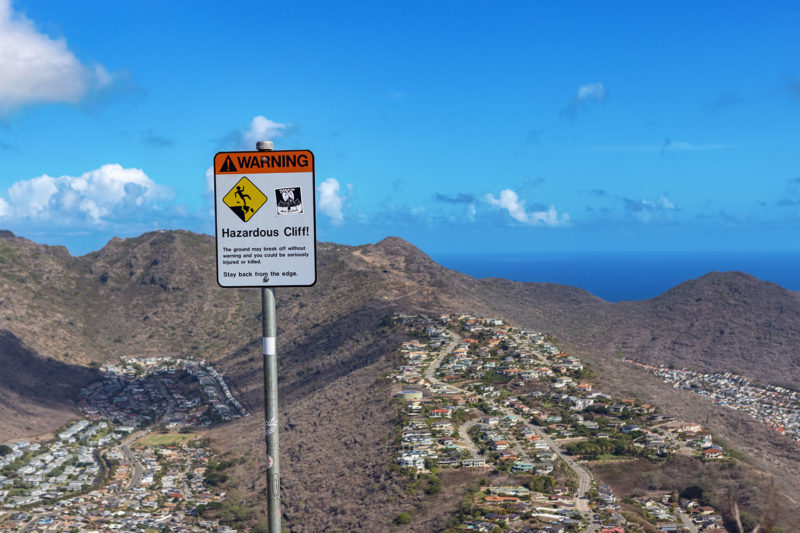 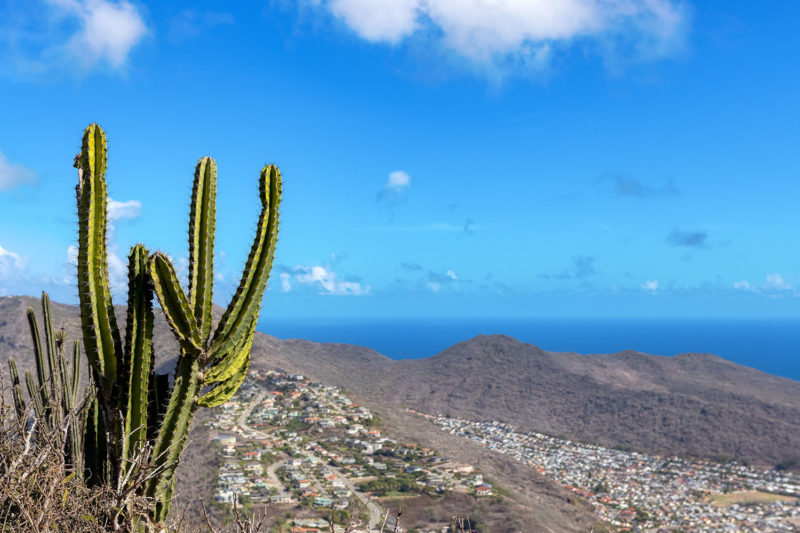 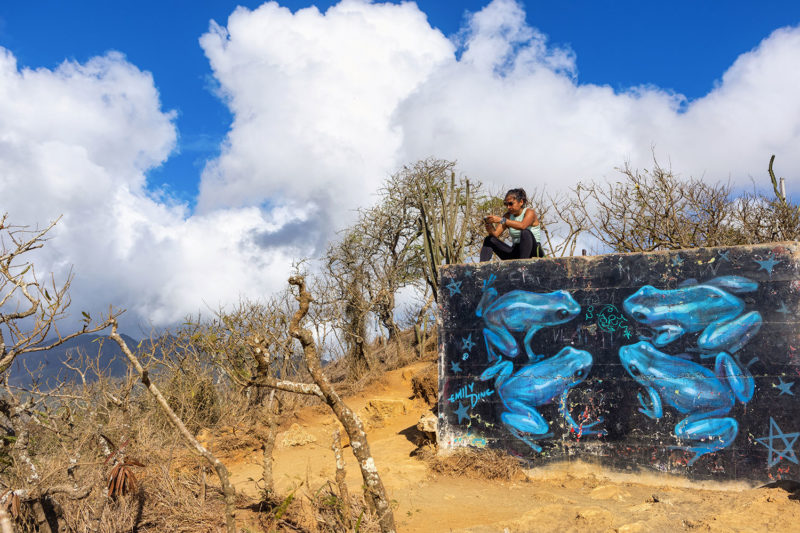 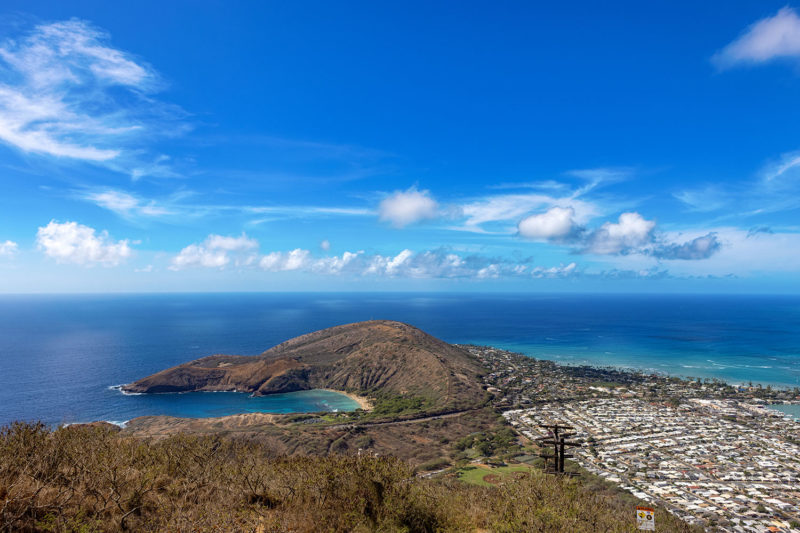 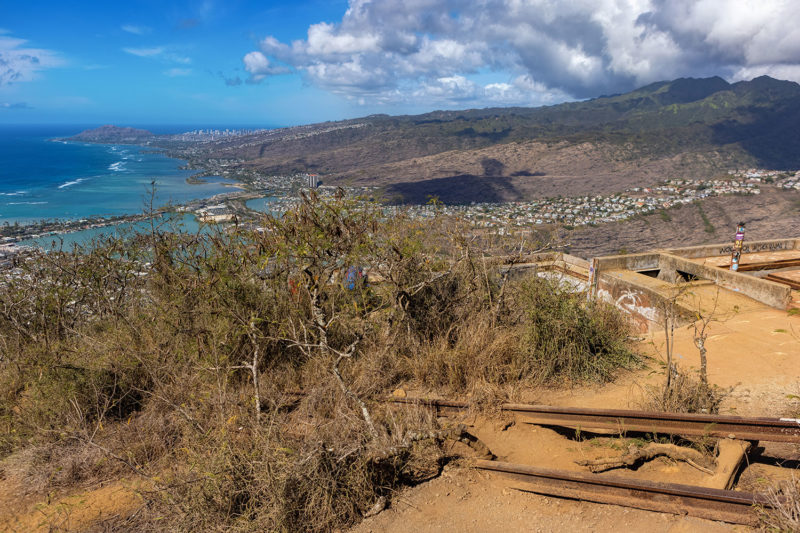 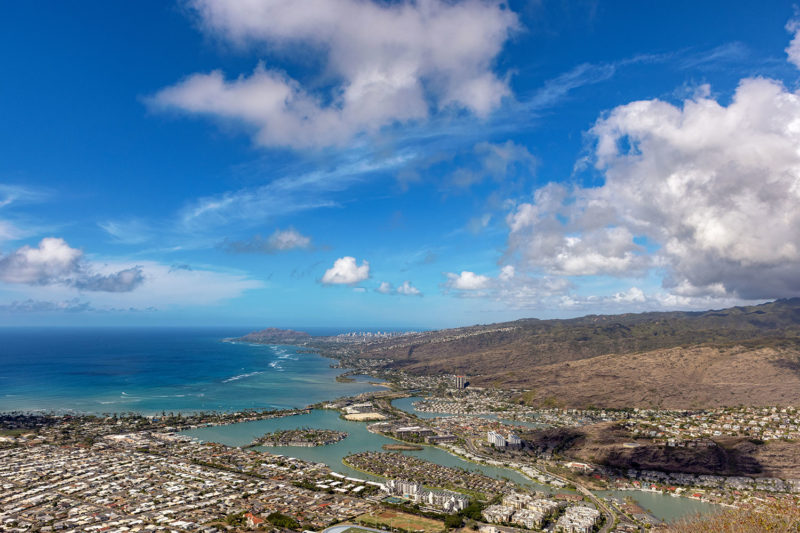 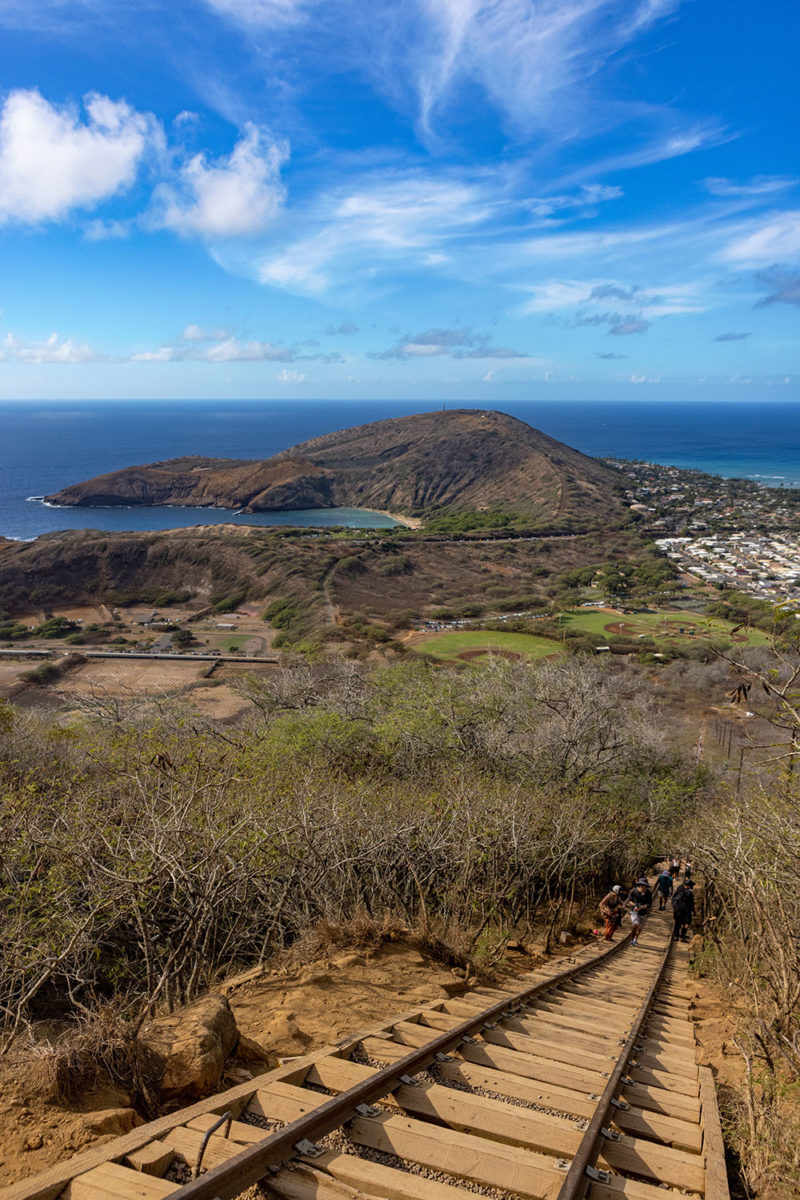 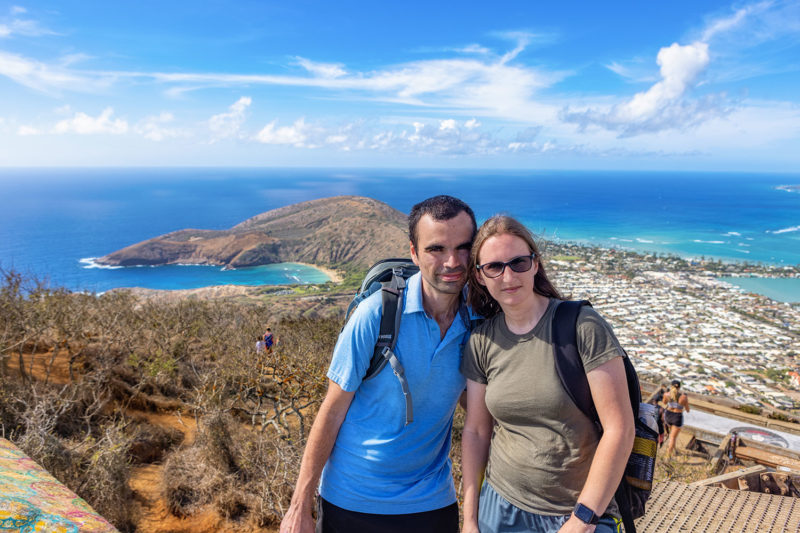 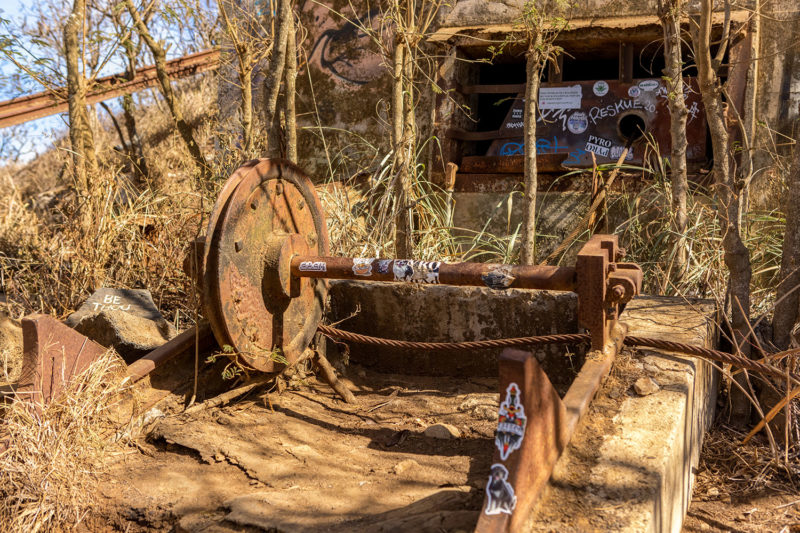 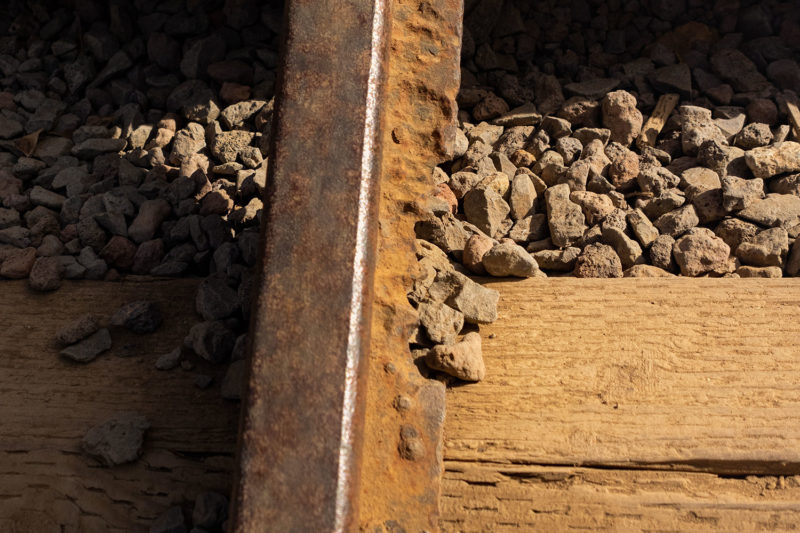 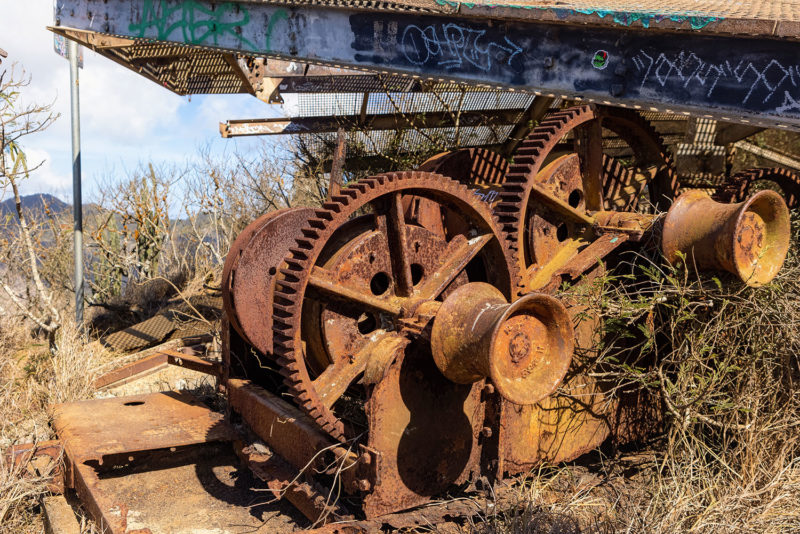 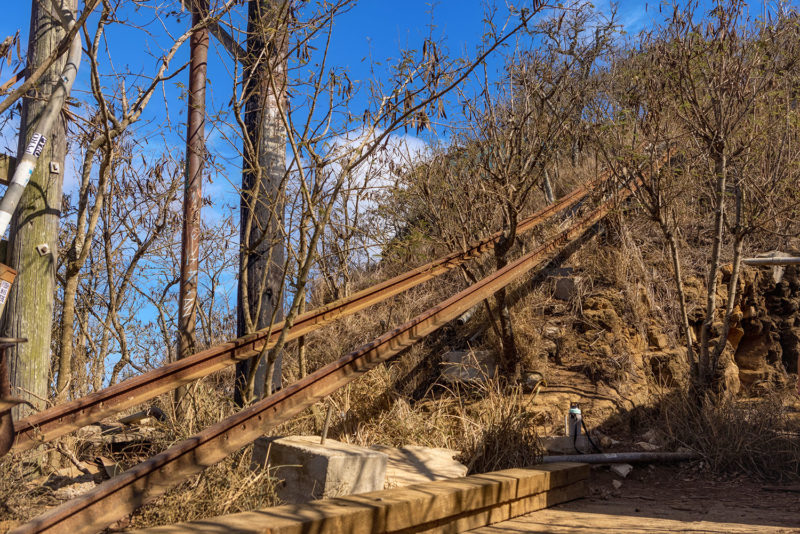 Tourists have hiked Koko Crater for more than a century, and with the recent repair of the stairs, expect the number of visitors continue to grow. The hike is worth doing for the views from the top, but do expect a challenge. Some guidebooks and travel “influencers” make it sound overly easy, setting visitors up for failure before they even begin. I was surprised to see people dragging their toddlers up the mountain, or climbing barefoot because they only wore flimsy flip flops. To set the record straight, the hike isn’t easy (22% of hikers on Hiking Project have rated it a double black diamond, and 57% a single black diamond), and even physically fit people have been injured doing it. Nonetheless, reasonably fit people shouldn’t have an issue hiking to the top, just don’t expect it to be a cakewalk (President Obama and photographer Pete Souza hiked the trail in 2015 and described it as “grueling”).

The fact that the trail is only a little over half a mile is somewhat deceptive. You begin at around 200 feet above sea level, and the tramway continues up another 1,000 feet, and there are spots where you’re climbing up a 49% grade. Plus you’ll end up climbing even higher to reach the vantage point of the old radar platform. But obviously, a little common sense goes a long way. If you’re looking to do the hike be sure to wear sturdy footwear, bring lots of water and sunscreen, and consider hiking earlier in the morning to avoid the full power of the sun.

The views at the summit are fantastic, just ignore the excruciating pain that you have in your thighs for the next three days afterward.