Today we are wishing the New York and Harlem Railroad—New York City’s first railroad—a very happy 190th birthday. On this day in 1831, the railroad was chartered to build from 23rd Street to the Harlem River. Ground was broken later on that year on October 11, in a rocky section of Murray Hill, around 32nd and Fourth Avenue. After a ceremonial rock boring, railroad president John Mason blasted a whistle thirteen times and delivered a rousing speech, celebrated with cheering from the crowd, and drinks of sparkling champagne.

Although so long ago, in some respects we today are in a similar situation. The city was likewise gripped in a pandemic, although in this case the killer was cholera. Arriving on the shores of New York from oceangoing vessels, the bacterial disease killed 3,000 New Yorkers by the end of the summer in 1832. Laborers building the railroad found parts of the city deserted, as nearly 100,000 people fled the city in fear of cholera. Several of the workers contracted the disease, which some blamed on the apples they would eat from an orchard along Third Avenue, but it wouldn’t be until 1854 that John Snow discovered that the affliction was transmitted through contaminated water. Many of the city’s upper-class denizens were apathetic toward the disease, blaming the poor and their “moral depravity.” Despite cholera’s predominant effect on the working class, construction of the railroad continued.

On November 14, 1832 the festivities were far greater than the groundbreaking the previous year—every New Yorker in the vicinity wanted to see the opening of the New York & Harlem Railroad. The mayor and railroad executives arrived by carriage to the depot near Union Square, and every window in every building facing the tracks had little heads peeking out to catch a view of this novelty of transportation. Two railcars resembling an omnibus had large iron wheels that fit the flanges of the rail, and were each pulled by two horses. Each car, upholstered in fine cloth and complete with fine glass windows, could accommodate forty passengers inside and out. Getting up to a speed of about twelve miles per hour, the horses were able to pull far heavier loads over the rail than if they were on the pavement.

A horsecar on the New York & Harlem Railroad

“The comfort and convenience of this railroad to our citizens will be inconceivable. Instead of being cramped and confined to a single lot of ground and a close atmosphere in the city, an acre or two will be purchased and a comfortable house built at a reduced expense, a garden, orchard, dairy and other conveniences follow; and the train of railroad carriages will start from Trinity Church and convey passengers to Harlem and the intermediate stopping places, with as much facility and ease as they are now conveyed to Greenwich Village. These are a few of the advantages which this small undertaking promise; and in fact it will make Harlem the suburbs of New York.”

Many were already dreaming for the future. The New York Courier and Enquirer predicted the creation of suburbs because of the railroad, although they were conservative in their estimation that only Harlem would be the suburb. The rail line would eventually spur growth in Westchester and beyond, making New York City easily accessible for commuters. But at this time everyone except the idealists saw the little rail line as just an experiment. Cars were frequently full, although they only operated from 9 AM to 5 PM on every day except Sunday. Stations were largely suggestions—it was permissible for drivers to stop anywhere a passenger needed.

Eventually the line became an established method of transport, with a second track and trains running every fifteen minutes. Locomotives were acquired, supplanting horses on the northern end of the line. Further tunnels were bored, including a 600 foot long tunnel through solid rock in Yorkville between 88th and 95th Streets. By fall of 1837 the line had reached the banks of the Harlem River, and operated from designated stations: Walker, Grand, Broome, Prince, Bond, 4th, 9th, 18th, 21st, 25th, 28th, 32nd, 42nd, 50th, 61st, 71st, 79th, 86th, 92nd, 109th, 115th, 125th, and 133rd. 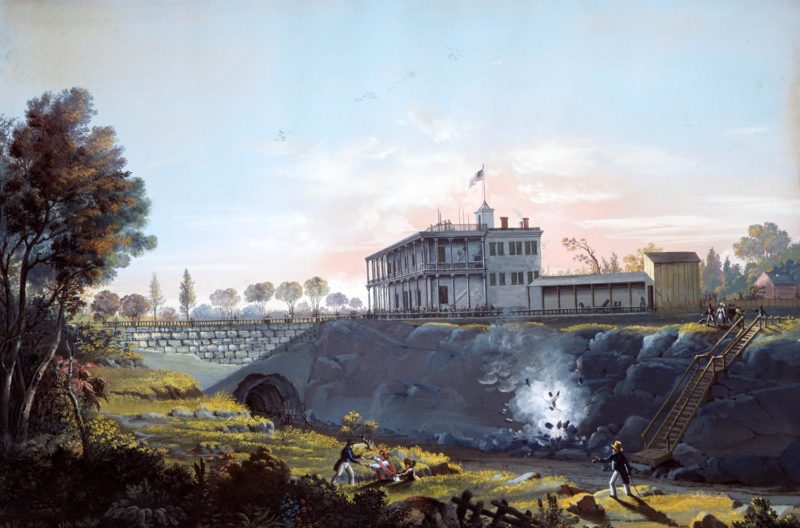 View of the Tunnel of the Harlem Railroad by Nicolino Calyo, circa 1837.

“The Harlem Railroad may now be considered as completed. This road may be considered but a great link to greater and mightier undertakings. When the rails are laid as they unquestionably will be to Albany, it is certain that there will be one uninterrupted line from this city to Buffalo.”

No one had expected the railroad to go beyond Harlem. A previously chartered road, the New York and Albany Railroad, was unable to complete their line after six years and surrendered their rights to the New York and Harlem in 1838. The state legislature authorized the construction of a bridge over the Harlem River, and construction began to Putnam County and beyond. By February 1840 the railroad owned 140 horses and 6 locomotives: Minerva, Westchester, New York, Harlem, Yorkville, Brother Johnathan. Two years later the line had reached Williams Bridge, and in another two years, White Plains. It finally reached its northernmost point of Chatham in 1852.

The railroad will always hold a special place in New York’s history as the city’s first railroad. Although its importance diminished over the years, playing second fiddle to the line along the Hudson River and later experiencing partial abandonment, the line will have both riders and fans in its current incarnation as Metro-North’s Harlem Line for many years to come. 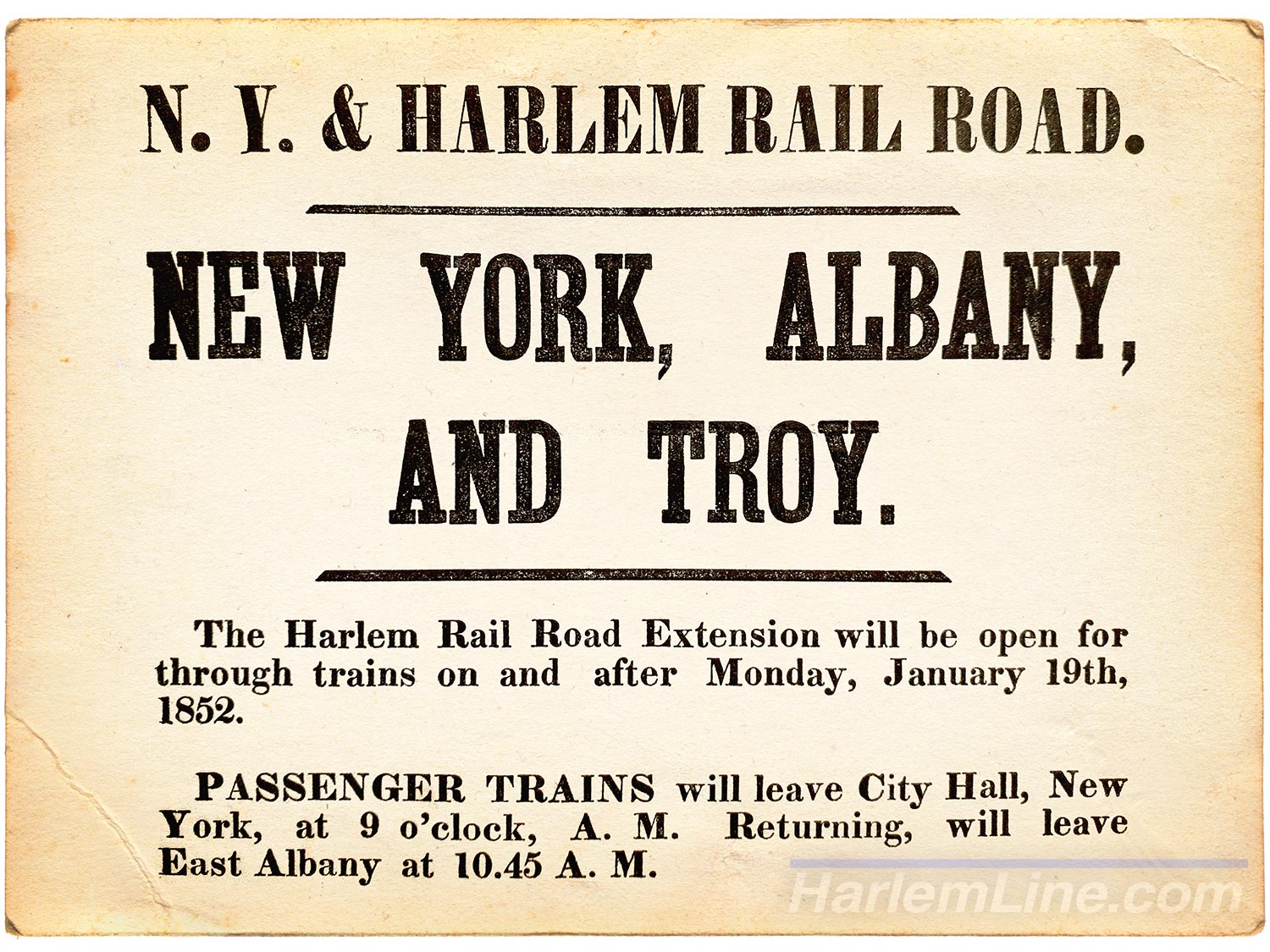 The New York & Harlem finally arrives to Chatham, from the collection of Dave Saums 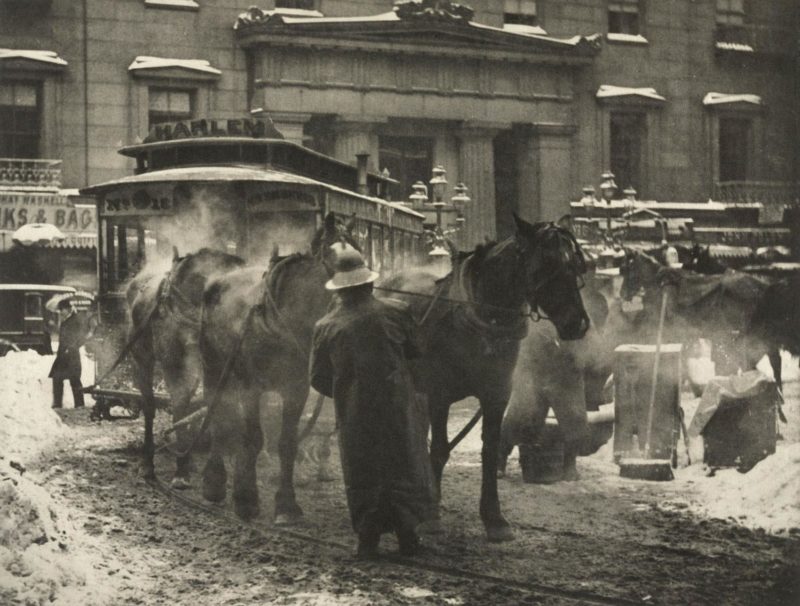 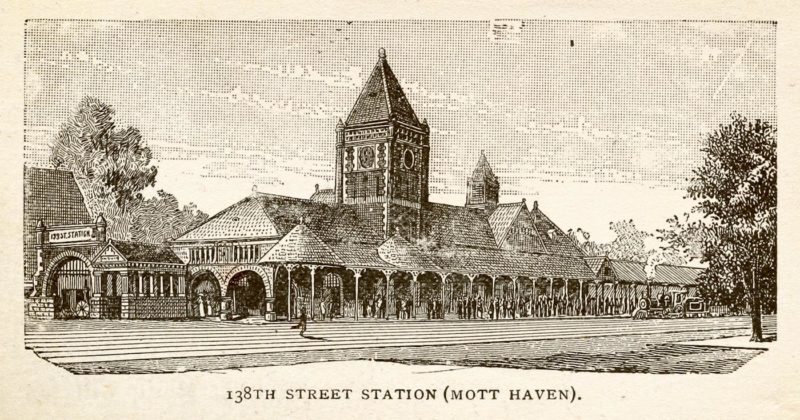 An illustration of the station at 138th Street 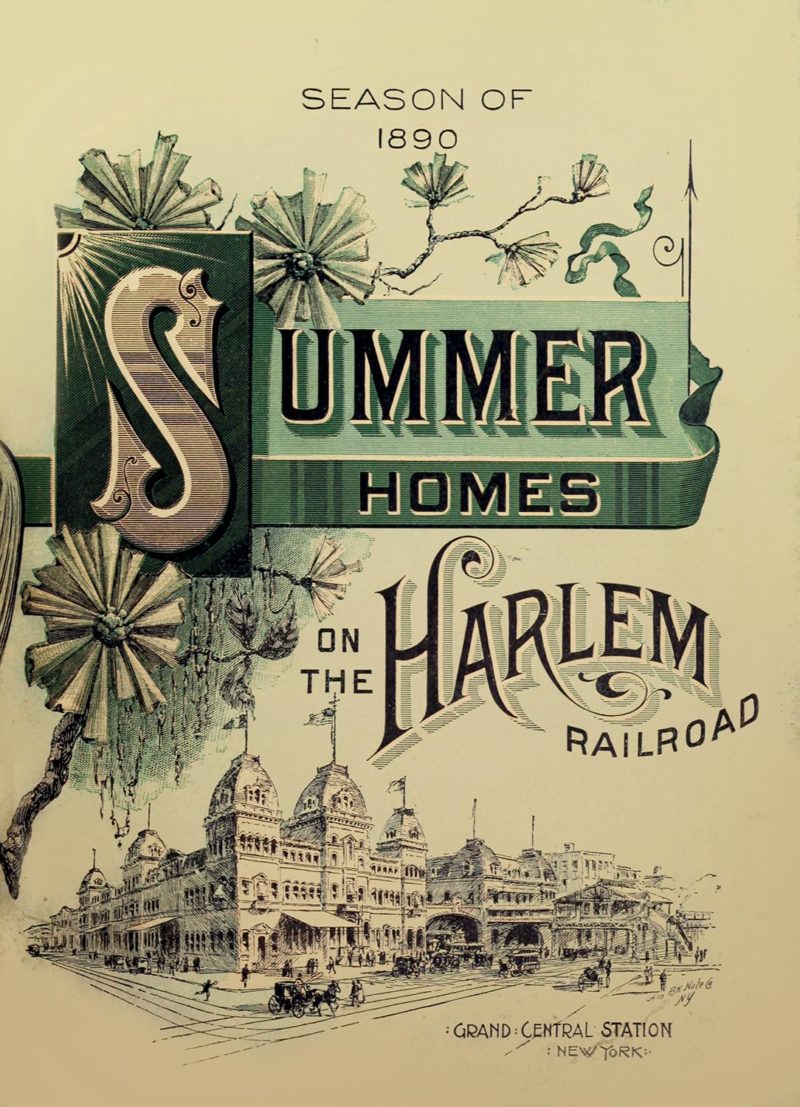 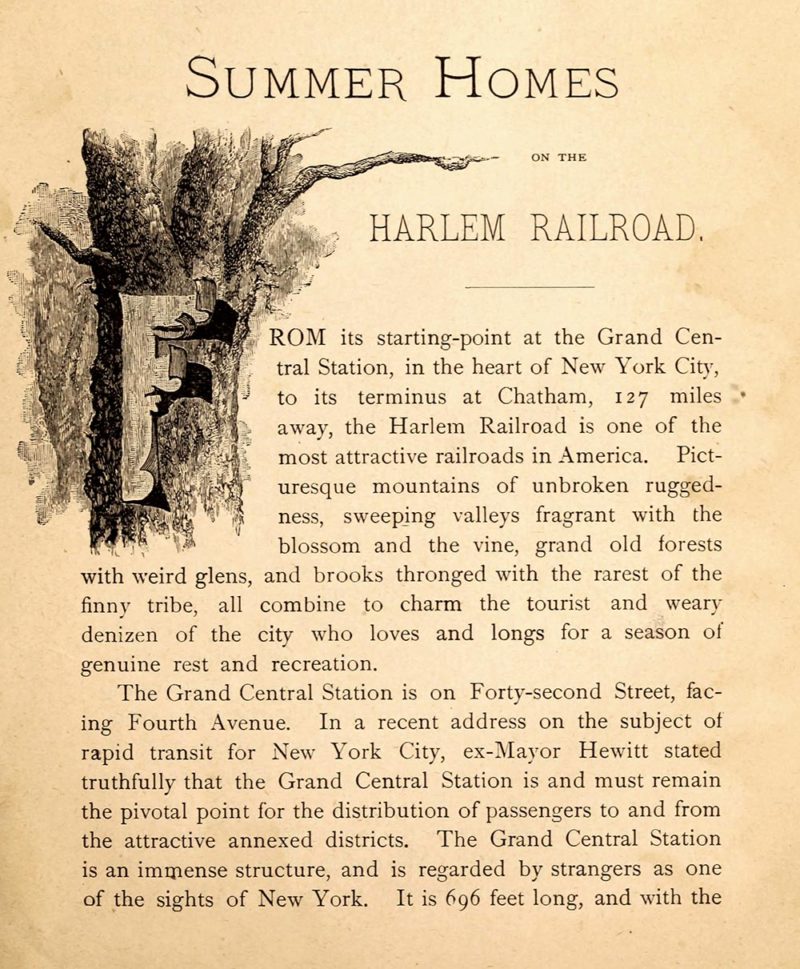 An introduction to 1890's Summer Homes on the Harlem Railroad booklet 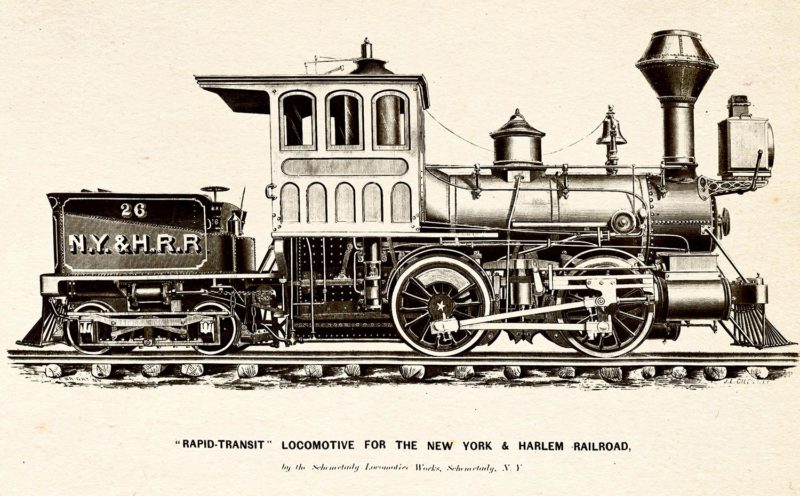 A "rapid transit" locomotive for the route 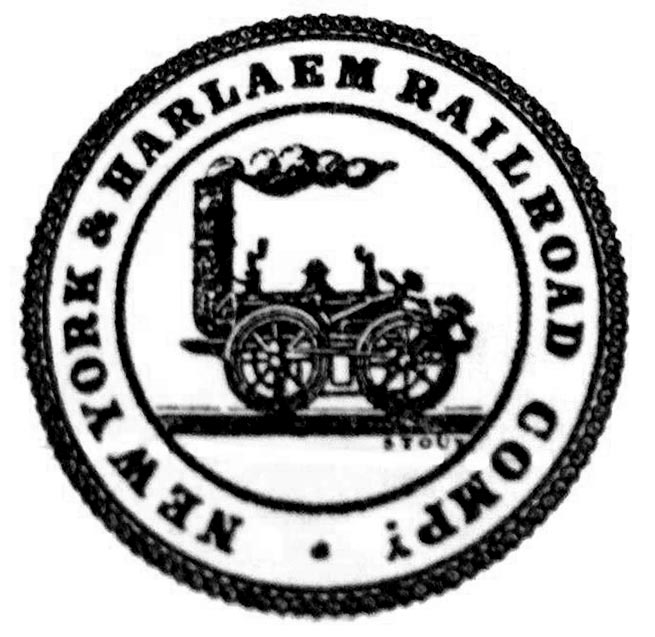 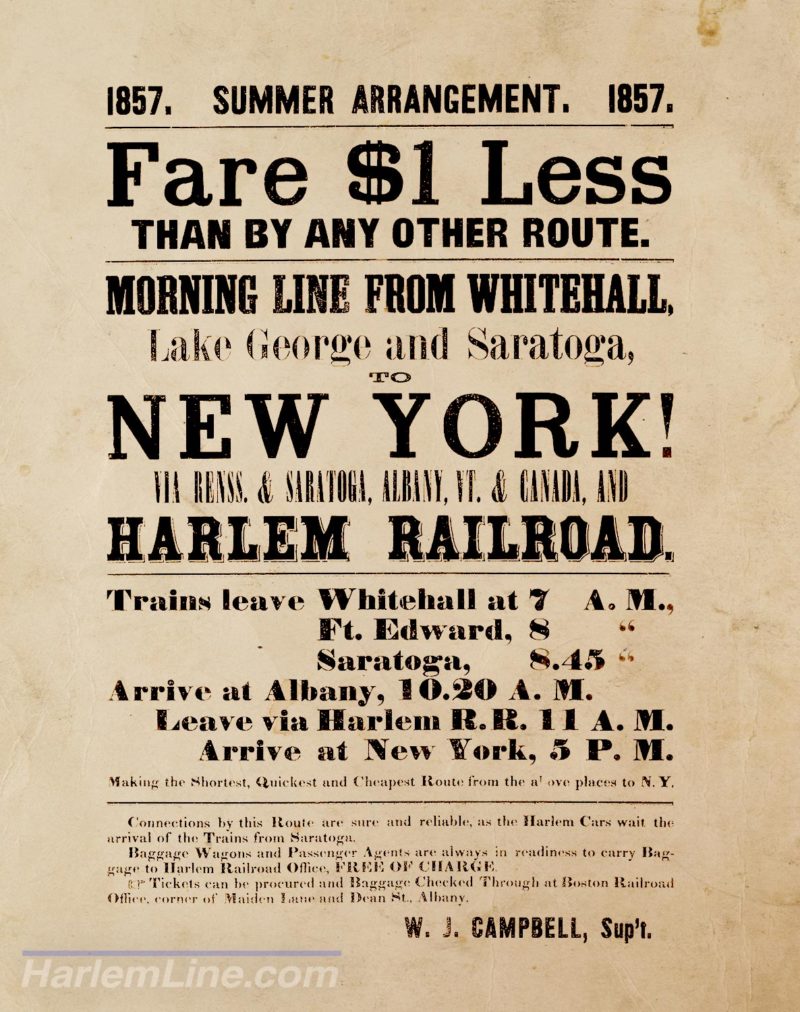 The summer arrangement from 1857 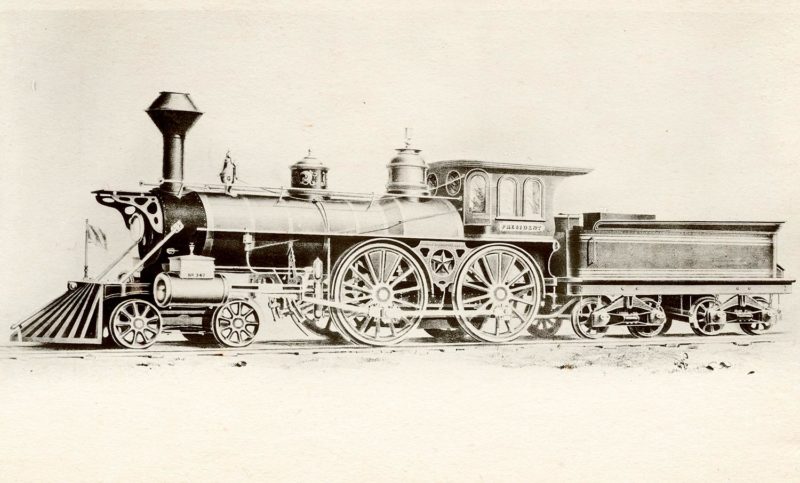 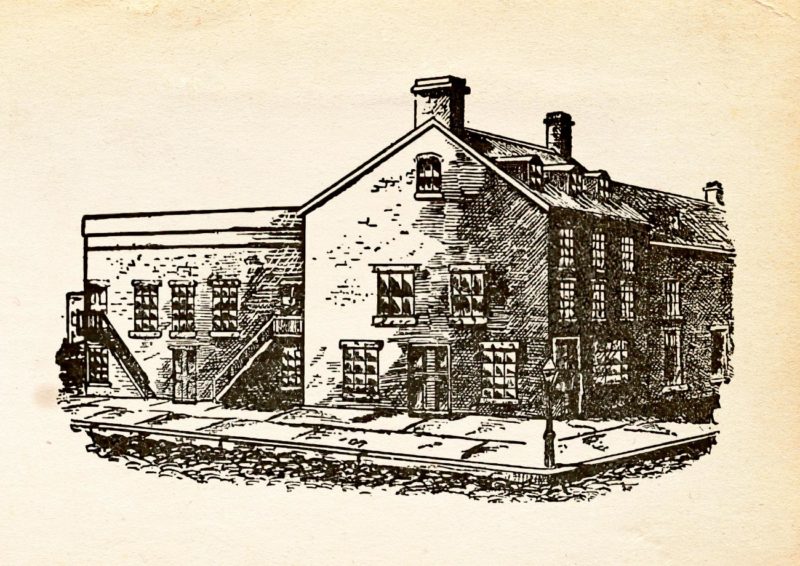 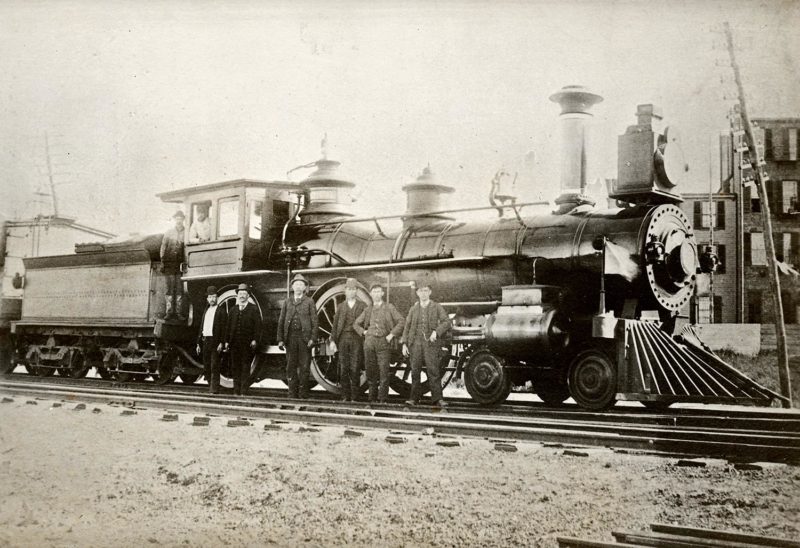 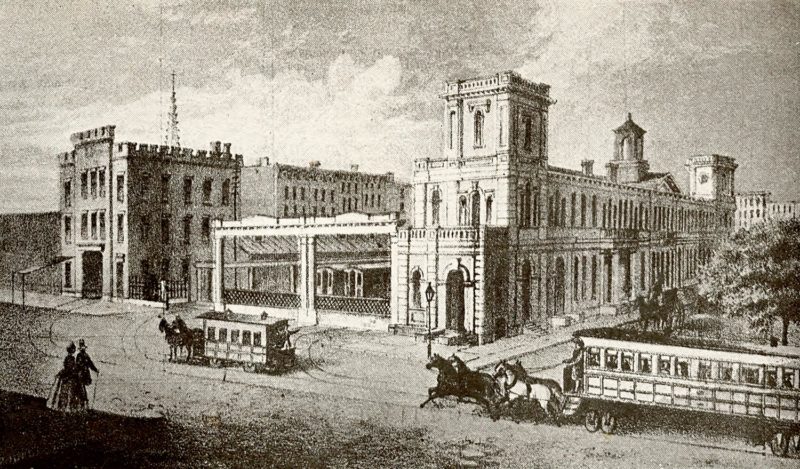 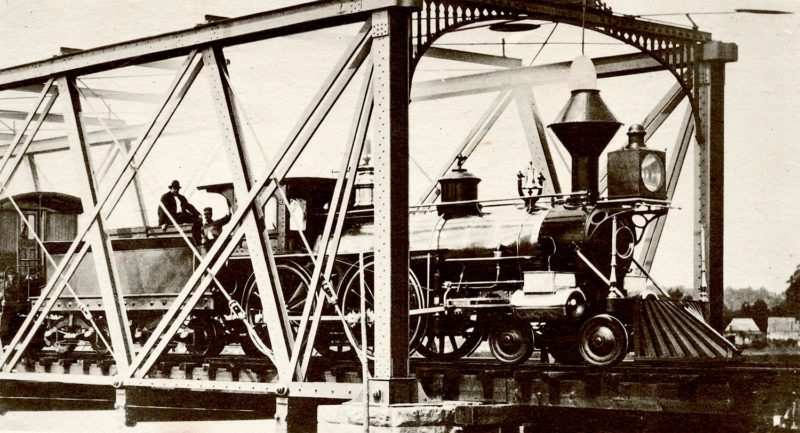 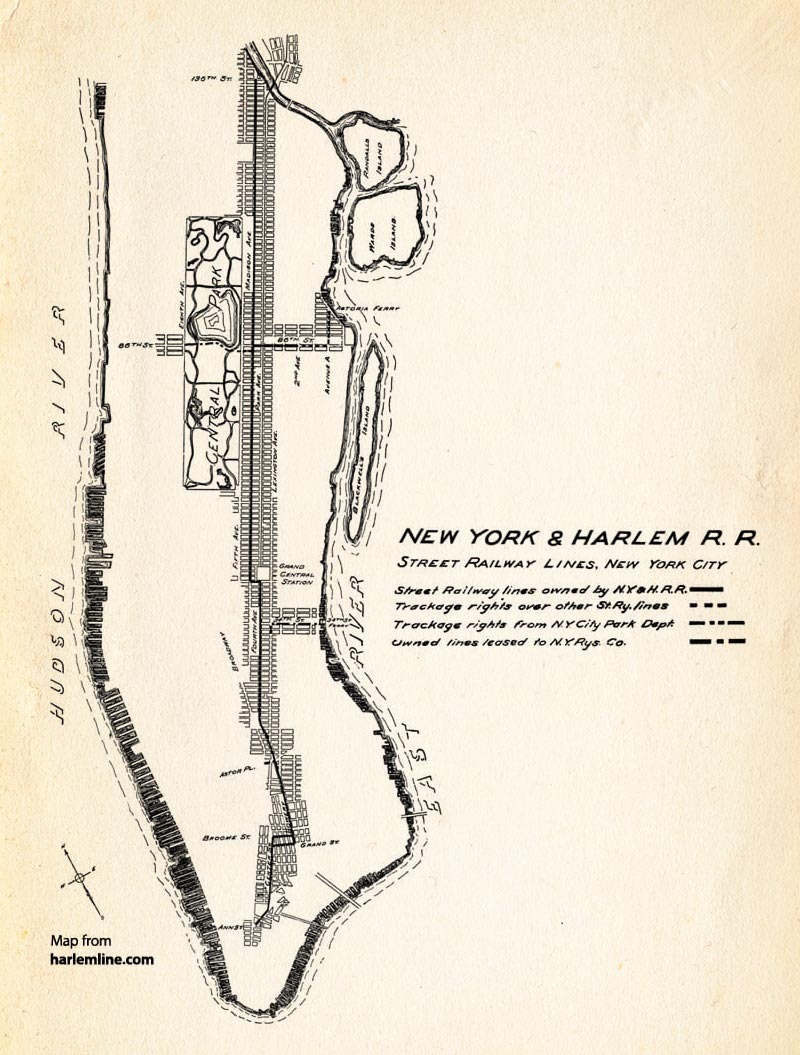 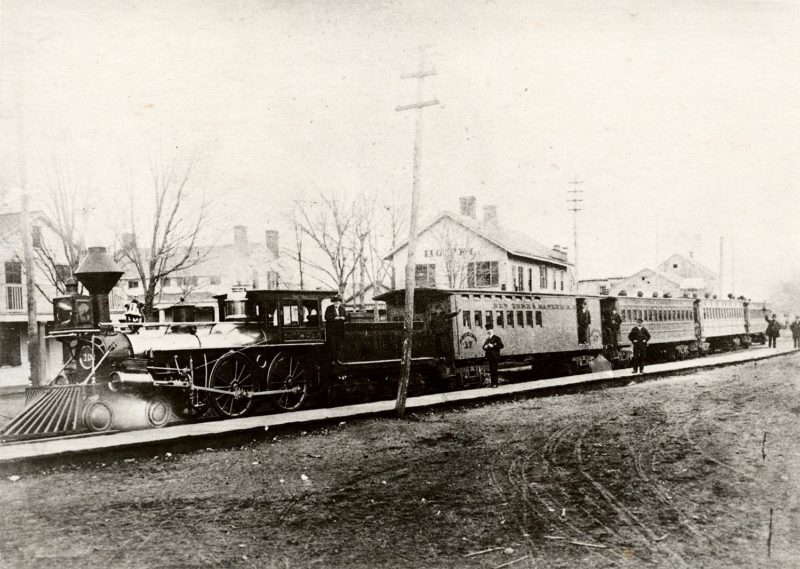 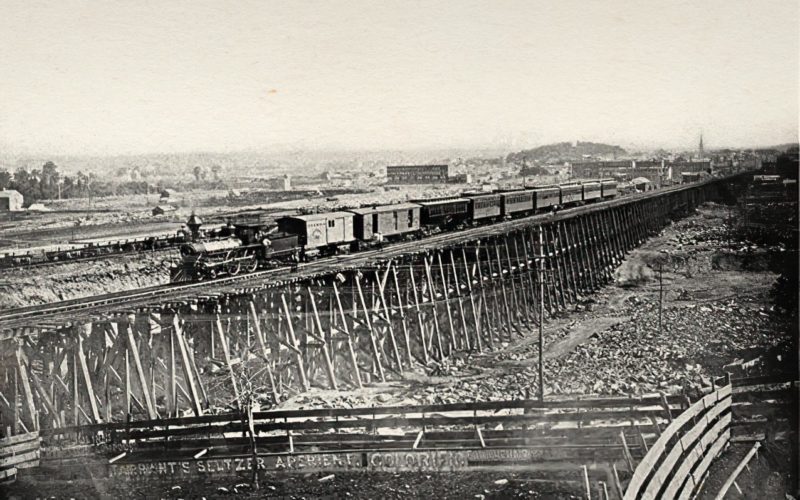