Today as a graphic designer, I have various different methods for catching your attention in an advertisement. Attractive imagery, and most importantly, color, are major ways a designer can catch your eye. But what if we’re talking about design well over a hundred years ago, when color printing and photography wasn’t around? Although using various typefaces is certainly an option, my personal favorite tactic of yesteryear is the pointing finger. You know things are serious when that finger comes out! 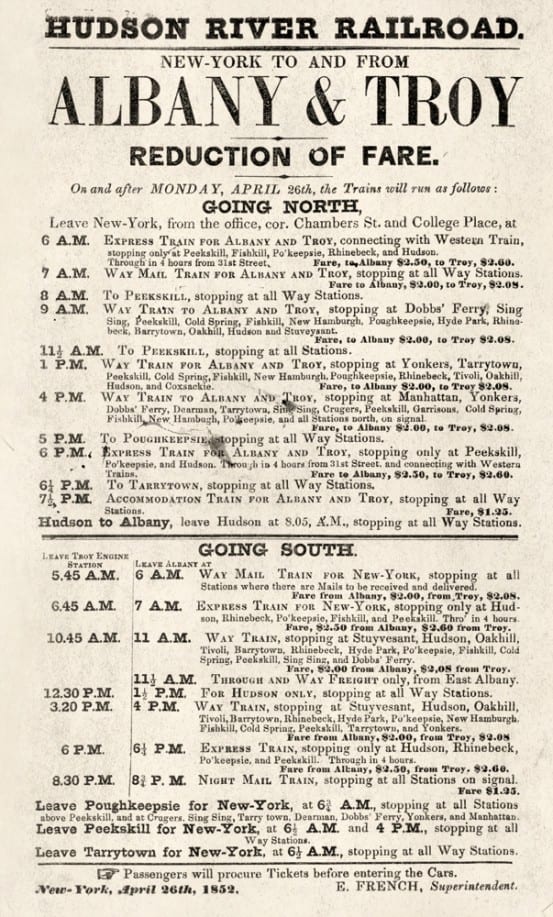 The Hudson River Railroad schedule above, printed in 1852, makes use of the pointer finger in a very small way – it is visible at the very bottom. But what if you really wanted to get people’s attention? You can’t make it red, so clearly it needs to be BIGGER!

Bigger. Like this. You will never forget the number 9!

That is a HUGE pointer finger! Guess you better remember to buy your train tickets at the Union Ticket Office, at the 9 Astor House! Note that this 1861 ad makes additional use of the finger in a smaller way – highlighting the fact that they sell tickets to all railroads, not just the Hudson River Railroad or the New York Central.

Next advertisement I design, I think I am going to stick a big pointer finger in it. We’ll see how well that goes over… 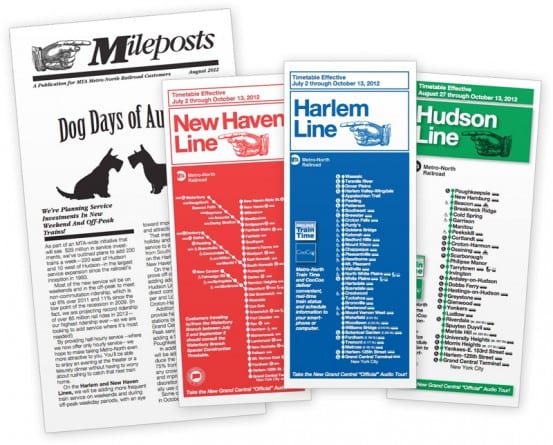 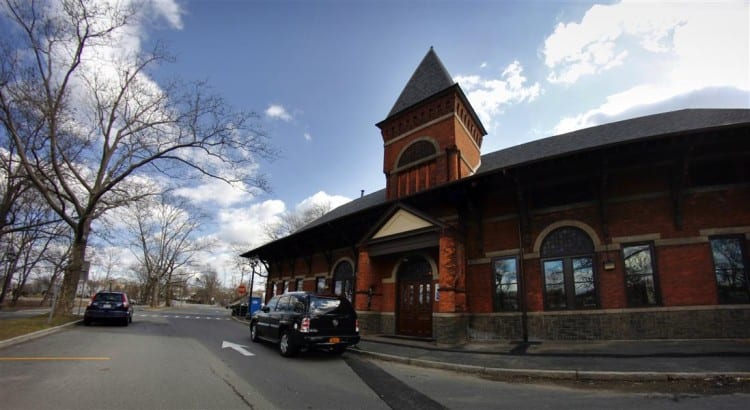 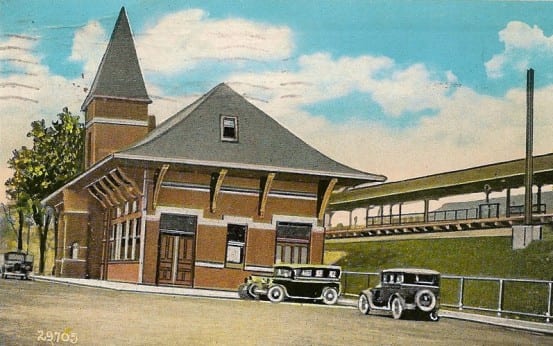 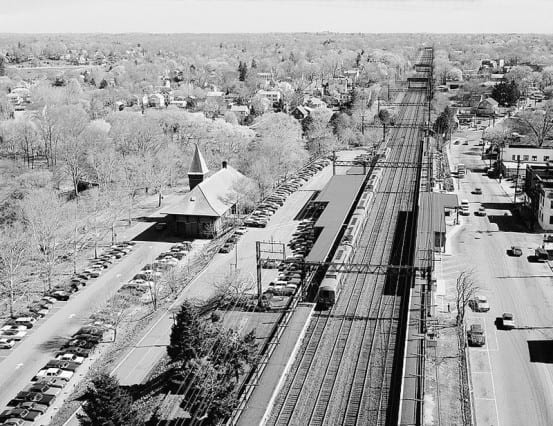 Aerial view of Mamaroneck. The old station is to the left, away from the tracks and platform.

Welcome to one of the final Tuesday Tours of the New Haven Line. Our stop today is the delightful village of Mamaroneck. I had every intention of posting Mamaroneck last – I even had Darien’s tour ready to go – but I happened to get a sneak peek of the newly-restored station over the weekend, and couldn’t resist posting it right away. The station, built in 1888 in the Richardsonian Romanesque style (which, admittedly, is one of my favorites), is certainly one of the nicest (and second oldest) on the New Haven Line. However, like many old stations, the condition of the building had degraded, and it needed a lot of work. Metro-North, who owned the station, was having difficulties finding someone to lease the place in the condition it was in. Without the funds to renovate the station themselves, Metro-North instead listed the station for sale in 2007.

Though various parties were interested in the station, it was ultimately sold in 2008 to John and Chris Verni of Verco Properties, for $1.25 million. Renovations began after a formal groundbreaking ceremony on April 22, 2010. During my first visit to Mamaroneck last September, I happened to get a few shots of the station while the restoration was in progress. It didn’t look like too much had been completed yet, but I was feeling very optimistic about this place, and knew I would return at some point.

END_OF_DOCUMENT_TOKEN_TO_BE_REPLACED