Last week I posted about the Park Avenue Tunnel Wreck in 1902. The engineer of the train involved in that wreck was named John M. Wisker.

I was curious to know the fate of this man after the events of the wreck. He was put on trial for manslaughter for the deaths in the wreck, but was ultimately acquitted. I can only imagine the emotional toll this all took on him. From the start of the whole ordeal, he was blamed for the wreck. Newspapers questioned his experience as an engineer. He was even held in jail for a short time.

This was a gruesome crash. Newspapers described some victims as boiling to death from the steam of the engine. Telescoping is a term that you don’t ever want to hear in a sentence alongside anything having to do with rails. Imagine a collapsible telescope, and how the tubes slide into one another to become smaller. Now imagine the same thing in a rail collision: the force causes the cars to collapse into one another, one car sliding inside the others, resulting in heavy casualties.

In 1903 Wisker’s trial began, and later on that week he himself testified about the unsafe conditions of his locomotive. On April 25th, Wisker was acquitted. The emotional toll on the man was clearly evident as the jury read the verdict. He was described as “on the verge of nervous collapse” and “he trembled so violently that he had to be helped to his feet by [his lawyer]”. “He is but a shadow of the big sturdy fellow who was arrested the day of the fatal collision in the Park avenue tunnel.”

It would be nice to know that this man lived a long and productive life after this ordeal. However, in 1909, a work-related accident claimed John M. Wisker’s life. He was age 40. At least he lived long enough to see the beginnings of electric service, and the start of construction on the new Grand Central, both results of the crash in 1902. 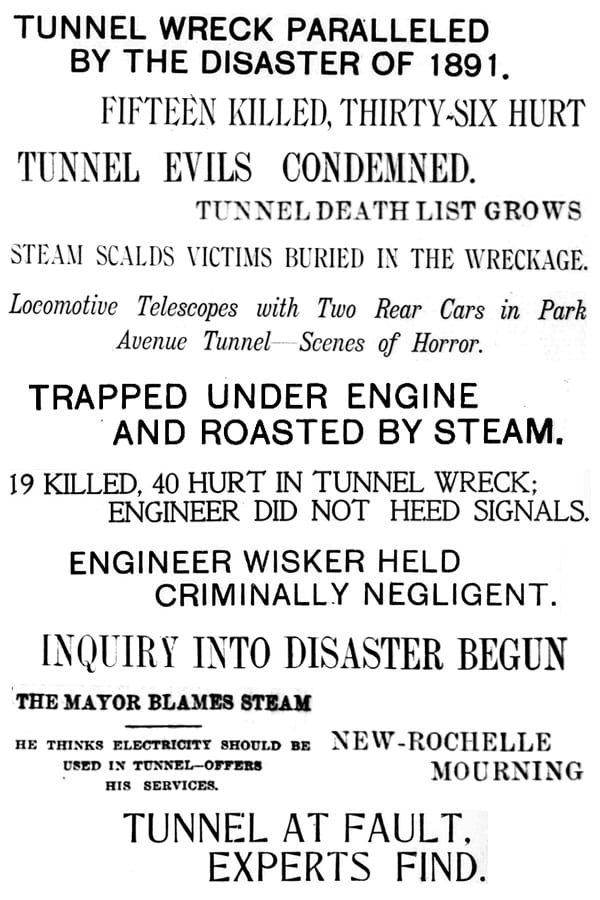 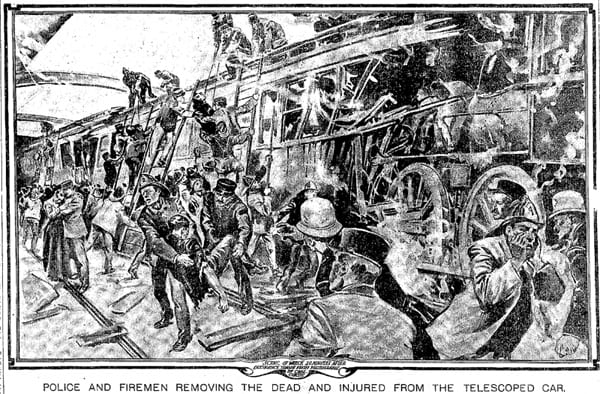 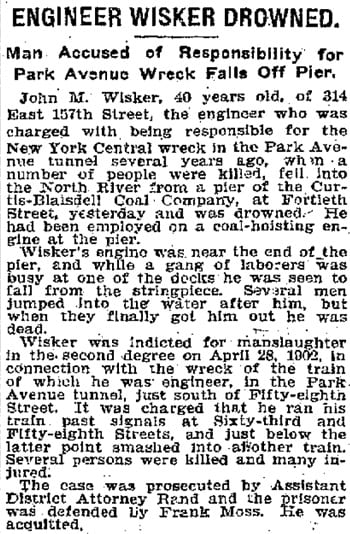