Quite a while ago I started up a minor project, what I called the Historical Archives. My goal was to collect as much old paper history of the Harlem Line and assemble a museum of sorts – timetables, maps, tickets, photos, and news articles – digitize it, and put it online for everyone to view, completely for free. (There are folks in the city that have better collections than I, such as the Transit Museum and the NYPL, but these are kept under lock and key, and you can’t have them unless you shell out the dollars.) Anyways, the more I added to the archives, the clunkier the directory page that listed all the entries got. I wanted to arrange it in a better way – especially the timetables. I’ve been working on just that for the past week or so, putting all the timetables in a special catalog that you can view with a short description and thumbnails. If you see something you like, you can click on it and go to the main entry for that item with a larger image. I think this is much easier.

In honor of the new catalog I thought it would be fun to show some of the earliest timetables that I have in the collection. The first is from 1871, when Cornelius Vanderbilt was still president of what was known as the New York and Harlem Railroad, with his son William Henry as vice president. 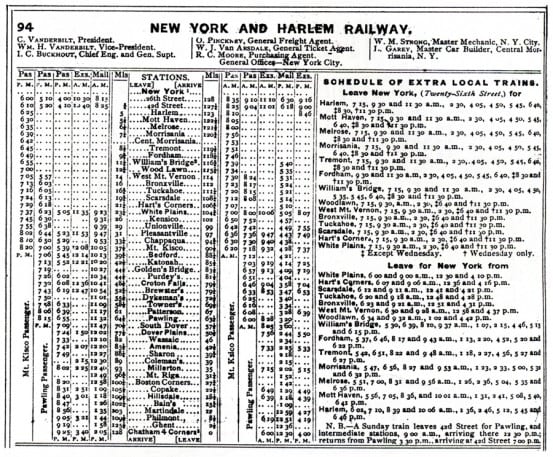 Note the first station is 26th Street, the first Grand Central Depot was only opened later in the year. At the time of publication Hartsdale was still known as Hart’s Corners, Hawthorne as Unionville, and Craryville as Bain’s. Bedford did not have the “Hills” added yet, and Purdey’s was the spelling used, as opposed to today’s Purdy’s.

The timetables below are from 1890, 1909 and 1914. The center timetable, from 1909, is important historically because at this time Grand Central Terminal was being constructed, as the older Depot was being demolished. Despite that, train service still needed to go on interrupted, and a temporary platform at Lexington Avenue was used. The timetable makes note of this on the front, directing riders to the temporary terminal. 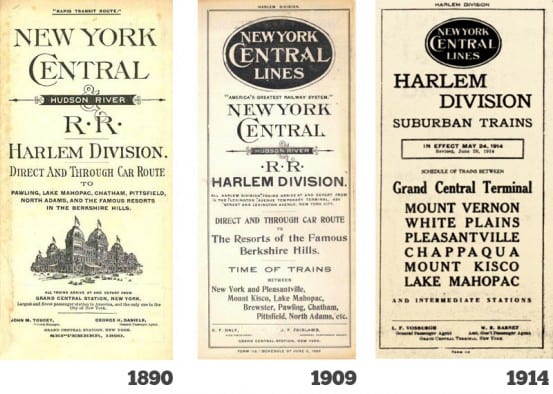 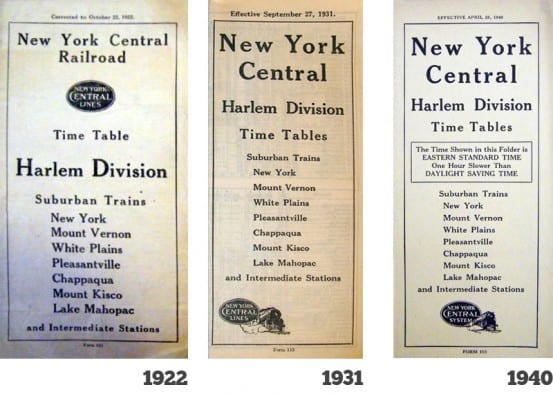 The timetables above are from 1922, 1931 and 1940 and list service to Lake Mahopac, a branch of the Harlem that diverged at Golden’s Bridge. Below are timetables from 1958 and 1964. Service on the Mahopac branch was discontinued in 1959, and so the timetable from 1958 is one of the last to list that service. 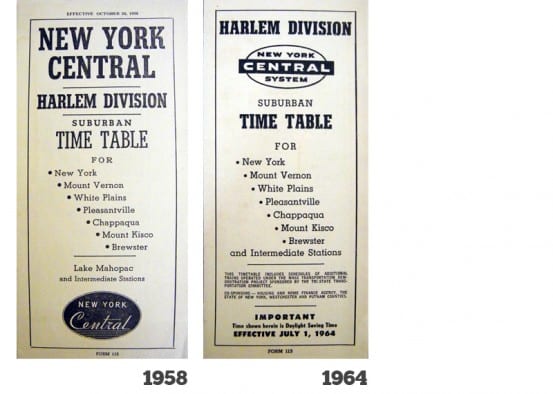 Not long after that 1964 timetable the New York Central merged with the Pennsylvania Railroad to form the Penn Central. Although the service was not the best, in my opinion the Penn Central had some of the nicer timetables in the collection. But that is a post for another Friday. Enjoy the day, and the weekend everyone!

As an additional note, I thank the Danbury Railway Museum’s library for giving me access to their collection of timetables to digitize. If anyone out there has some timetables that I don’t have listed, I would love it if you could contact me and send me a scan so I can add it into the catalog. 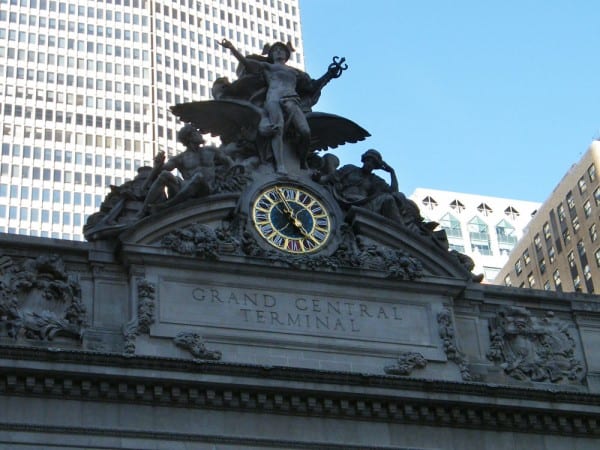 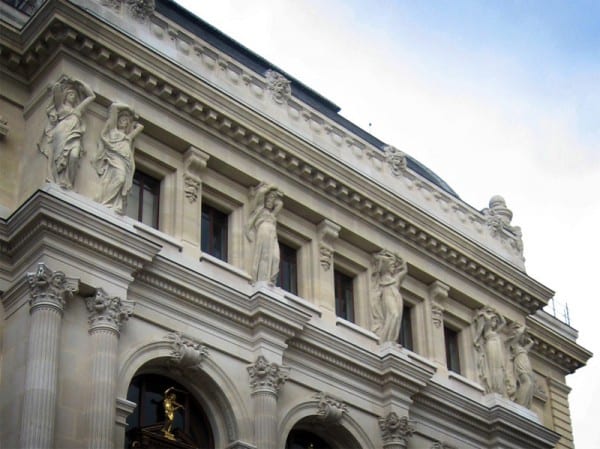 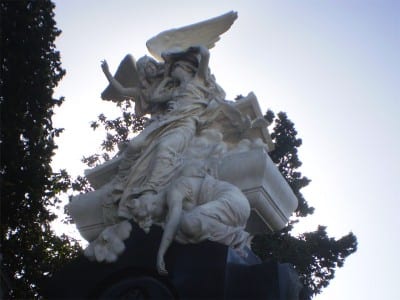 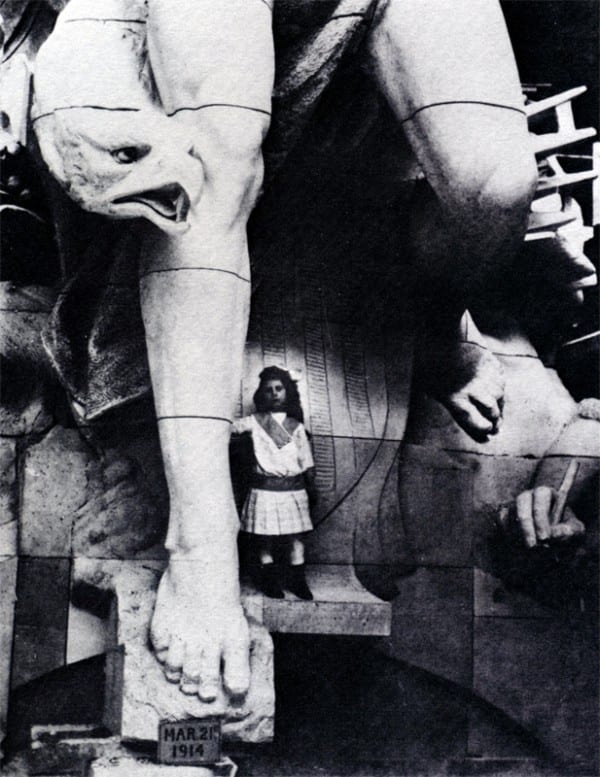 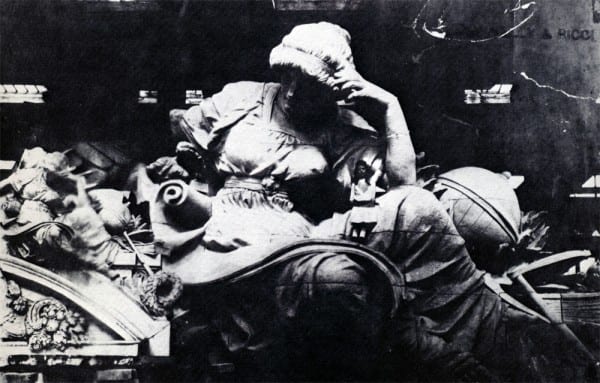 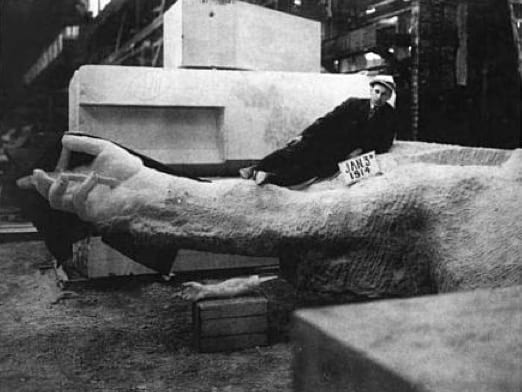 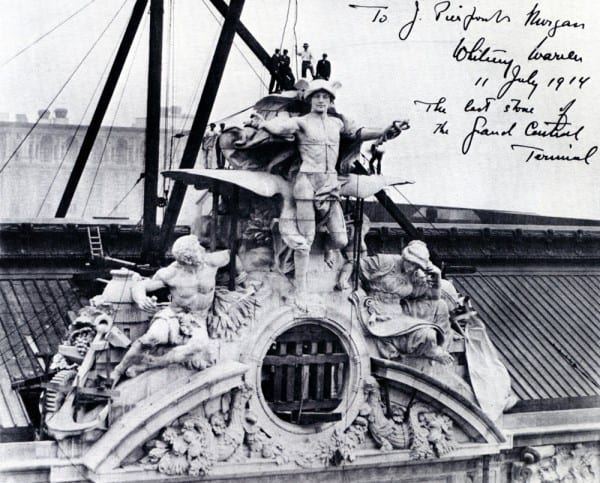 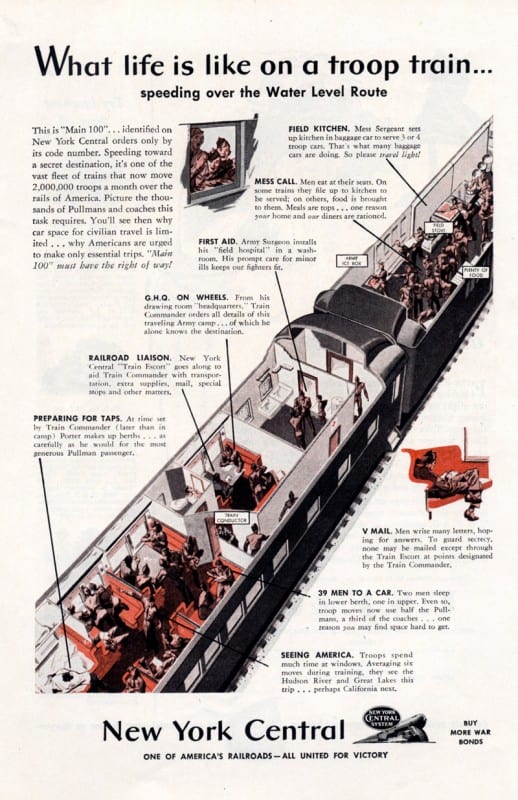 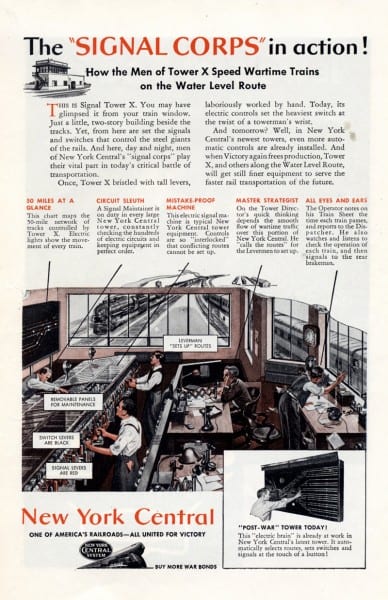 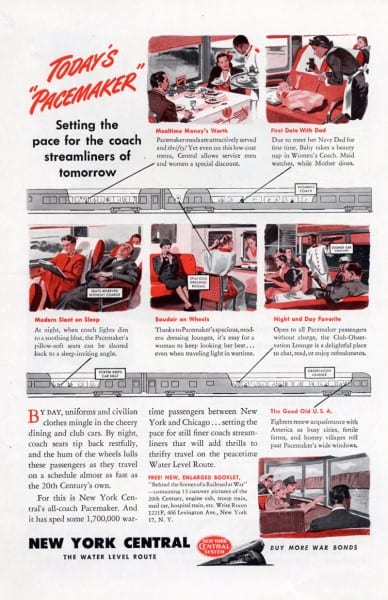 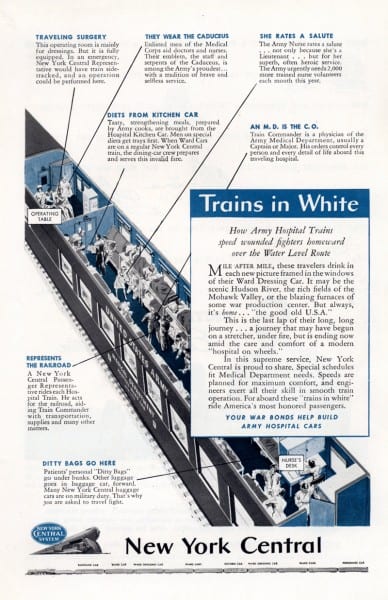 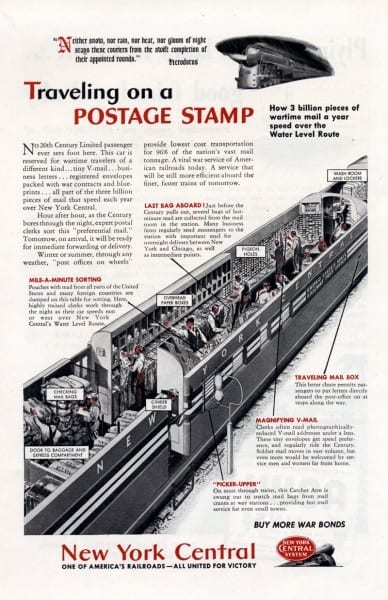 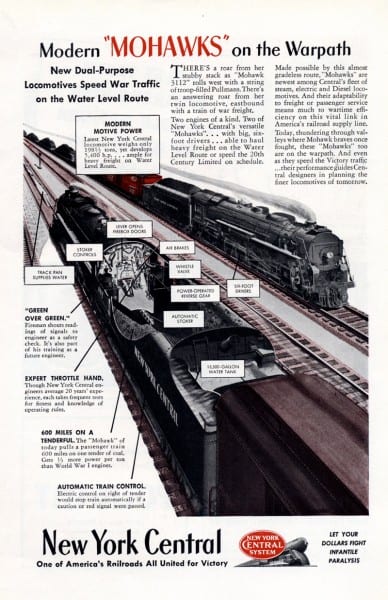 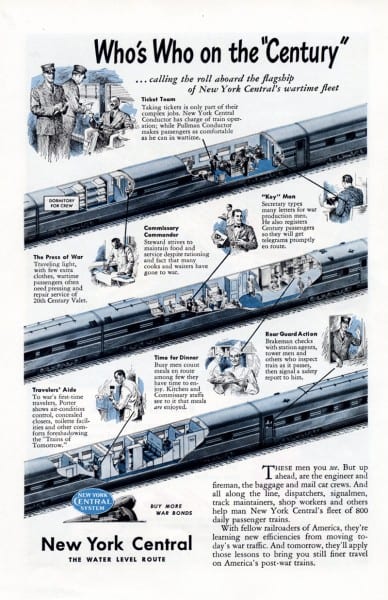 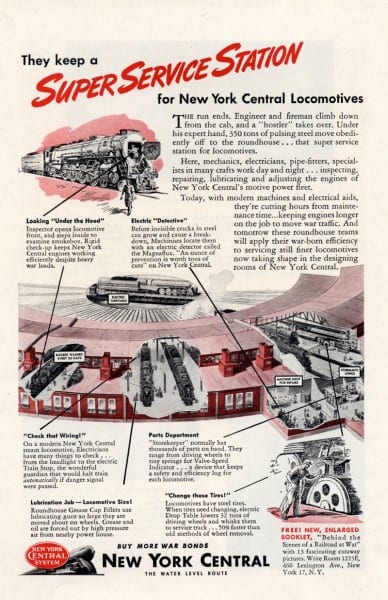 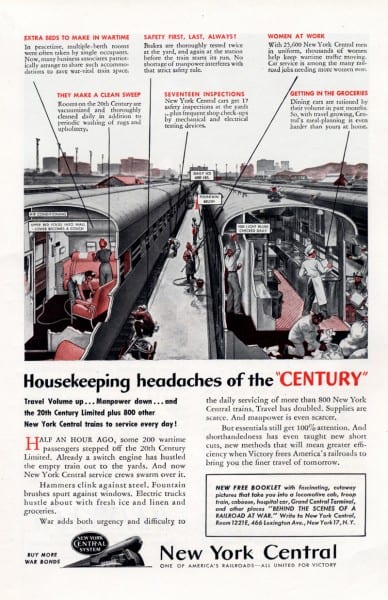